Docu-series On Vintage Toy Stores Coming
Posted by Jeremy on March 25, 2020 at 07:39 PM CST
Showcasing vintage toy stores in this as yet un-named documentary series that will air on Amazon Prime Video, Vimeo, and YouTube from the middle of April, the Nacelle Company hopes to show how life goes on in the new normal, however short or long-lived it will be.

Brian Volk-Weiss, Nacelle's CEO explains that "We wanted to do something that was entertaining, but also helpful for these wonderful stores who have brought so much joy to our lives, and supported our show from the beginning."

With two half-hour episodes a week, the TV company that brought us The Toys That Made Us will show "how they keep their shelves stocked with unique items and how they are navigating such a specific market" reports Deadline, in their exclusive reveal. 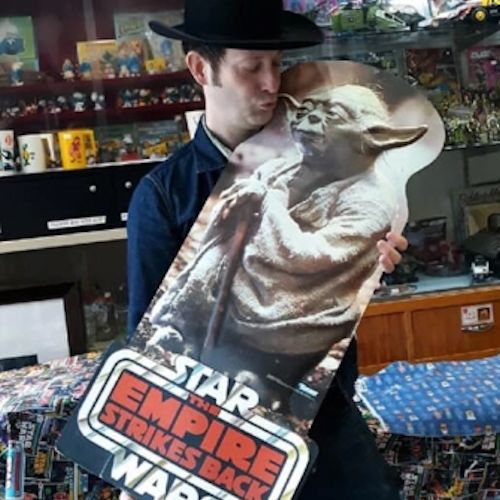 Though the series looks at toys from the past it also keeps the content current by looking at how each of the featured stores is faring under the COVID-19 crisis.

You might not think that the plight of the vintage toy store would be worth the focus of a TV documentary series, but Nacelle Company does, and they're going to donate some of the series' profits to each of the featured stores, which include:

Featured in the first episode is Billy Galaxy, owner of Billy Galaxy Vintage Toys and Collectibles, who says The Nacelle Company has taken a personal interest in the livelihoods of toy dealers across the globe. This shows the genuineness of the enthusiasm and respect for the topic that made their Toys That Made Us series such a hit. I am honored to be a part of this show.

Have your collecting habits been affected by the coronavirus? Check out our latest poll and let us know how you are coping.
SEND