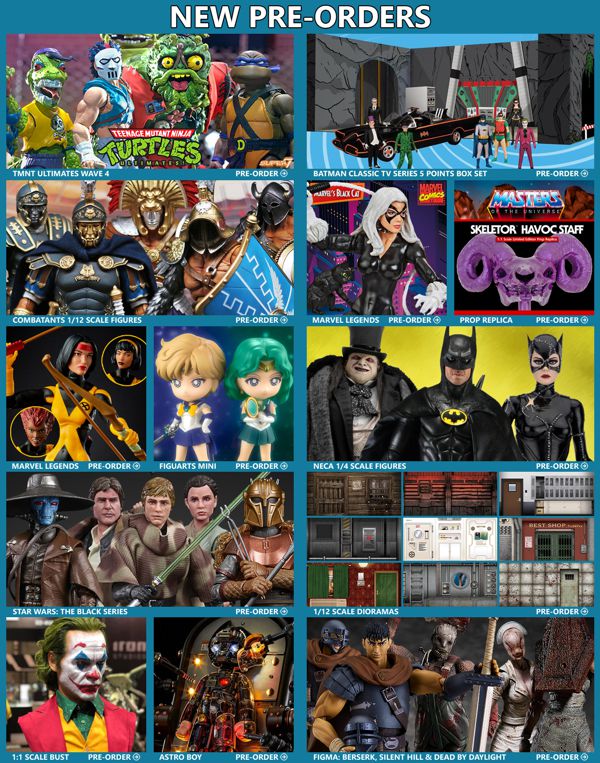 ------------
NEW ARRIVALS
------------
Based on the Batman: Hush story line, The MAFEX Batman is a fully articulated figure that features a poseable wired fabric cape and several accessories including an unmasked Bruce Wayne head sculpt. Darth Vader is here from The Empire Strike Back in the Black Series line. All Might joins the Amazing Yamaguchi action figure series! Standing about 7.5 inches tall, All Might boasts 32 points of articulation for extreme posing possibilities and includes a wide selection of accessories. MOTU and TMNT fans can now have their favorite figures as micro action figures. 52Toys MegaBox series has created the iconic Power Loader from Aliens in mini form. This Power Loader figure can change from a heavy duty alien battling machine to a compact cube form. Anyone looking for some G.I. Joe nostalgia can pick up the G.I. Joe sunglasses and call back one of the great action figure lines of all time. 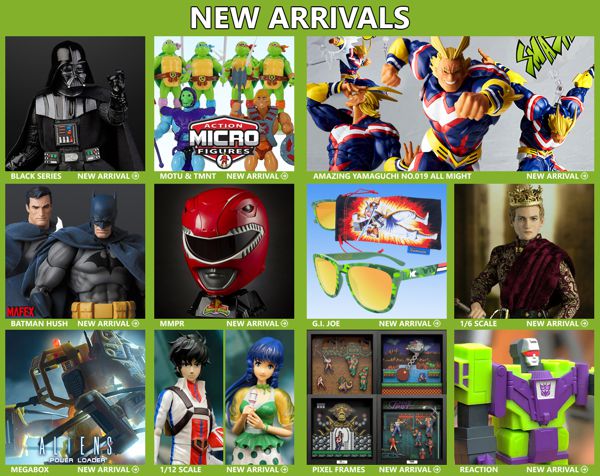