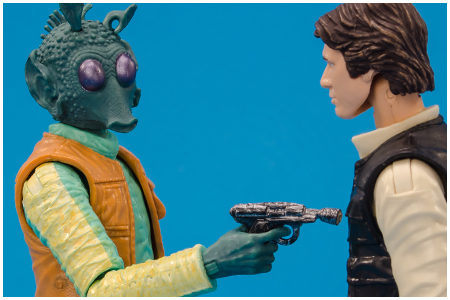 Bounty Hunter
Revealed on EntertainmentEarth.com over four weeks--starting in June of 2013--via a series of images depicting the figure's development process, Greedo was released in October of 2013 as part of the second wave of figures in Hasbro's 6-inch scale The Black Series line.
U.S. Product Packaging

What's In The Box?
About This Figure
Promotional Material

« Back To The Black Series 6-Inch Figures