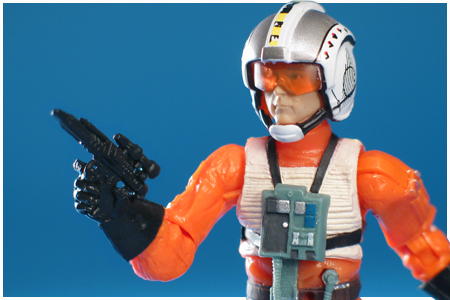 The Vintage Collection
The fourth wave of figures in Hasbro's 2012 Vintage Collection featured five new figures included the long-awaited (and completely warranted) updated Dr. Evazan from A New Hope, Aayla Secura from Revenge Of The Sith, Kithaba (Skiff Guard) from Return Of The Jedi, the 501st Clone Trooper from Revenge Of The Sith, and the Expanded Universes Nom Anor.

This collection began hitting shelves in April 2012, and the initial releases feature an easy to remove sticker advertising the "Life-Sized Darth Maul Statue" giveaway. All these figures also feature a packed in pamphlet with additional details on the giveaway.