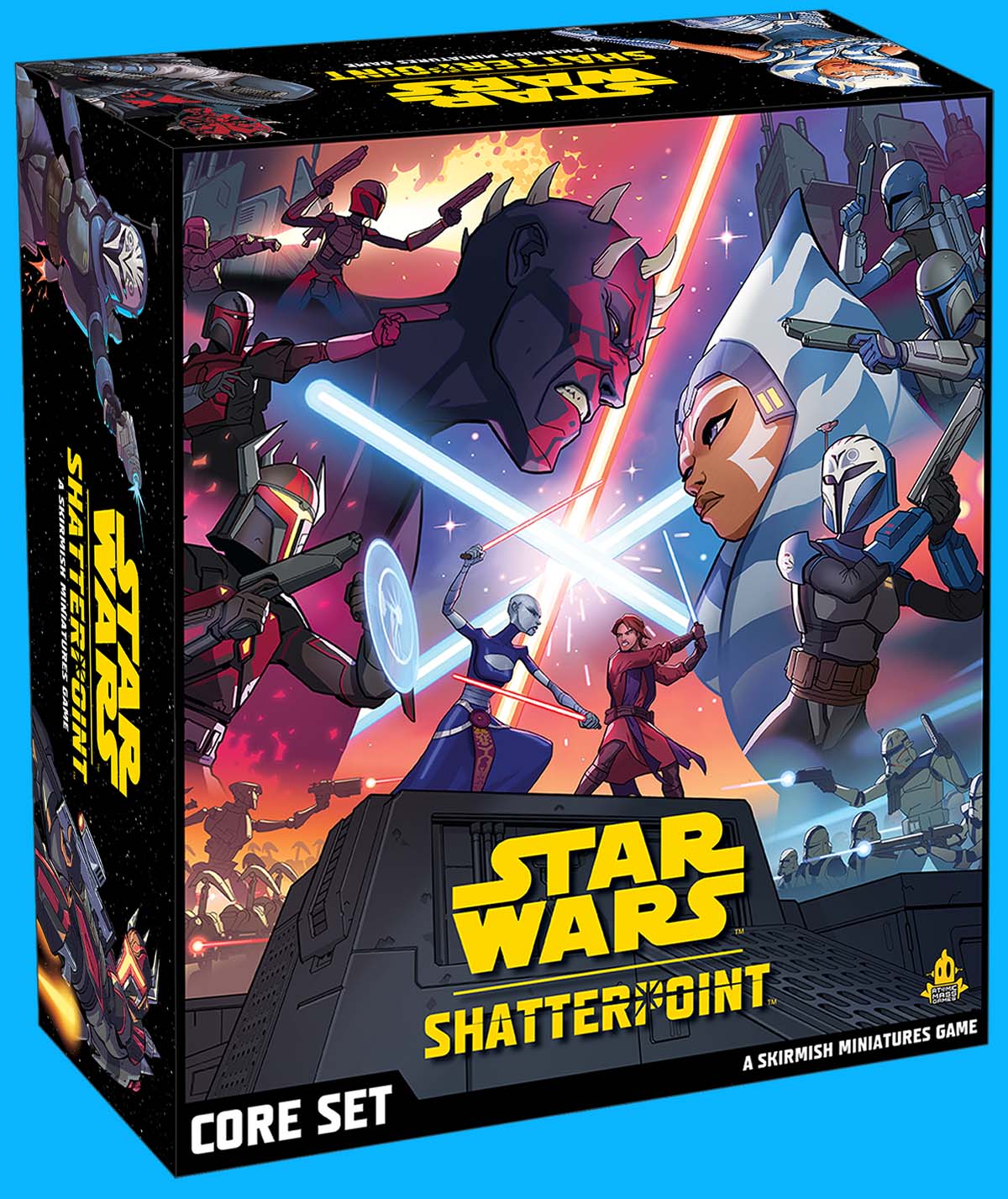 The Star Wars: Shatterpoint game empowers players to alter the fate of the galaxy, from the Core Worlds to the Outer Rim. Players build and command a strike team composed of iconic Star Wars characters and pit them against each other in exciting battles.

Get a sneak peek at the game in this trailer:


Star Wars: Shatterpoint Key Features:
The design and development of the Star Wars: Shatterpoint miniatures game is really our love letter to the excitement and energy of being a kid on Saturday mornings, said Will Shick, director of product development at AMG. We wanted to take all the great things about Star Warsthe action, the adventure, and the iconic charactersto create a Star Wars miniatures game experience that felt like it had come straight out of the animated lineups of the 80s and 90s. To say it was a dream come true to work with such a talented group of artists, sculptors, and our awesome team at Lucasfilm to create new versions of the iconic Star Wars cast in this style would be a complete understatement.

Well Rebelscum, does the new game from Asmodee and Atomic Mass Games sound like something you would like to try out with your rebel friends or family at your next gathering? Let us know in the forums!