Star Wars collecting is an intricate hobby and can be confusing not only for beginners but often for the most experienced collectors as well. Its very important for collectors to learn as much as they can about the hobby while theyre involved with it so they can familiarize themselves with specific subjects and avoid making costly mistakes.

Before the proliferation of the Internet, people looked to books and magazine articles to build their knowledge base but now, with the relative ease involved in setting up a website, most collectors turn to Internet resources such as Rebelscum.com or The Star Wars Collectors Archive for their information. But collectors should not overlook the importance of building themselves a Star Wars collecting reference library. Older books like Steve Sansweet's "From Concept to Screen to Collectible" and "Star Wars: The Action Figure Archive" and Jim McCallum's "Irwin Toys: The Canadian Star Wars Connection" are essential additions. One newer publication is also a must have: John Kellerman's Vintage Star Wars Action Figures: A Guide for Collectors - a 256 page, full-colour book that not only offers in-depth coverage of key vintage topics but also includes comprehensive matrices for Front-Back combinations of Kenner card backs and for proof cards. Its a book that has been touted by many as one of the most important works on the subject to ever be published. (See our book review from October, 2003 here ).

Like many older collectors, John Kellerman's earliest experience with Star Wars came from his first theatrical viewing in 1977. But unlike the children of that era his first experiences with Kenner's action figures didn't come from asking his parents for them  instead it was John who was buying them for his children! John admits that although he's always been a collector of something all his life, he had no thoughts of collecting Star Wars toys back in those early years. It wasn't until 1990 when he stopped at a garage sale and noticed a few Star Wars items still in their original packaging (a Yoda nightlight, and a bar of Darth Vader soap) that he decided to pursue it as a hobby. John started going to local flea markets and toy shows hunting for more and was ultimately hooked after reading the aforementioned "From Concept to Screen to Collectible" by Steve Sansweet.

After collecting anything and everything Star Wars for close to a year John finally decided to focus specifically on action figures and all things related. During this time John felt that there wasnt enough meaningful reference material on the subject. He felt that most of the magazine articles and books didnt have enough information in them and often conflicted with one another - nothing had the level of detail he was looking for. Between 1992 and 1995 John began meticulously keeping track of his collection and documenting the many variations he was encountering. These notes became the early foundation for his book.

But writing a book isn't all sunshine and lollipops. It's a long and arduous process that requires a great deal of hard work and research. From inception to completion "Star Wars Vintage Action Figures: A Guide for Collectors" took nearly 10 years before it was available to collectors and several challenges presented themselves during that period. The biggest challenge that John faced was trying to make the book as complete and accurate as possible. Needless to say the research involved was staggering and John wanted to have photos for most everything covered in the book. The majority of the items featured are from Johns personal collection, which took years to build, but there were some instances where he had to go about locating photos for some of the missing items.

Once the material was accounted for and the manuscript was written John then had to take on the task of actually publishing the book. Initially he had hoped to find a Lucasfilm-licensed publisher to handle this but none were interested in publishing a book on collectibles. This presented yet another hurdle for John. Instead of giving up and letting the project flounder he decided to self-publish the book. By doing this John ended up with total control of the design and layout of the book; he didn't have to coordinate with anyone else or to convince others to upgrade the quality of the paper, go with a hardcover, make the entire book colour or to use large photos. Unfortunately it also meant he didn't have the mainstream distribution and publicity engines provided by the big name publishing houses at his disposal  so John had to do all of this on his own as well, all while trying to find the time to work a full-time job and spend time with his family.

Fortunately, all of John's hard work paid off. The book has been extremely well-received by the collecting community. The hardcover, full-colour format, the information it offers and the range of topics covered all make this book a must have for hobby libraries. But for many readers it's the Front-Back (F-B) combination and proof card matrices that make this book so appealing. John spent a considerable amount of time creating and developing the language of these matrices so they were both meaningful and easy to reference.

For those of you who have yet to pick up "Vintage Star Wars Action Figures: A Guide for Collectors" all of this might sound a little confusing. The F-B matrix is the author's attempt to catalogue all of the different combinations of US card fronts and backs that a character can appear on. For example, there are nine different types of Empire Strikes Back card fronts but there are twenty different backs and to date Chewbacca has only been identified on eight of these combinations.

The F-B variations are a great example of how Kenner marketed their figures. They used the card backs to promote more action figure buying via their printed and stickered offers. Kenner often attached stickers to use up old card stock (i.e. the Collect All 32 stickers placed on 12 Back cards) and these are but a few of the F-B variations that exist; offering new challenges for the character-focused collector.

Needless to say, with 21 different fronts over 4 card styles (SW, ESB, ROTJ, POTF), 53 different backs, and a grand total of 94 figures (not including figural variations) released during Kenner's run, creating and cataloguing this matrix has proved quite a challenge  and it's by no means complete. In fact, John only intended for the matrices in his book to be a starting point. He believes that many of the missing entries possibly exist and hopes that with the help of the collecting community many of the missing entries can be filled in. However, John has no plans to publish a second book, which leaves a void surrounding the future of the matrices; a void we here at Rebelscum are pleased to fill.

Rebelscum.com is pleased to announce that we have partnered with John Kellerman to create the Kellerman Book Matrices  a new site section where collectors will be able to download updated PDF files for both the Front-Back Combinations and the Proof Card matrices found in Vintage Star Wars Action Figures: A Guide for Collectors. To get the most out of this section and for in-depth definitions of the language used in the F-B and Proof Card matrices, collectors should refer to Chapter 3 and Chapter 7 respectively of "Star Wars Vintage Action Figures: A Guide for Collectors" which can be purchased directly from the book's Official Website.

To help complete the matrices, collectors are encouraged to send submissions to John directly at kellerman@rebelscum.com

In order to ensure that each submission is accurate we ask that you adhere to the following guidelines when submitting photos.

With your continued help the Kellerman Book Matrices will be one step closer to completion! 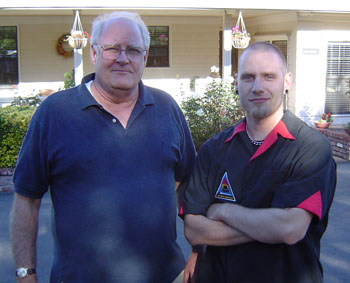