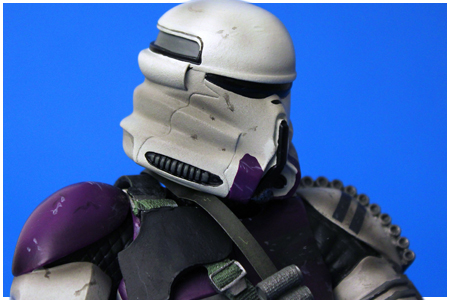 Collectible Mini-Bust
Mace Windu was once a dedicated diplomat, but the nature of the Clone Wars has left him little choice but to become a true Jedi warrior. The Clone Commander leads a team of clone troopers into battle to protect the Jedi Temple. He uses a series of hand signals to direct and position his battalion as they battle the invading droid army. These clone troopers follow their commanders orders and fight to protect the Jedi Temple.

Released in 2010, The Airborne Commander was the fourth mini bust available exclusively through the Star Wars Shop store. Wondering why you dont recognize this clone from Revenge Of The Sith? It wasnt in the film, and is actually based on an Expanded Universe character.