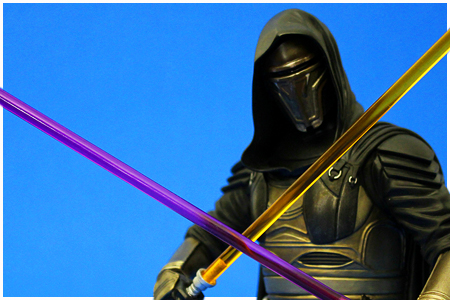 Collectible Mini Bust
Darth Revan is arguably one of the most important characters in the Star Wars Expanded Universe. A human of unknown origins, he was trained as a Padawan on Coruscant and at the Jedi Enclave on Dantooine. Contributing to the mass genocide of the Mandalorians and fighting under the guise of both Sith Lord and Jedi Knight, Darth Revan helped defeat the Sith Empire he had established. Revan is first physically seen in the hugely successful Star Wars: Knights of the Old Republic video game.