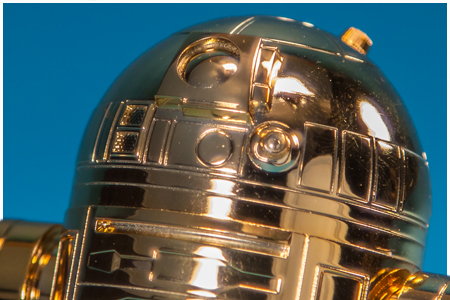 60th Anniversary ARTFX+ Statue
Presented as a gift to retail, licensing, and media partners, the Golden R2-D2 ARTFX+ figure celebrates the 60th anniversary of Kotobukiya. While the actual edition size has not been published, this piece's production run was extremely limited. Unlike the regular piece packaged in the C-3PO and R2-D2 ARTFX+ two pack, the Golden R2-D2 has a weighted trunk making it much heavier than the mass produced version. This gift was sent out to select partners in December, 2012.
Product Packaging