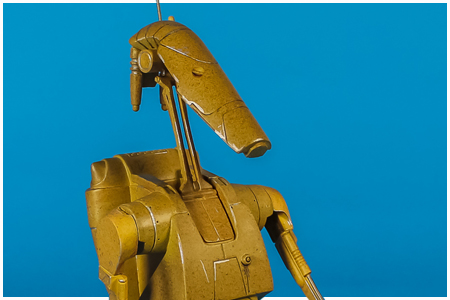 Mini Bust
The BI Battle droids were perhaps the most numerous and expendable-soldiers in galactic history, and, unlike most organic soldiers, they were capable of action in hostile environments like underwater or in space. They were designed, for the most part, to defeat their enemies through sheer numbers, not through the ability to think or skill, unlike their clone trooper rivals.
Product Packaging