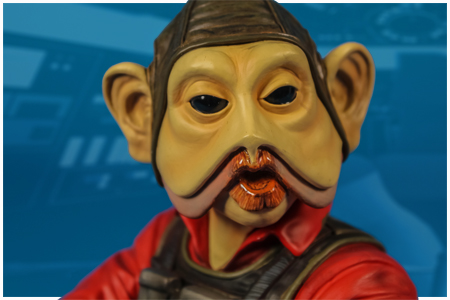 Mini Bust
The Sullustan flyer and smuggler Nien Nunb co-piloted the legendary Millennium Falcon with General Lando Calrissian during the Battle of Endor. Together, they flew directly into the center of the second Death Star, blowing up its reactor core and destroying the entire station with the resulting explosion. The bravery of Nien Nunb made him a legend of the Rebellion.
Product Packaging