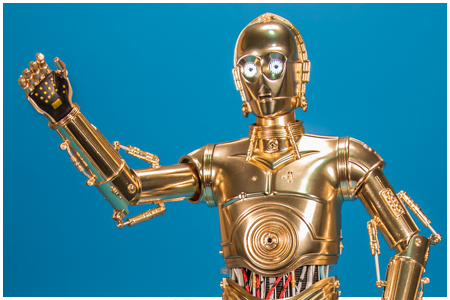 When it was first shown in Sideshow Collectibles' pavilion at the 2012 San Diego Comic-Con, Tamashii Nations C-3PO Perfect Model Chogokin figure turned every head that passed by and was often surrounded by astonished collectors pining for their opportunity to add this beautiful figure to their Star Wars display. Over the course of the next several months, the figure was perfected and by the time we saw it again at the 2013 International Toy Fair, was flawless.

Between these two showings, Tamashii Nations displayed two earlier prototypes of C-3PO as well as his counterpart, R2-D2, which at that point had not been revealed publicly, at the 2012 New York Comic Con.


What's In The Box?
About This Figure

« Back To Tamashii Nations