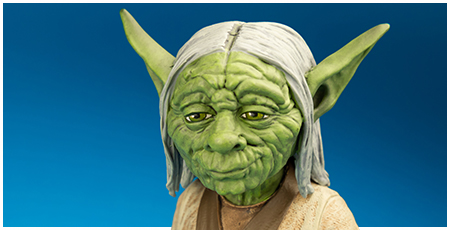 Among Gentle Giant's Star Wars-themed convention exclusives for 2018 were two Mini Busts, one of which was Yoda from their Concept Series shown on this page. Announced via press release on June 18th 2018, the Yoda Mini Bust was initially sold at Gentle Giant's booth at that year's San Diego Comic Con, while a limited quantity was also made available to members of their Premier Guild Collectors club. Pre-orders opened the same day as the press release, starting with the Platinum level, followed by Gold and Silver over the next two days, with the Mini Bust shipping out at the end of July.

Back To Gentle Giant Mini Busts