DARTH VADER
The Empire Strikes Back 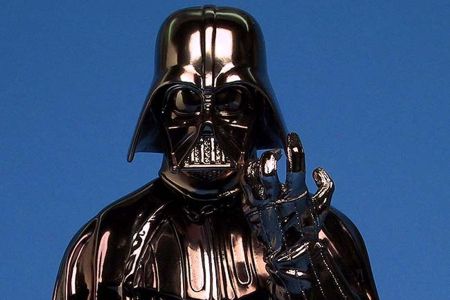 MBNA Exclusive Collectible Mini Bust
This smoked-chrome, limited-edition Darth Vader mini bust was available as an incentive to get people to open new MBNA Star Wars MasterCard accounts, as well as to just 100 card holders in exchange for 7,500 Galactic Credits. It was delayed endlessly and the program was considered by most Gentle Giant mini bust collectors to be...well, a bust. There were also 25 Artist Proofs for this piece, and many of them were sent to collectors who had complained about the way Gentle Giant handled their 2003 summer convention exclusive, the Clone Trooper Lieutenant.