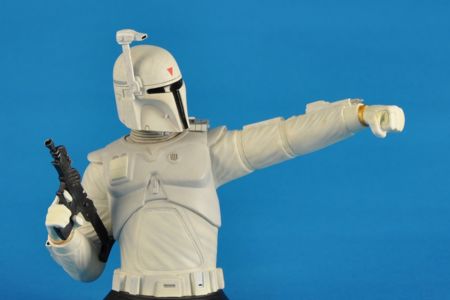 Collectible Mini Bust
This original concept Boba Fett, is based on the drawings of Ralph McQuarrie and Joe Johnston. McQuarrie is often credited with developing the look and feel of the Star Wars trilogy. McQuarrie and Johnston worked side by side to develop this version of the Galactic Bounty hunter. It is uniquely different than the final film version but was arguably, strong inspiration for the look of the Clone Troopers and their armor.