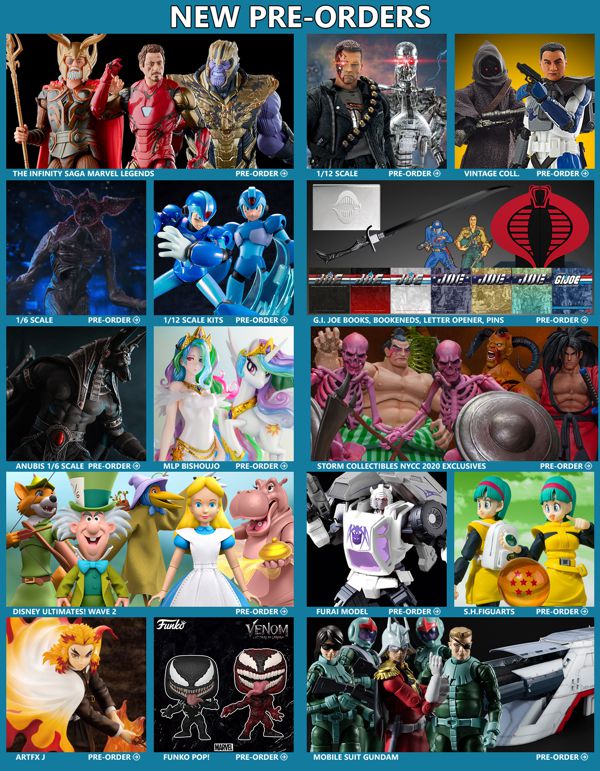 ------------
NEW ARRIVALS
------------
Venom Marvel Legends Wave 2 with the Venompool Build-A-Figure are back in stock! Journey back to Tatooine and enter the Palace of Jabba the Hutt if you dare! Hidden within this pack are spoilers for the War for Cybertron series! Fans shouldnt decode the Cybertronian if they don't want key events from the show revealed! This Nemesis Prime figure is inspired by the character as seen in the War for Cybertron series. From the Disney+ series The Mandalorian, fully embrace the cuteness of the 50-year-old Yoda species with this adorable 11-inch The Child plush toy. Masters of the Universe: Eternia Minis multipacks are in stock once again! 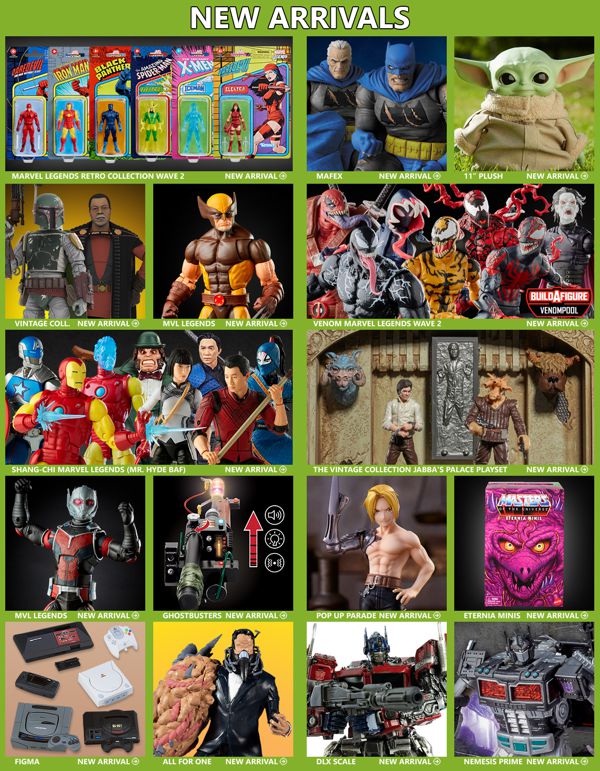