BBTS Sponsor News: Transformers Masterpiece, Toxic Crusaders, Marvel Legends, Batman, Mythic Legions, Godzilla, MLP, Zoids, Anime and More!
Posted by Philip on April 7, 2021 at 08:28 AM CST
--------------
NEW PRE-ORDERS
--------------
Skywarp, who was active in the original Transformers animated series, has been made into a Masterpiece figure by bringing it closer to the animation setting. Radioactive Red Rage Toxie, with a translucent green glow-in-the-dark injection and UV reactive color changing paint, will have three different looks, as if Toxie is reacting to climate change! Revoltech presents the Iron Spider, a figure inspired by the suit coveted and worn by several Marvel characters, first appearing in The Amazing Spider-Man and donned by Peter Parker! The kind-hearted Fluttershy returns to the Bishoujo series as a limited edition figure! A product of Dr. Doom's Twin Machine, Web-Man is the opposite of Spider-Man in every way and now a part of the Marvel Legends Series. Beast Kingdom's The Dark Knight Returns DAH figure brings to life a classic rendition of an old but still powerful Batman fighting to save the soul of his city! From the 1989 movie Godzilla vs. Biollante comes an S.H.Monsterarts figure of the titular Godzilla! Mythic Legions, by the award winning Four Horsemen Studios, is an expansive fantasy world of action figures that continues to grow with the All-Star Series. 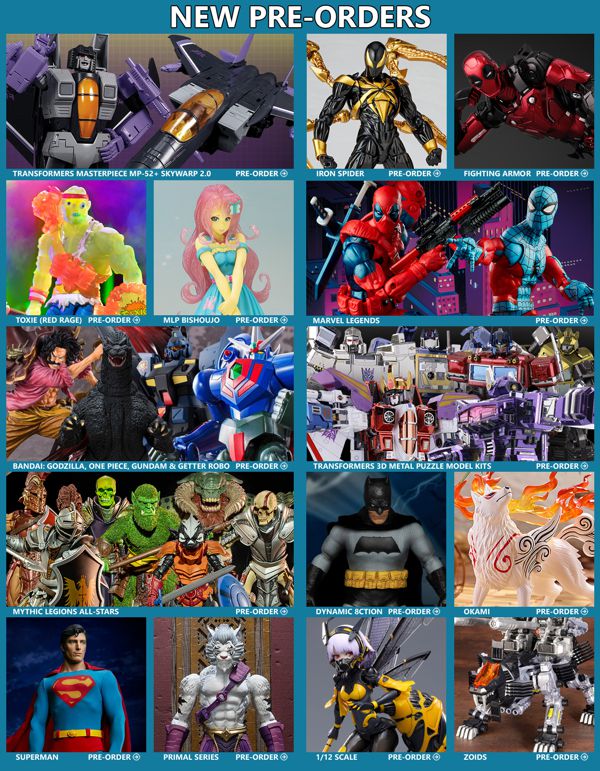 ------------
NEW ARRIVALS
------------
This Spider-Man: Maximum Venom Venomized Iron Man FiGPiN is a BigBadToyStore exclusive! Fans of classic action series like Masters of the Universe can rev up their car collections with this awesome 5-pack of Hot Wheels character cars inspired by the heroes and villains they love! Fans can take their Transformers figure collections to the next level with Generations Selects, a fan-dedicated line of figures featuring fan-favorite, special edition characters you cant find in the main line. Build the ultimate battlefield with the Hasbro Transformers War for Cybertron: Siege Titan Omega Supreme figure. From The Lord of the Rings saga, the epic Select Series begins with the original odd couple, the dwarf Gimli and the elf Legolas! The Blind Bandit Earthbender Toph and the imposing leader of the Fire Nation Firelord Ozaiknown later as Phoenix Kingjoin the action figure series based on Avatar: The Last Airbender! 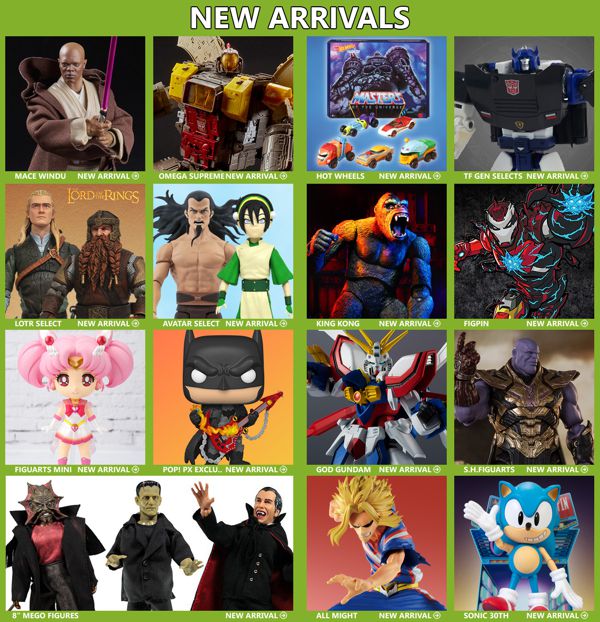