Character Profile - Durge!
Posted by Liam on July 30, 2021 at 09:05 AM CST
Welcome, Rebelscum fans! This week were spotlighting Genndy Tartakovsky's groundbreaking Star Wars: Clone Wars 2D animated series that aired between 2003 and 2005, proving that Star Wars animation was a worthy endeavor. Make sure to check out the Expand Your Mind base article that explains the shows history, why it was a novelty, how it helped Dave Filoni launch The Clone Wars animated series, and of course all the best merchandise you should be looking for. Stay tuned this week for more Clone Wars articles and Bobbys videos breaking down the best collectors items. 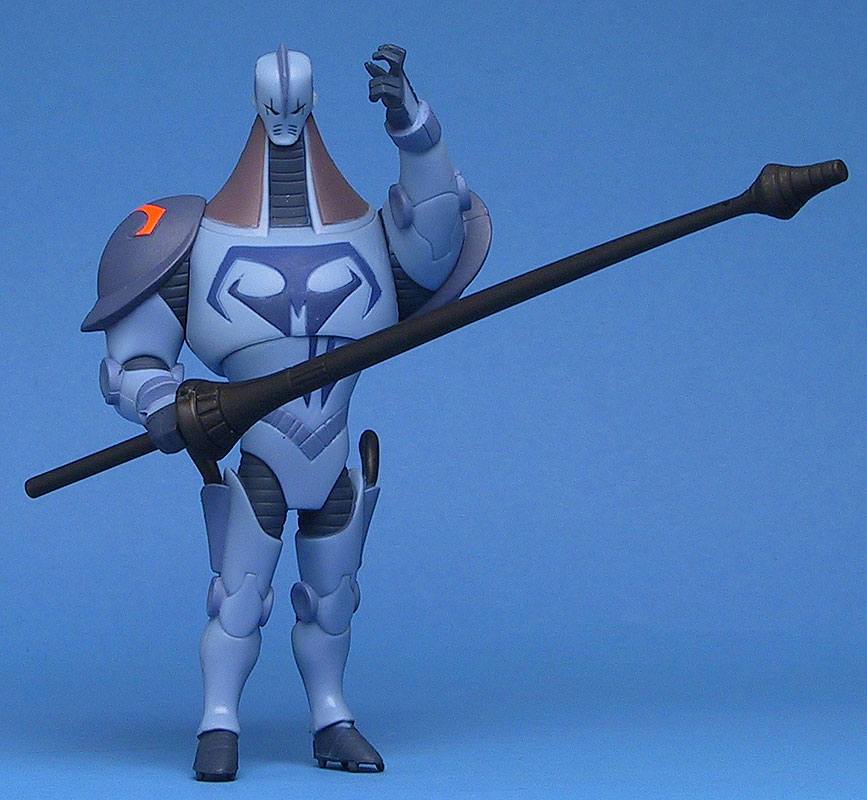 Today for our Character Spotlight segment were taking a look at one of Clone Wars standout villains: the bounty hunter Durge. Clone Wars is notable for launching several of the best Star Wars villains of all-time, but while General Grievous would later show up in Revenge of the Sith and Asajj Ventress would become a prominent character within The Clone Wars, Durge hasnt seen the same transition. 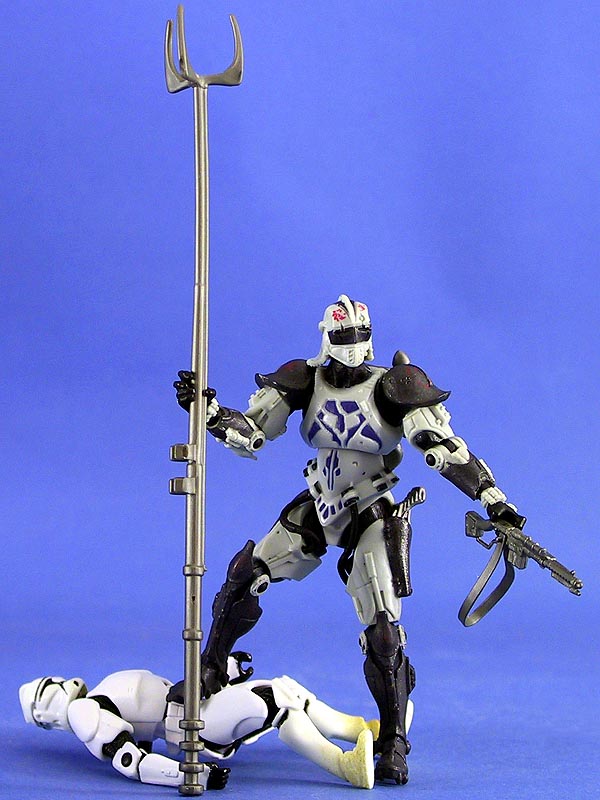 A bounty hunter of the GenDai species, Durge is an ancient character who harbors a lifelong hatred of Mandalorians. The prospect of killing Clone Troopers based off of Jango Fett proves to be too tempting, and Durge is recruited by Count Dooku to become a commander for the Seperatist forces. He would become a constant thorn in the paths of the Jedi throughout the war. 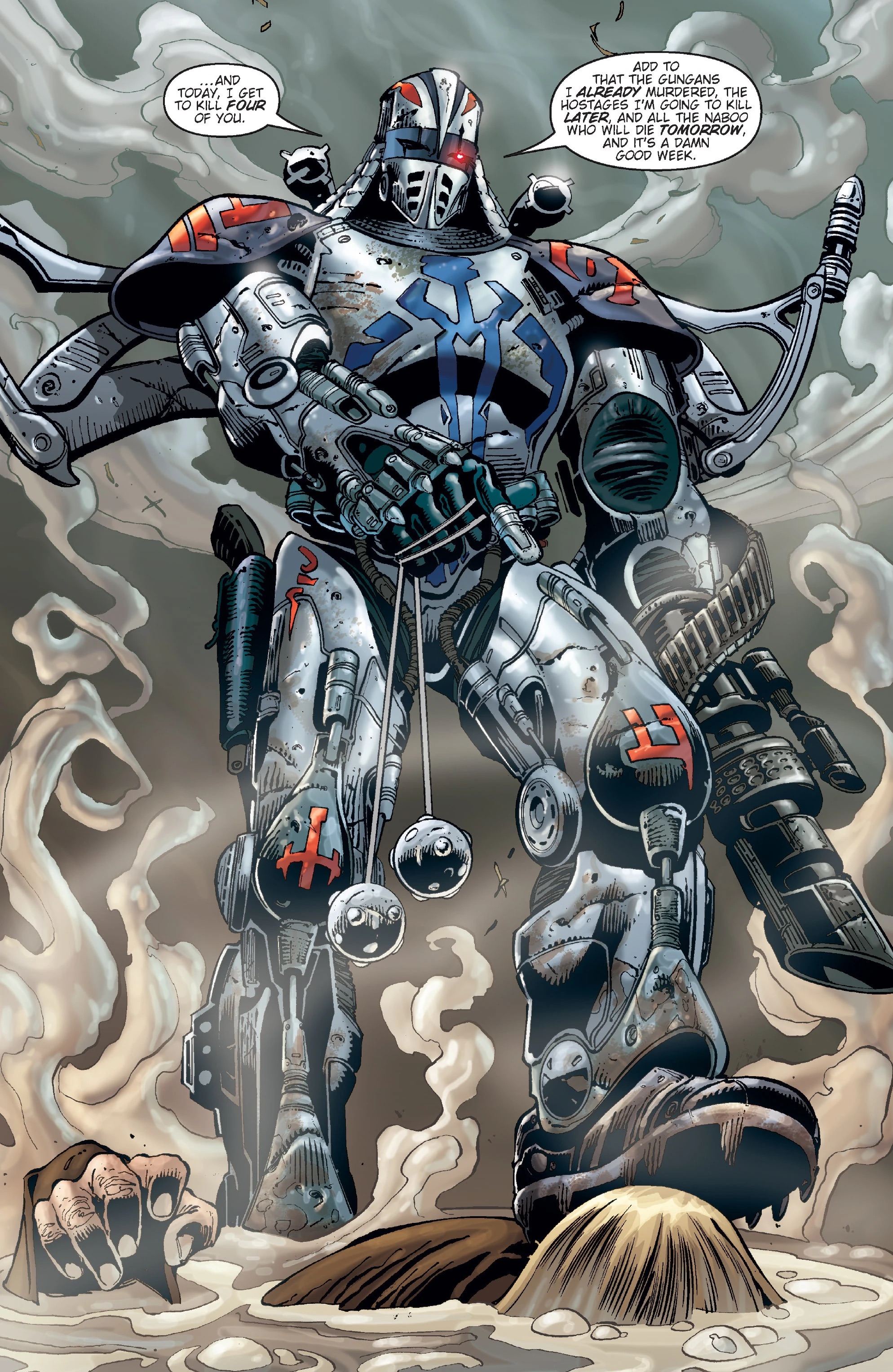 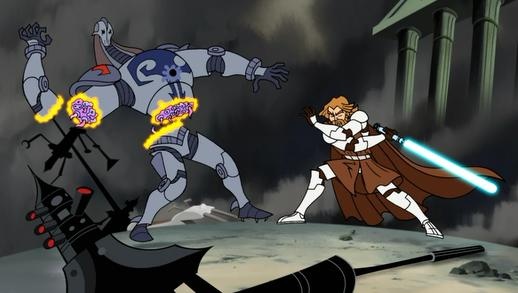 Durge first showed up in the Star Wars: Republic comic series, but hes best known for his appearances on Clone Wars. Obi-Wan Kenobi thinks hes bested Durge on more than one occasion, but the bounty hunters unique ability to regrow limbs and transform his appearance make him hard to kill. Obi-Wan manages to best Durge at the end of Clone Wars after the bounty hunter swallows him whole, but despite what the series led some to believe, Durge survived the encounter to fight another day. 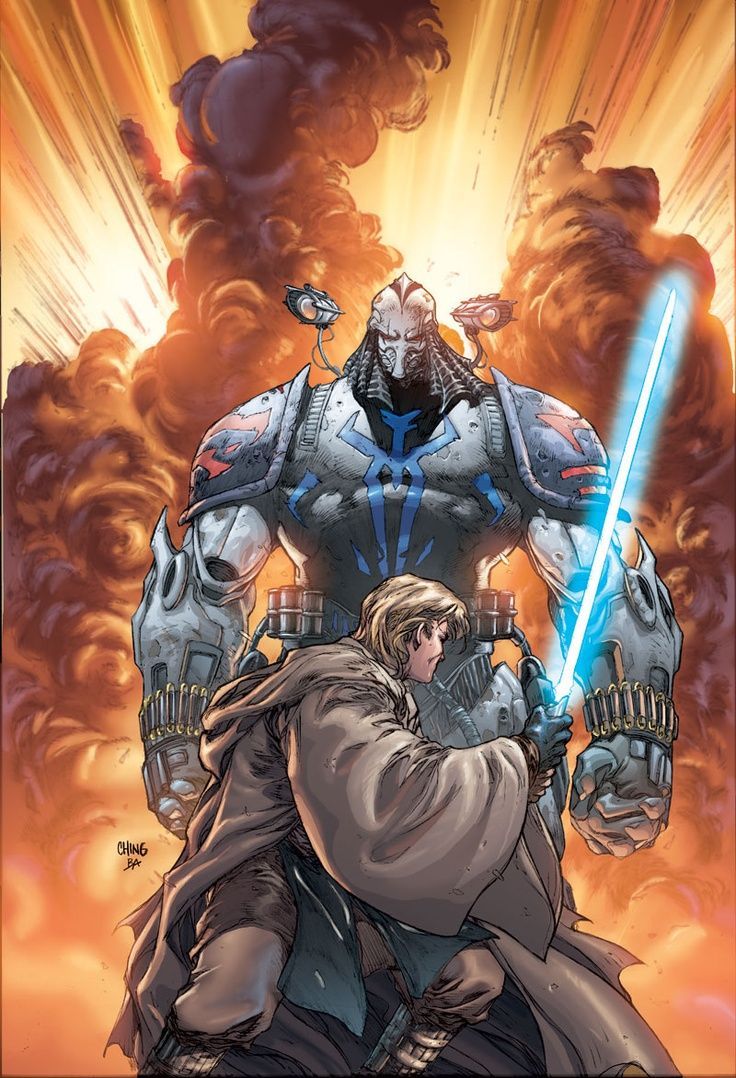 Durge continued to appear in the Republic comics up until 2005, also cameoing as an adversary of Boba Fetts in the YA book Boba Fett: Hunted. Inevitably, it was Anakin Skywalker who ultimately slaid the fearsome warrior in the Republic storyline Obsession.

Durge remains a fan favorite despite his minimal screen time, and many of his future appearances ultimately didnt come to fruition. Although he was originally set to appear in Volume Two of Clone Wars, Durges role was replaced when Lucasfilm decided to more prominently feature Grievous as the series antagonist. Dave Filoni considered bringing Durge to The Clone Wars, but the idea was scrapped in favor of introducing the new bounty hunter Cad Bane. 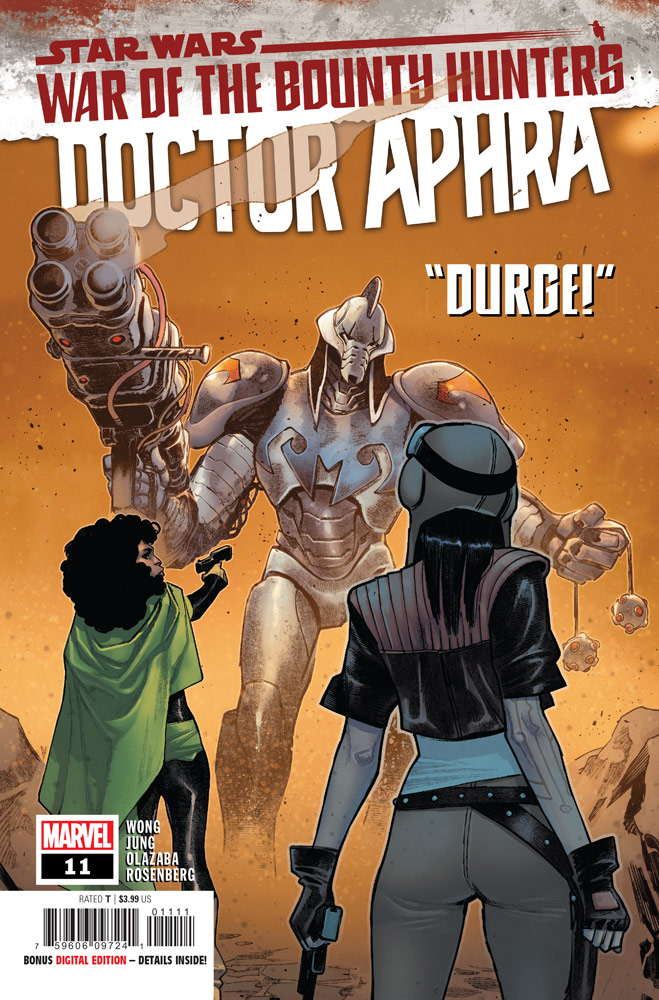 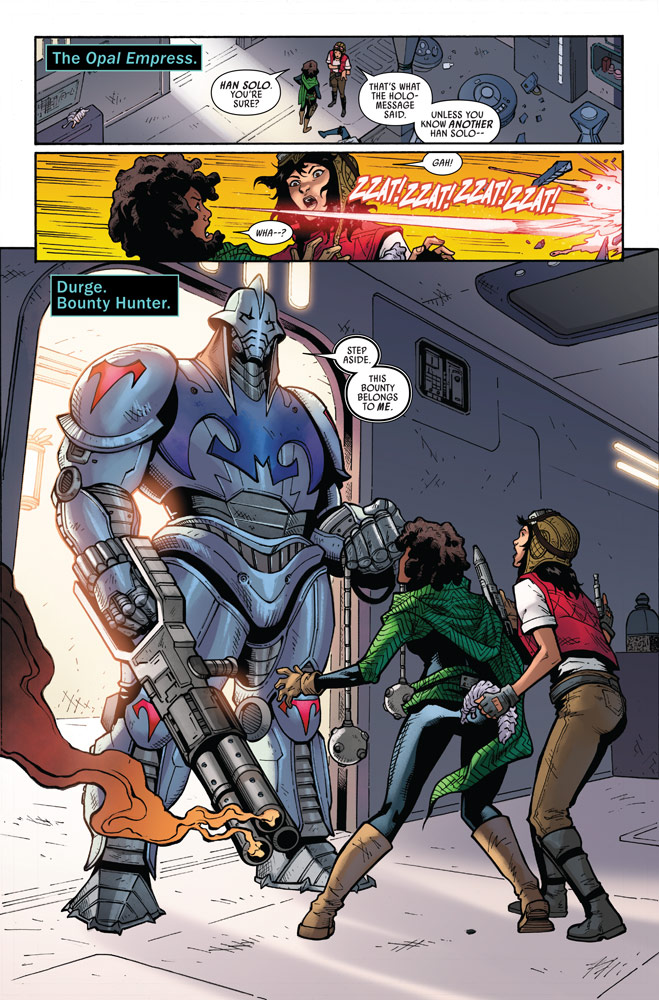 Fans may have thought that Durge would forever be a relic of the Legends canon, but a recent development finally brought the character into the official timeline. The new comic series Star Wars: Doctor Aphra, which explores a rogue archeologist in between the events of The Empire Strikes Back and Return of the Jedi, finally teased Durge in a May 2021 comic, and hes become a recurring antagonist in subsequent issues. The Doctor Aphra series is one of the many ongoing comics leading into the War of the Bounty Hunters storyline, so its safe to say this isnt the last time well see Durge. 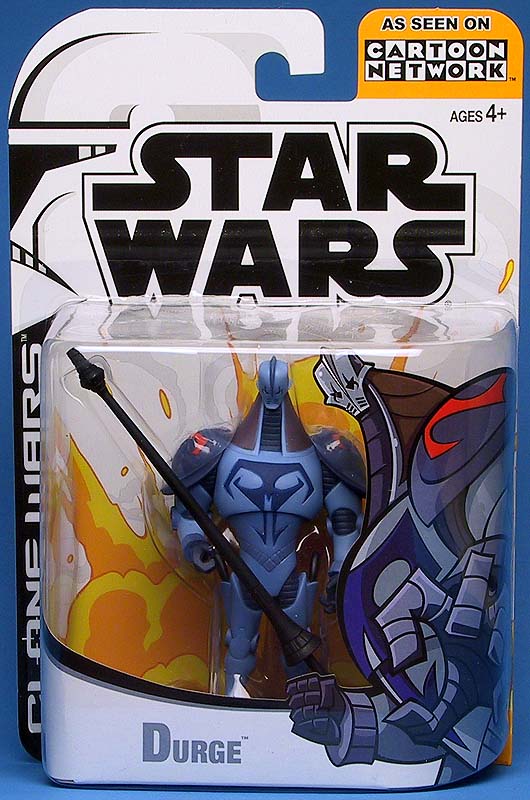 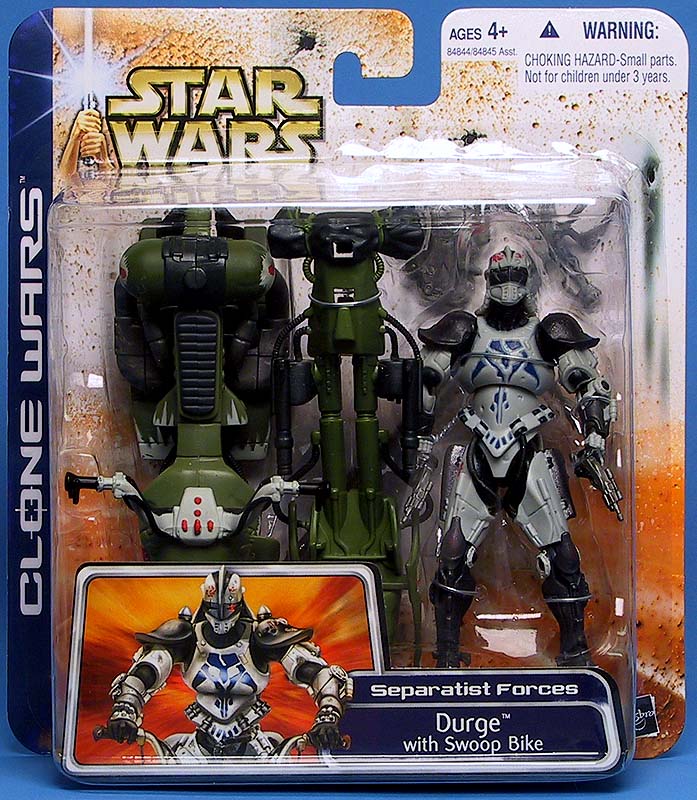 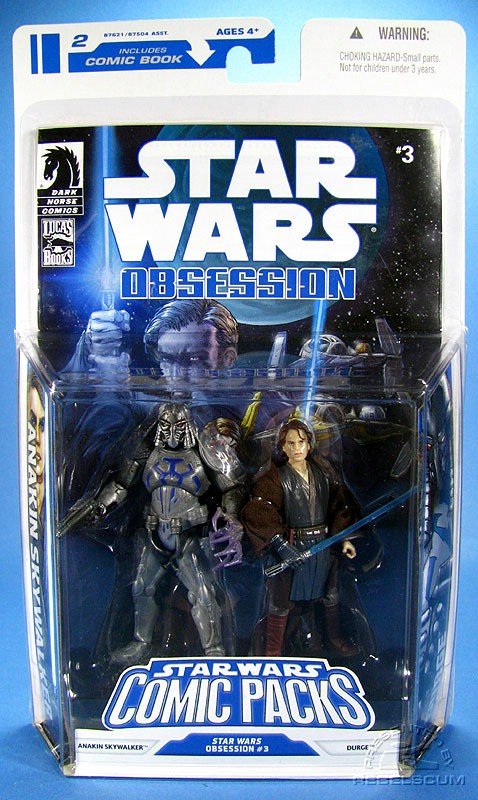 In the Expand Your Mind article we looked at the line of Clone Wars animation action figures, and Durge is certainly one of the most in-demand figures. If youre looking for more merch featuring the seemingly indestructible bounty hunter, there was also a more realistic figure released for the 2003 Clone Wars line and a 2012 re-release that packaged Durge with his signature Swoop Bike. One of the most popular items is the Comic 2-Pack with Anakin Skywalker, which features a Revenge of the Sith style Anakin, Durge with a removable face mask, and the Republic comic issue in which Durge meets his end.

Theres certainly more room for the future of Durge. Its likely that upcoming seasons of The Mandalorian and The Book of Boba Fett will continue to add more bounty hunters to the fray, and The Bad Batch has already brought in some exciting Legends characters. The rivalry between Fett and Cad Bane is ongoing, but what would happen when Durge challenges the two as the most powerful gunslinger in the galaxy?

Are you a Durge fan? Whats your favorite Durge action figure? Do you think Durge shouldve died in Republic, or would you like to see him live to fight another day? What Disney+ series should Durge appear in? Let us know in the forums, and as always, may the Force be with you!
SEND