Hasbro: Convention Exclusive The Black Series Cad Bane With Todo 360
Posted by B. on August 26, 2020 at 01:49 PM CST
InDemandToys and StarActionFigures posted pre-orders for an unannounced Convention Exclusive set today, The Black Series Cad Bane With Todo 360. The set has a scheduled ship date of September 1st. This is thought to be the European Convention exclusive set like last year's Luke Skywalker (Skywalker Strikes) set.

For now there is no word about US availability, but conventional wisdom says that this set should appear on Hasbro Pulse soon.

Cad Bane, without Todo 360 is set to be released as a regular The Black Series release later in the year. 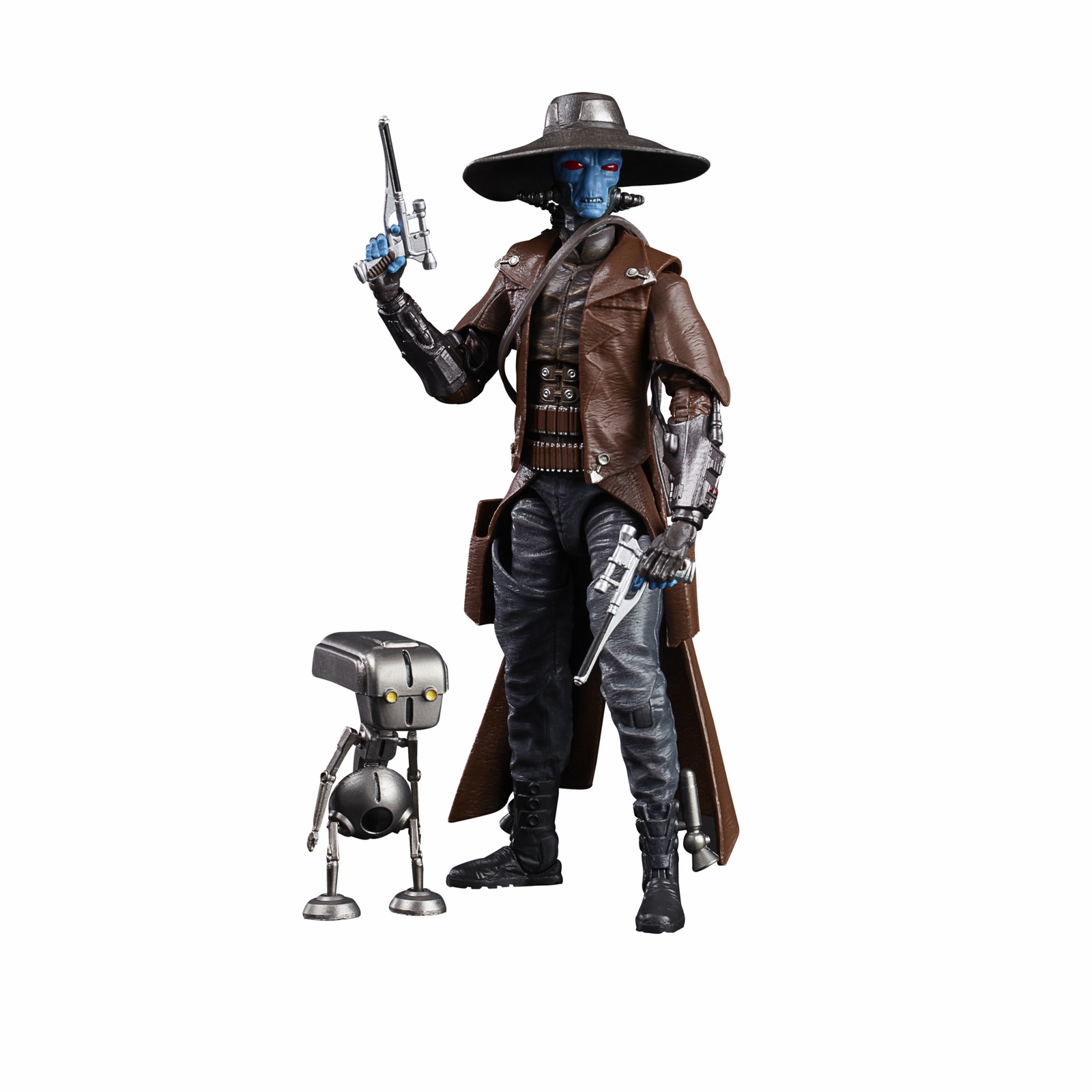 UPDATE: Hasbro has clarified the availability:

"Originally intended as a European convention exclusive...It is available to purchase now in select European countries and will be available in the US beginning October 1, 2020. This quality figure 2-pack is an early release from the brand, featuring premium packaging, multiple points of articulation, careful design and deco, and is inspired by characters from Star Wars: The Clone Wars. In addition, the Todo 360 figure is an item exclusive to this specific set.

The STAR WARS: THE BLACK SERIES 6-INCH CAD BANE AND TODO 360 Figure 2-Pack is carefully detailed to look like the characters from STAR WARS: THE CLONE WARS, featuring premium detail and multiple points of articulation. This quality figure 2-pack comes with 2 CAD BANE-inspired blaster accessories that makes a great addition to any STAR WARS collection. STAR WARS fans and collectors can display these highly poseable (CAD BANE has 4 fully articulated limbs) figures, featuring premium deco, in their STAR WARS collections. Includes 2 figures and 2 accessories. Available in the US beginning October 1, 2020."