LEGO: Action Battles For Hoth!
Posted by Jeremy on June 16, 2019 at 03:17 AM CST
To many of us in the original generation of Star Wars fandom, LEGO is synonymous with our childhood and playing with these multi-coloured bricks comes as naturally as bullseyeing womprats in a T-16.

But times are changing, and with it so is kids entertainment requirements. In an attempt to keep up with the times and their products at the forefront of adolescent amusement LEGO have developed the Action Battles concept, and debuted three new table-top gaming sets at the International Toy Fair in New York, earlier this year.

When the first images appeared fans and collectors didnt quite know what to make of the stylised and almost caricatured playsets and vehicles that broke away from the movie accurate sets that had become almost standard in the LEGO Star Wars theme.

Billed as an action-based play experience that offers endless creative play for kids of any age (which is a clever way of saying that adults are invited too), these fun-filled playsets - two depicting the Battle of Hoth and one for Endor - come with powerful spring-loaded shooters and environment-based targets with minifigure canon fodder.

In the Spring of this year, which LEGO is pushing as one where The Greatest Battles Are built By You, these new shoot em up/construction sets - 75238 Action Battle Endor Assault, 75239 Action Battle Hoth Generator Attack and 75241 Action Battle Echo Base Defense - hit toy retailers shelves, so Rebelscum put two young Star Wars fans - Oscar (aka Son of LEGOscum) and George - to work one wet and windy winter afternoon to find out what they were all about. 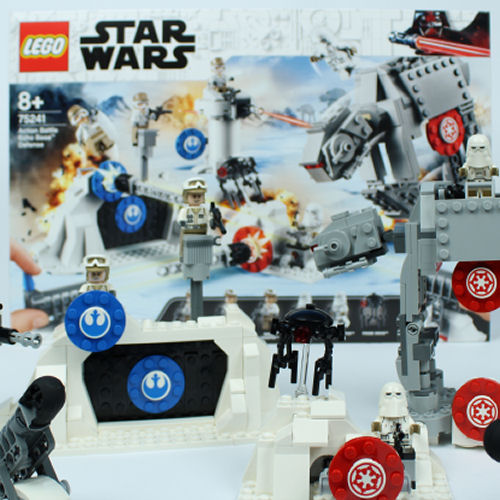 Deciding to tackle the biggest - and most enticing - set first our two builders decided an organised workforce was the only way forward and agreed to take turns to get the pieces ready so the other could complete the steps on a page. Progress was slow but steady, and only interrupted when a piece could not be found. Unperturbed by this bona fide element omission, Oscar sourced one from his spares, and construction resumed. 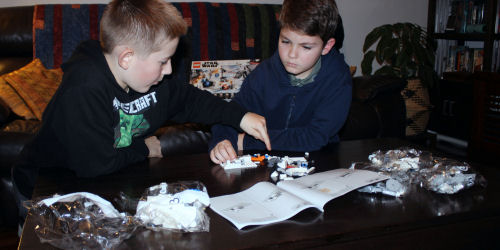 The division of labour was uneven at times, and one of the pair of builders often found themselves only getting one or two pieces to assemble, while other pages had enough pieces that the team mate who wasnt doing any construction got bored and started firing off projectiles with the spring-loaded launcher.

So as to prevent further strife a movie - no points for guessing which - was put on, and health and safety was sorted out long enough to get the workers united and back to their tools.

Of course, all of this dithering and horseplay was accompanied by much giggling - and was just a cover for how much fun the boys were having, and after not too long a time a number of targets and both missile launchers were finished. Now we can shoot at them" proclaimed Oscar, who immediately setto testing the defensive strength of the already built Echo Base. Hold the door! 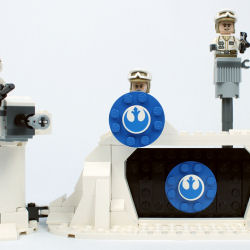 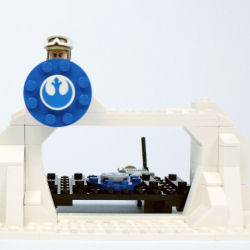 George declared his only desire was to build the awkward AT-AT" and so he dived head first bags four and five. His main concern was that the AT-AT was unfairly hobbled and fell over easily. His relief was considerably when he finished the blocky snow drift and placed it between the walkers feet. 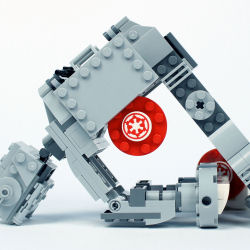 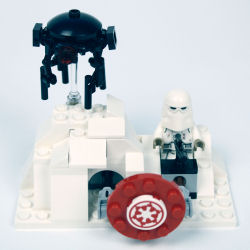 Illustrating how much detail was put into making each of the structures look as authentic as possible, the hardest bit was the Hoth landscape," said Oscar, pointing out the cheese wedges because of all the little bits we had to put on." Keen to have the full complement of Imperial and Rebel forces available for the upcoming battle they boys, after a quick break, tackled the next set. 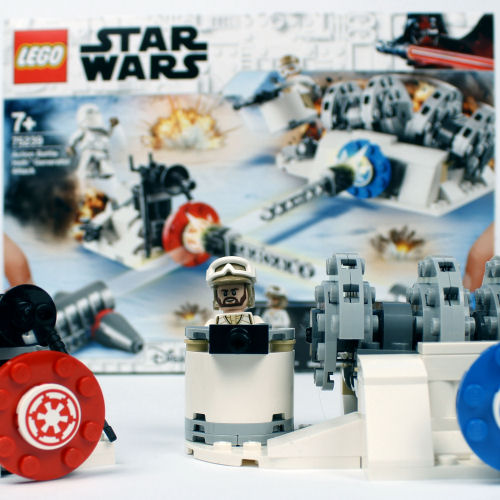 The build for 75239 was far quicker due to its smaller size - but mostly because knowing that hitting the shield generators target had a nice surprise spurred the team on to completion.

Whether intentionally or not, whoever put the instruction manual together made the Imperial build the first stage and denied the boys the chance to discover what the reward for blowing up the shield generator was.

Until, that is, Oscar decided that theyd make quicker progress if they divided and conquered and left George to build the E-web cannon and snowtrooper while he, using the Instructions PLUS section of the LEGO Life app, threw the shield generator together. 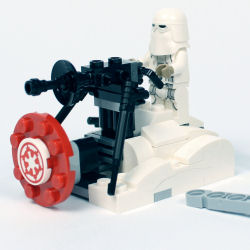 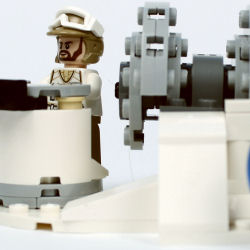 Oscars delight at finding out that underneath the four - yes, four this time - vertical half-discs of the generator - was a fire made from red and yellow transparent cheese wedges resulted in a little friction between the pair but detente was achieved when Oscar conceded the Rebel army and first shot of the battle to George. 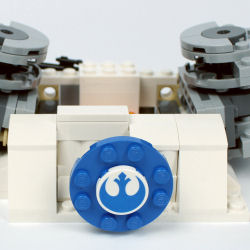 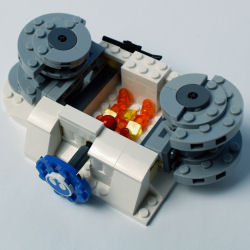 And so throwing a white sheet down, George and Oscar split out the Rebel and Imperial elements of the two Action Battle sets theyd just completed and were free to devise their own rules of engagement. Wisely, they chose World Associated Calvin Ball.

In no time they had the Rebel turret duking it out with the Imperial E-Web cannon, while the AT-AT advanced on the shield generator and Echo Bases defenses held off probing attacks from the flank. 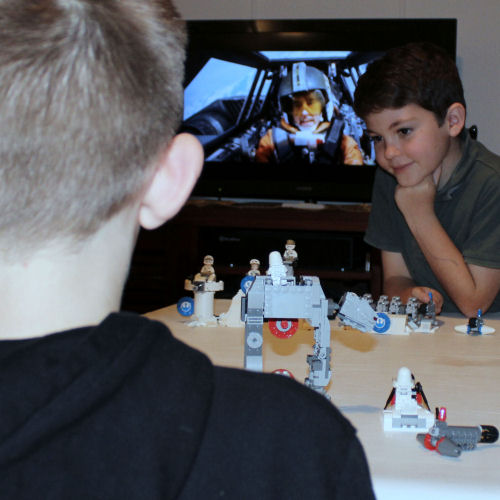 The first Battle of Hoth was a simple one of trading shots, but the rules evolved for the second assault to include a movement round, with bonus combat attacks following critical hits, and a modification to the AT-AT to allow it to face forward. At one point it looked like there would be melee scenarios between minifigures!

With missiles flying across the battle field - and the living room - the two commanders were asked what the game was like. Much harder than it looks" was their review spoken in unison, as their laughter filled the room.

Round three was the decider and was played out to Oscar humming the opening bars of "The Final Countdown" and strutting around like a chicken. This hubris and posturing didnt do him any good as his development to win was arrested by his failure to overcome the Rebellions wall-like defenses. 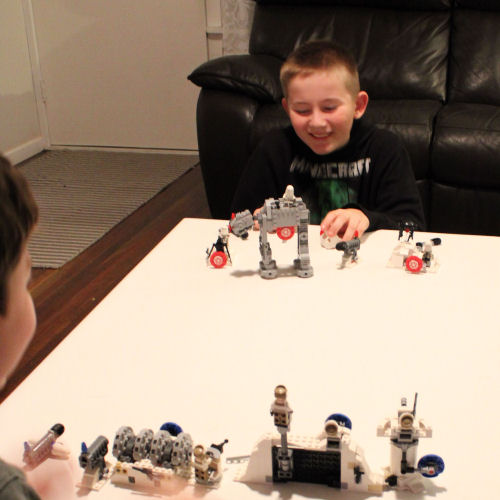 Expecting to get a few minutes of enjoyment from the conjoined sets was an underestimation and after nearly an hour of squeals and giggles a tie was declared when Oscar decided a victory conga line of minifigures was the only way to see an end to conflict. Both the boys are hoping that the Action Battle sets are successful and down the line snowspeeders and ion cannons are added op the mix. Until then they will just have to build their own.

Both the Action Battles: Hoth Generator Attack (75239) and Echo Base Defense (75241) are available now, with an RRP of $29.99 and $59.99 respectively. Purchases made through the associate links helps support Rebelscum in bringing you uptodate Star Wars collecting news at no cost to you.


Of course, this isnt the first foray into games for LEGO, who produced a range of 39 board games between 2010 and 2013; the only Star Wars one of which was, coincidentally, 3866 Battle of Hoth. 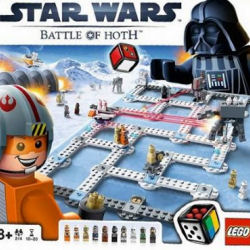 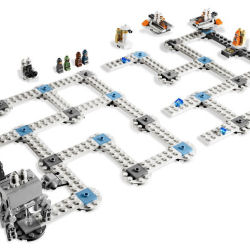 This game, consisting of 305 pieces, saw Rebel and Imperial forces moving tauntauns, AT-ATs, snowspeeders and AT-STs across the Hoth battlefield in order to destroy the opposing players forces or reach their end zone. The game had a larger number of rules than most of the other games in the theme and LEGO had to produce an instructional video to clarify game play.


Long since retired, this collectible is only available through secondary eBay and Amazon marketplace resellers and is sought after for its microscale figures. 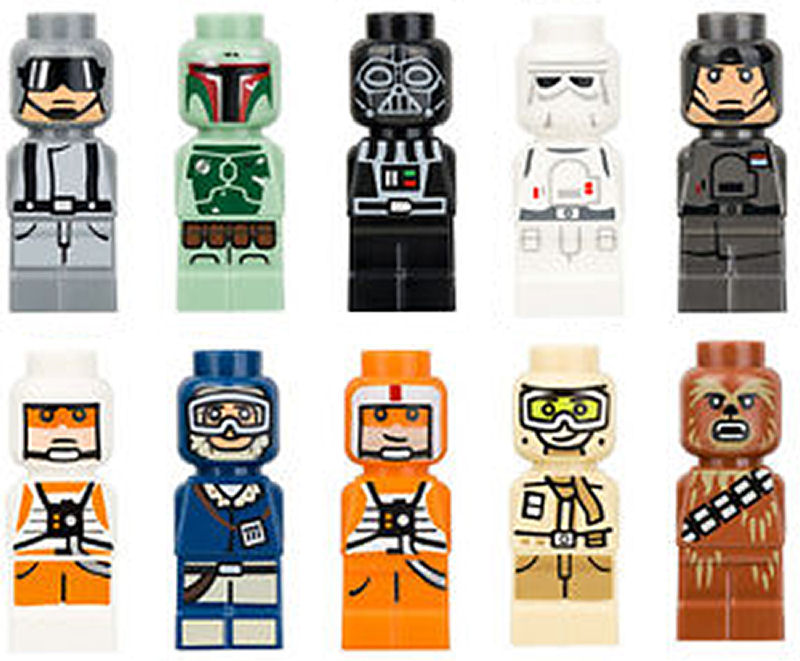