LEGO: Forma Unveiled
Posted by Jeremy on October 7, 2018 at 01:45 AM CST
Last week LEGO announced the results of the ten submissions that made it to the Ideas review panel between January and May, and have revealed that not one but two projects have passed muster and will get made into fully fledged sets next year. 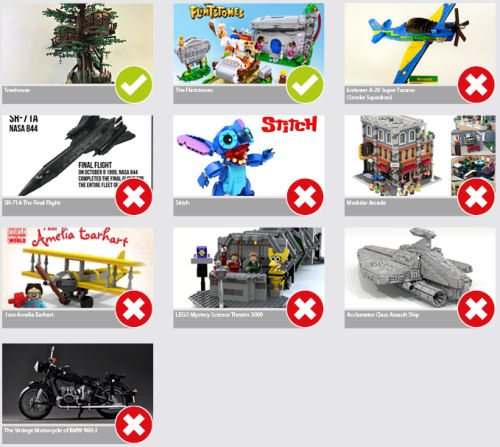 If you're not up to speed on the LEGO Ideas think Brick Brother - user-builders can submit ideas for LEGO products to be turned into commercially available sets if they achieve enough votes by fellow users and then pass a review stage. So far it's given us the light cycles from Tron, Doc Brown's DeLorean time machine, Ghostbusters Ecto-1, Voltron, WALL-E and a selection of brick built Adventure Time characters to name but a few.

On paper this sounds like a great platform to create all kinds of fan favourite LEGO Star Wars sets right? Except for the caveat (introduced in back in April 2017) that prevents active licenses being submitted. And since this announcement there are no more qualifying Star Wars submissions and fans will have to wait until LEGO and Lucasfilm part ways.

Lucero's Acclamator-class Assault Ship, complete with micro-AT-TE and minifig-scale flight deck and medical ward, is an admirable project and slipped past the Separatist blockade with its +10,000 votes by merit of being submitted before the active license stoppage kicked in. Sadly there has never been a LEGO Ideas submission based on an actively licensed line that has been passed by the review panel, and the Acclamator-class Assault Ship was no different.

Ultimately the LEGO Ideas review panel nixed the idea and in their latest results announcement revealed that a Bedrock set based on The Flintstones and a Swiss-style Family-style Robinson-style tree house would go into production next year. Quick thinking LEGO builders will realise that the tree house will make a quick and easy extension for the retired 10236 Ewok Village set. Happily there were no trolling teasers about upcoming sets this time around.

As alluded to in the teaser to this post there is another platform that may resolve this - LEGO Forma, and is being run in conjunction with Indiegogo, international crowdfunding website. In one of those weird moments of universal coincidence that only occur in the Heart Of Gold, Indiegogo was founded in 2008 - the same year LEGO and Cuusoo joined forces to launch the prototype LEGO Ideas scheme.

Kari Vinther, Senior Marketing Manager and Head of Creative Play Lab Pilots, explains that LEGO FORMA is more of a creative project than a toy, and more about display than play." The initial launch project is a kinectic sculpture of a fish which comes with a number of specially commissioned skins that can change the appearance of level of interactivity of the set. This pilot set will be available in a limited short-run batch of only 20,000 to US and UK-based Indiegogo members.

The pilot set is primarily designed to learn whether there is an appetite and market for the product and is the first in a series of dip tests being planned to run in various locations and formats over the coming year to float new ideas, crowd source others, and receive real-time feedback from consumers to evaluate whether concepts should be developed and scaled.

The key word in that boiler plate, press-release paragraph is crowd source because - as Hasbro has realised with their Jabba's Sail Barge crowdsourced campaign - their is money waiting to be spent on toys that aren't traditionally marketable. (It's ironic that, as it turns out, our April Fool's prank pretty much hit the nail on the head!)

What this means for LEGO Star Wars builders who are locked out of LEGO Ideas is that this may open the doors for more niche products that could eventually lead to submissions from licensed lines. How this will work, however, is unclear and it is unlikely that the next stage will be a crowd sourced one.

The scheme isn't quite at the open invitation/open innovation stage yet, and LEGO is traditionally slow to move on the more modern creative content delivery systems as it has had a few potholes in the past but hopefully this plan will lead to fans and consumers getting what they want. The difficulty will be sorting the wheat from the chaff and hopefully LEGO will see the opportunity of evolving the crowd sourcing aspect into a LEGO Ideas-style based programme and implement crowdfunding to whittle down submissions to commercially viable products.

Who wouldn't want a chance to finally have a Nebulon-B medical frigate on display? Step forward the Bricklink AFOL Designer Program, a new drive that gives AFOLs a chance of having their original designs turned to an exclusive, limited edition set to mark the 60th anniversary of the LEGO brick.

Without going into too much detail - you can get all of that direct from Bricklink - twenty sets will be selected by a panel from all the submissions and put forward for crowdfunding. As long as a set reaches its financial goal it will go into production. Which means that Bricklink staff will bag the necessary pieces, provided by LEGO, themselves. This is a clear indicator that the AFOL Designer Programme is as grassroots as it comes and these commemorative sets will never sit on retailer's shelves.

While this is a limited campaign and is only intended for one occasion it shows that the thinking and mechanism is already in place. What remains to be tested is the delivery method, and if it proves successful it could open the flood gates for all kinds of Star Wars vehicles, battlepacks and play sets that would ordinarily be eschewed.

Though this all sounds exciting and straight forward we know that when dealing with licensed IP there are hoops and hurdles to be jumped, and the process to get a Star Wars toy approved is no different, but one day we can hope that Ideas, Forma and the AFOL Design programmes will all converge into a tool that will allow crowd sourced sets to get crowdfunded into production.

Let's hope all the stakeholders can get their ducks in a row. 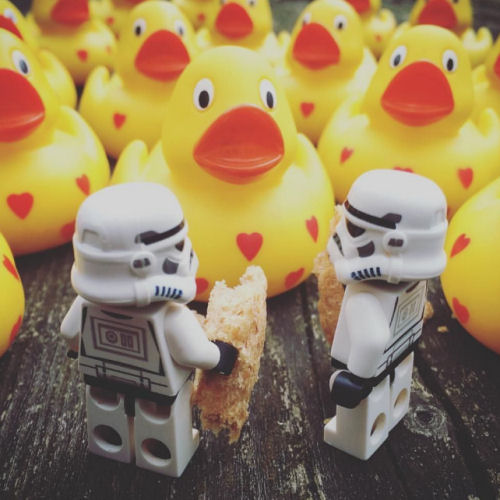