LEGO: Rebelscum Celebrates 20 Years!
Posted by Jeremy on February 14, 2019 at 09:00 AM CST
It was April 30th when the world learned about the multi-year agreement that marked the first property licensed by the LEGO Group, and gave them the right to produce construction sets based on the three new Star Wars movies, as well as the original Star Wars trilogy.

Updates were few and far between and any new information travelled like wildfire, so when news started circulating that a catalogue showing images of the new Classic trilogy sets had been discovered a full five months early, we all got excited. In the days before fan sites carried the news the furthest and the loudest, it was traditional press outlets who got the press kits first and USA Today's weekend edition - USA Weekend - got the next scoop, an official sneak preview off the initial launch sets, and teased us with news on the upcoming Star Wars movie.

Luckily we didn't have to wait too long for more images, because with the Holiday 1998 catalogue arriving we not only had glossy pics of the Classic trilogy sets, we had prices. 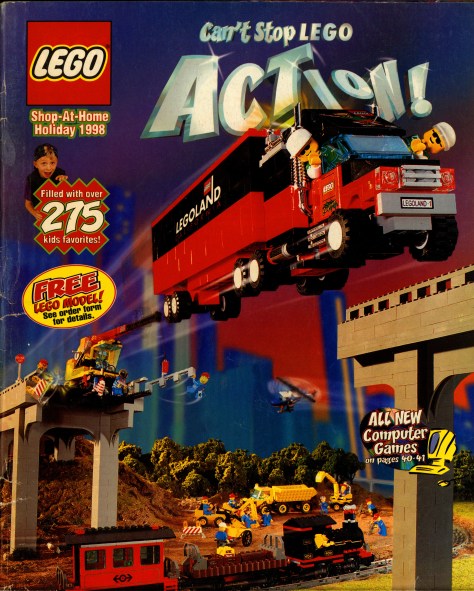 It wasn't until late January, in the run-up to the 1999 New York Toy Fair, that the first LEGO Star Wars were available to touch and feel when members of the toy industry and press who LEGO wished to invite to the unveiling of their new line-up of Star Wars System sets received a promotional invitation to a special, behind-closed-doors launch event.

WE'VE JOINED FORCES TO CREATE OUR MOST STELLAR PRODUCT LAUNCH EVER

LEGO Systems, Inc. introduces the largest and most exciting LEGO product launch in its history. Visit the LEGO Showroom during the 1999 American International Toy Fair, February 8-10, as we unveil 110 new toys. 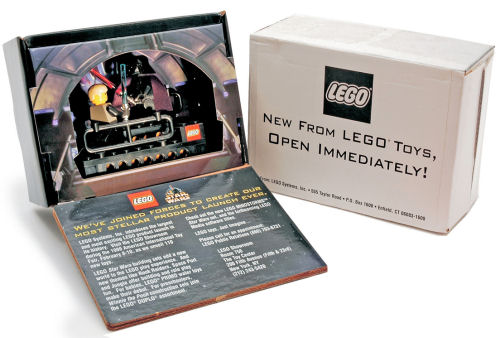 Photo credit: Rancho Obi-Wan
Back then there weren't early access events for fan media outlets and being a toy vendor or having proper press credentials was the only way in, keeping the lid firmly sealed on the bubbling pot of hype soup.

Hasbro had already teased a few prequel action figures through exclusive fan club mail-ins, and LEGO wasn't slow to get in on the action to promote its new license when it laid an Easter egg trail of clues that revealed a sneak glimpse at the upcoming 7141 Naboo Fighter. 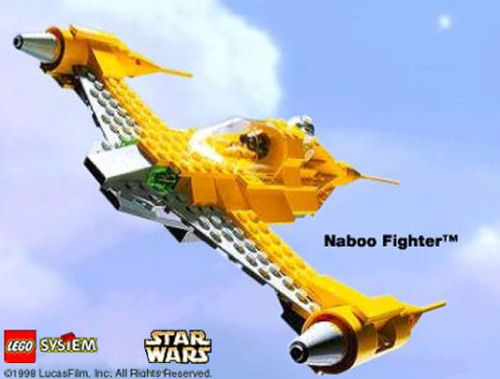 The next piece of the puzzle - that the first wave of LEGO sets would reach UK stores in mid-March - was brought forward in the first few days of February by a fresh-faced news hound who later went on to write this article.

By the time the American International Toy Fair in New York had been and gone the only new information to surface was that the LEGO Mindstorms robotic range was going to be expanded to include a programmable R2-D2, which could also be be re-assembled to form a battle droid.

It was the London Toy Fair, held a week later that gave the world the first official LEGO leak. 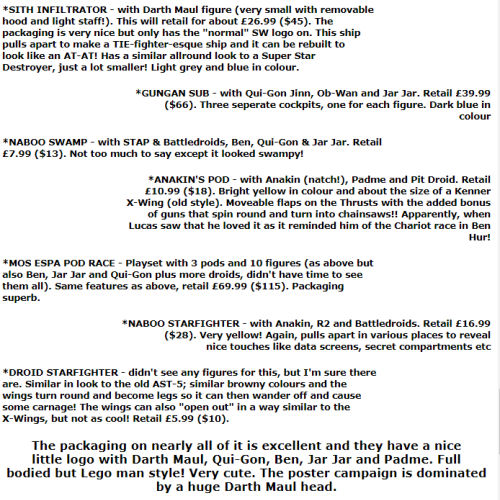 Meanwhile, via their proto shop@home website, LEGO was taking online orders from US and Canadian customers and on the second week of February they started reaching the hands of eager fans - leading to the very first notification on Rebelscum declaring that the initial LEGO Star Wars sets had been officially released! 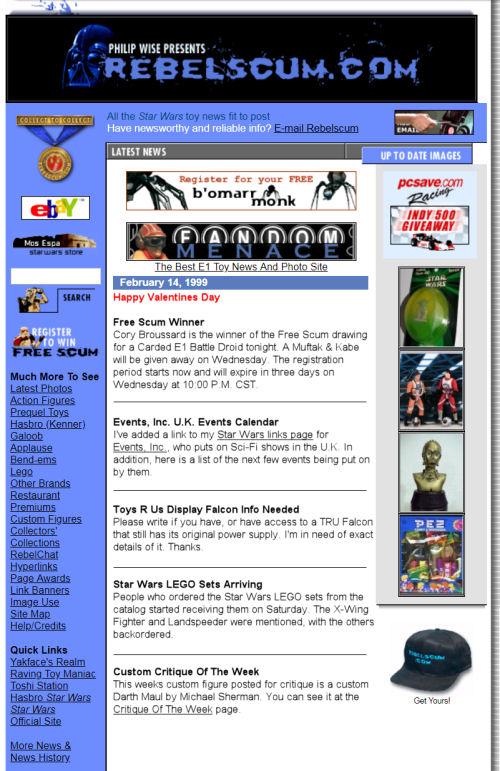 From all of us at Rebelscum to everyone who has enjoyed LEGO Star Wars for any - or all - of the last 20 years - congratulations on being part of the fun!


Do you have any particularly fond memory of that first year? Head to our LEGO Star Wars: The 1999 Years to take part in our poll, collaborate in a community activity and share your thoughts with other readers.
SEND