The Rise of Skywalker: Expanded Edition Details Teased
Posted by Jeremy on February 24, 2020 at 11:34 PM CST
Promising to include all-new scenes adapted from never-before-seen material, deleted scenes, and input from the filmmakers, the story that began in Star Wars: The Force Awakens and continued in Star Wars: The Last Jedi reaches an astounding conclusion. 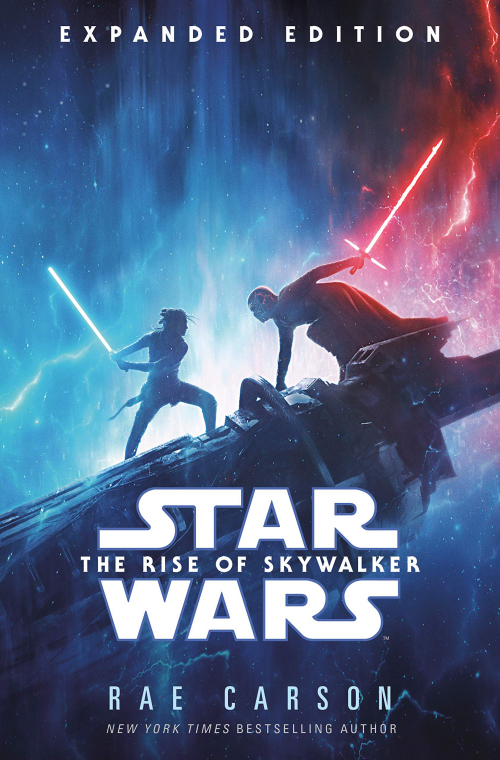 But what can fans expect to be included in the much-touted all-new material? For starters we know that, via Starwars.com, Kylo's mission to Mustafar to retrieve the Sith Wayfinder gets elaborated on - but aside from that we're largely in the dark.

However, with some careful sifting of Internet rumours, comments by the cast, a look at gaps in licensee releases and a touch of subjective analysis it's likely that some, or all, of the following will get touched on:


You can experience The Rise of Skywalker: Extended Edition, by Rae Carson, from March 17th which will be available from Walmart, Target, Amazon and all good booksellers for $28.99 (RRP). Pre-order it now so you don't get swept away in all The Rise of Skywalker home entertainment edition exitement.

For those readers who need a more visually stimulating medium Marvel will be printing a tie-in five-part series, announced at the annual ComicsPRO get together.


Will these two publications be considered the director's cut? At this point, given the rumoured controversy that plagued the movie during its production, it's likely to be as close to Abram's full vision as can be salvaged from the cutting room floor so anyone hoping to catch a glimpse of the more-than-bromantic relationship between Finn and Poe that was allegedly put forward in pre-production planning meetings are likely to be disappointed.

Support our efforts to continue bringing the latest Star Wars collecting news by making your purchases using the affiliate links provided. The small amount of income earned helps to ensure you get the coverage you want.
SEND

Flametrooper - Gaming Greats (JFO)
Jabba's Skiff Guards 3 Pack
Other 6" Star Wars Lines
I have some things I am looking to sell, and wondered if Ebay is the best real option.
What is your latest Kenner acquisition?
Boba Fett Prototype Edition - Retro Line
Hera Syndulla MiniBust