Force Casting - Star Wars: Legacy!
Posted by Liam on July 9, 2021 at 10:35 AM CST
Welcome, Rebelscum readers! In our Force Casting segment, we'll be breaking down who wed like to see play some of the key characters whove yet to appear in film or television yet. Today were taking a look at characters from the Dark Horse comic book series Star Wars: Legacy. 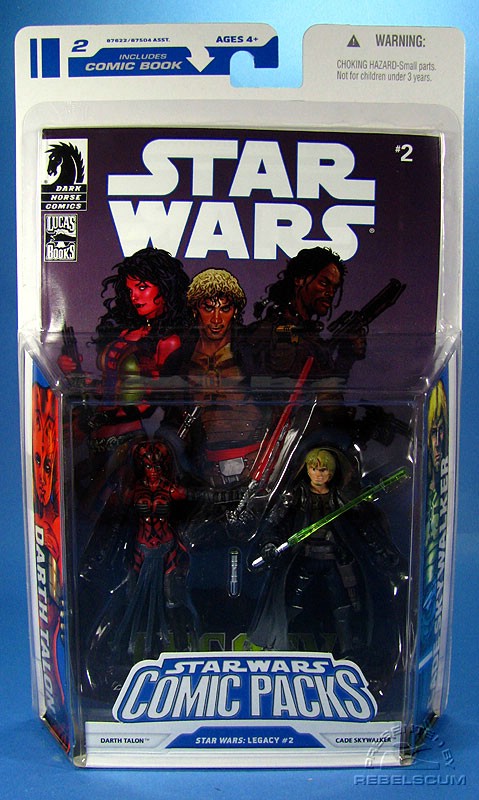 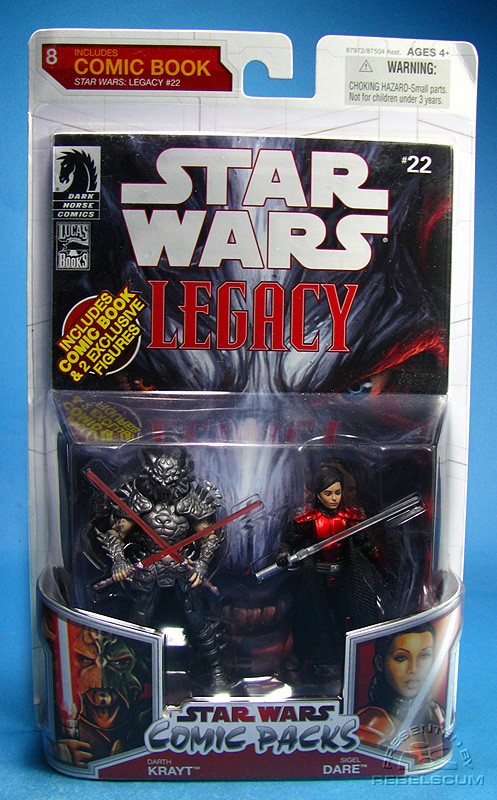 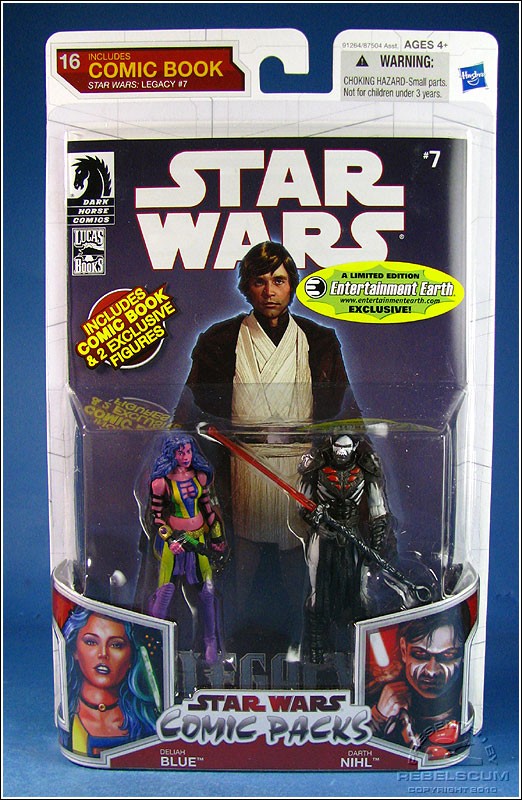 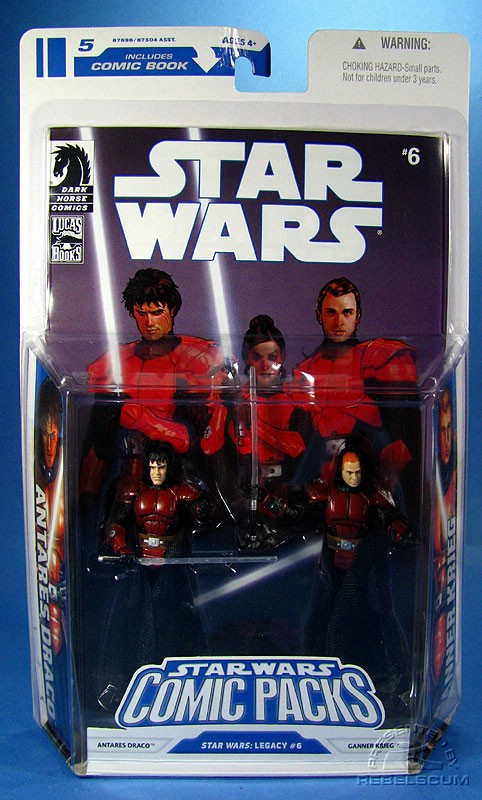 Legacy was one of the most popular Star Wars comic storylines ever, but the continuation of the series was cancelled in 2013. The popular Legacy characters are featured in some of the coolest comic book two packs ever produced by Hasbro, with Cade Skywalker and Darth Talon, Darth Krayt and Sigel Dare, Deliah Blue and Darth Nihl (Entertainment Earth exclusive), and Imperial Knights Ganner Krieg and Antares Draco bundled together with a popular issue from the series. Theres also a pretty awesome Entertainment Earth exclusive featuring the Joker Squad stormtroopers and the Sith Lord Darth Maleval.

An adaptation of Legacy would make a great Star Wars television series for Disney+ or a trilogy of films, and weve already lined up our picks for who wed like to take on some of the iconic characters. Here are five that our staff decided on, but the real question is who would YOU like to see? 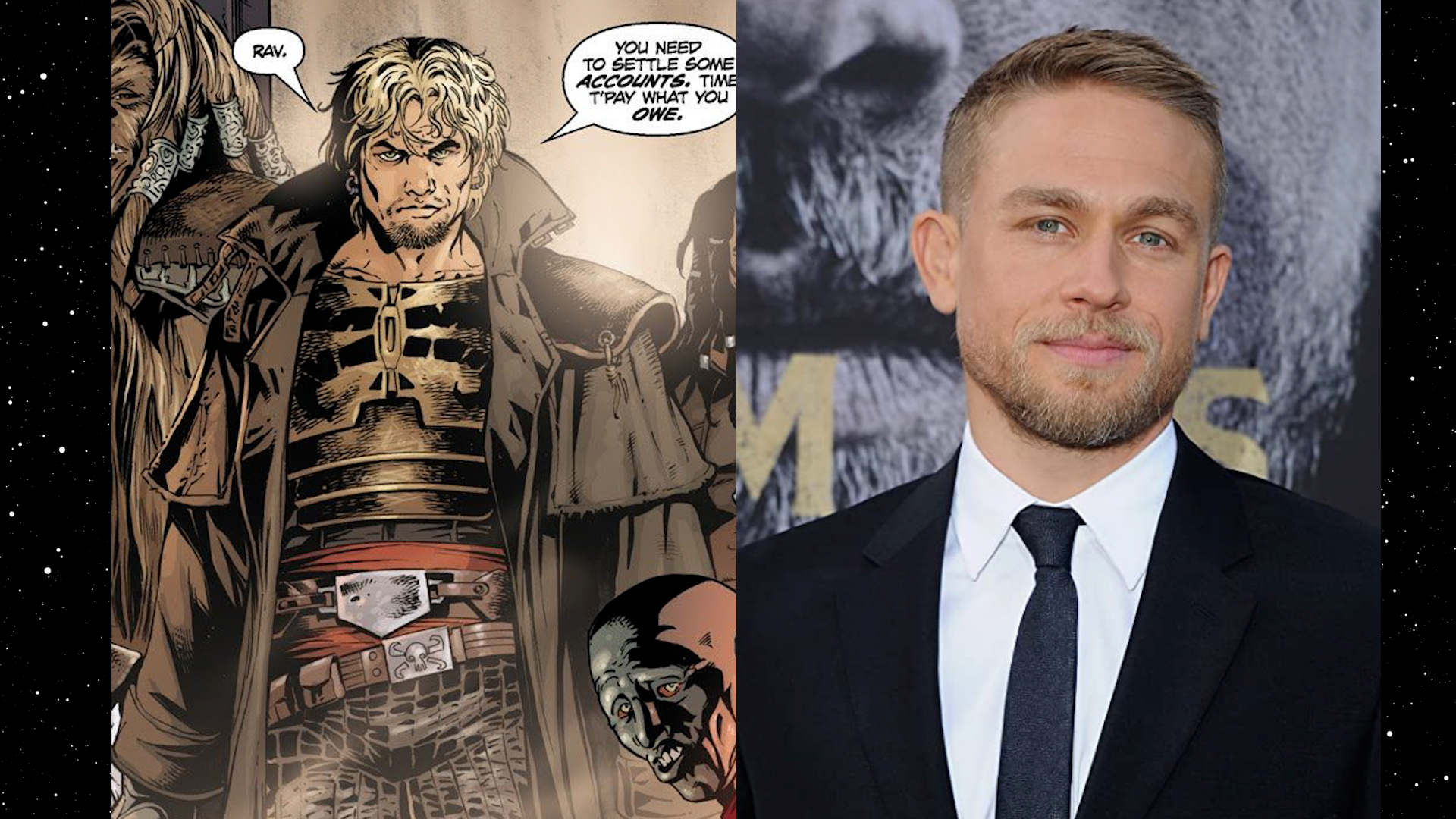 Perhaps the most obvious fan casting ever, but we cant think of anyone better suited to take on the role of the Jedi antihero than Sons of Anarchy star Charlie Hunnam. Not only does he look like the part exactly, but Hunnam has shown he can play a conflicted hero who is wrestling with destiny in films like The Lost City of Z. Also check out the Guy Ritchie action-comedy The Gentlemen to see Hunnams wry sense of humor, perfectly suited for the character of Cade, who often feels like he has a lot more in common with Han Solo than his ancestor Luke Skywalker.
Cade is a Skywalker, but hes very much a maverick who has grown cynical and hesitant to join causes. Hunnam would bring Cades stoic nature to play, but he could also bring some of the dark humor that the character uses in order to make his dangerous life a little more manageable. 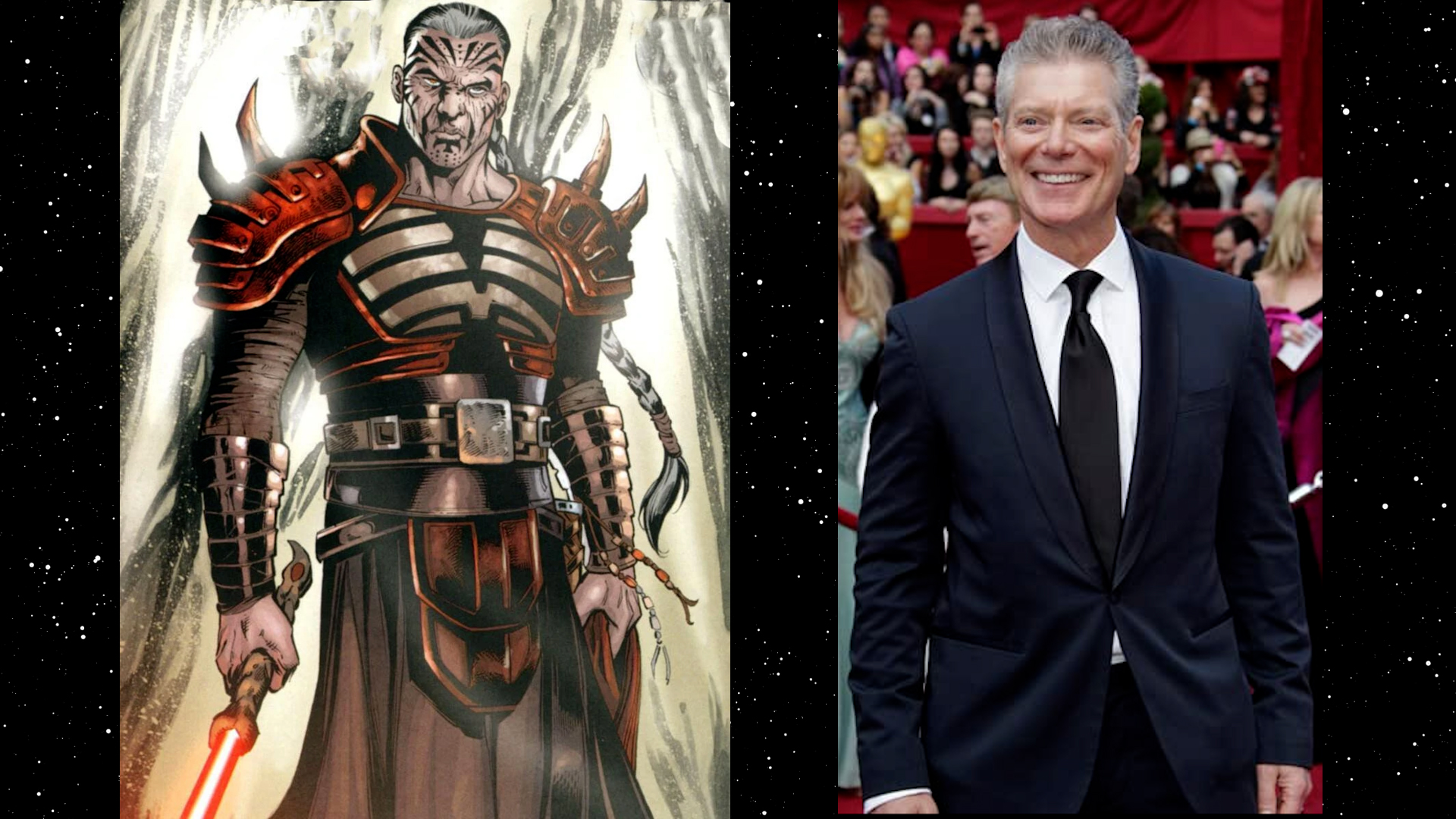 Darth Krayt survived the Jedi Purge, was tortured by the Yuuzhan Vong, and used Sith magic to prolong his life, so wed want to see a grizzled actor take on the role of the fearsome leader of the One Sith. Stephen Lang is a great actor who stunned us in classics like Manhunter and Tombstone, but we were really impressed by his imposing villain roles in Avatar and Dont Breathe, which certainly signify he likes playing ruthless bad guys. He also has the height and combat experience necessary to play Krayt.
Krayt is one of the most brilliant strategists in the history of the Sith; he devised the One Sith in order to disrupt the combative nature of the Rule of Two that prevented the Sith Lords from taking over the galaxy for over 1,000 years. Lang could show Krayts meticulous mind at play, while still conveying the years of pain that transformed him from a naive orphan to the most feared character in the universe. 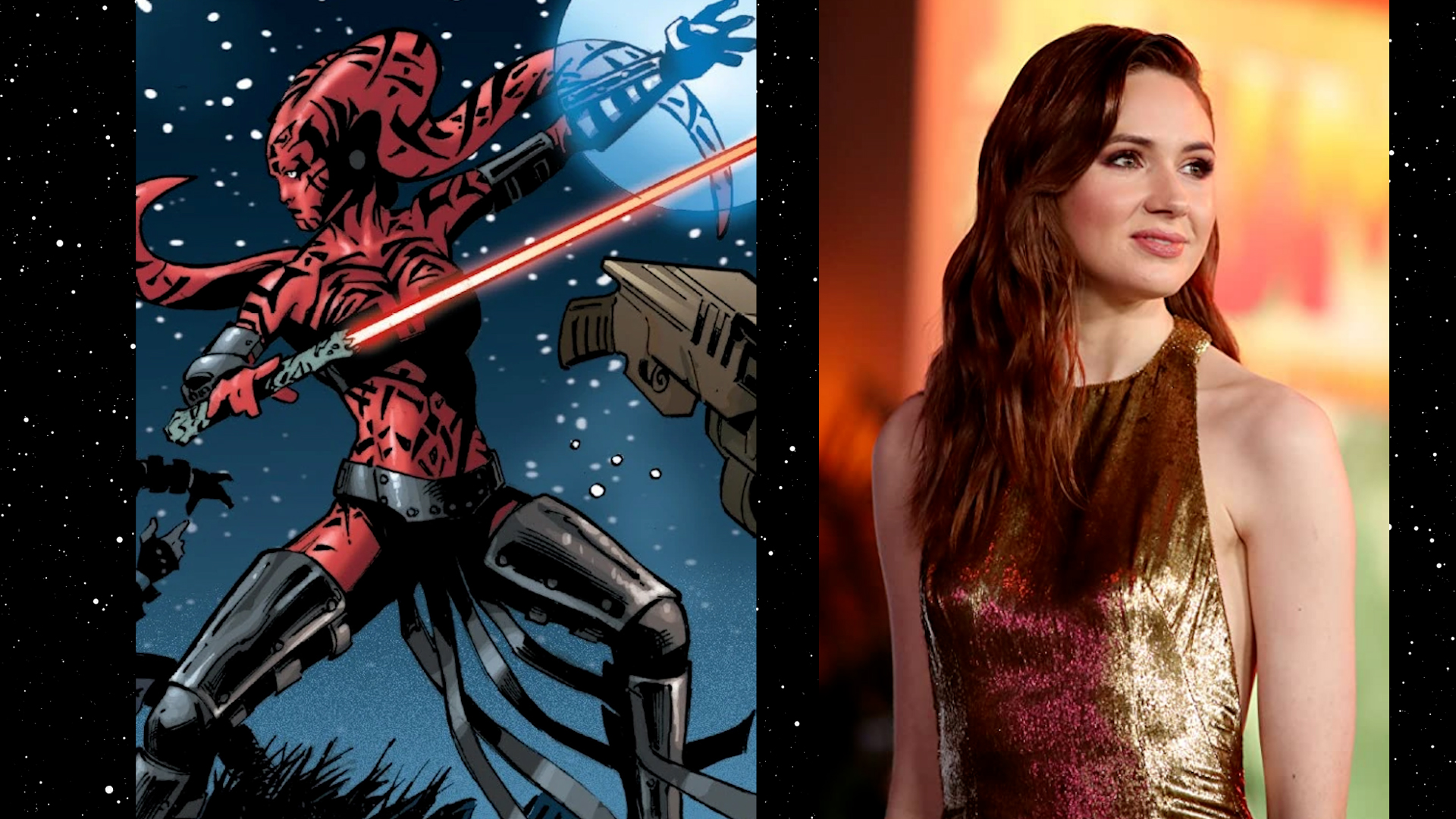 You'd be hard pressed to go to a major Star Wars convention and not run into some Darth Talon cosplay, as the Twilek Sith Assassin is one of Legacys popular creations. Doctor Who fans might recognize Karen Gillan as the delightful companion Amy Pond, but Gillan is no stranger to playing anti-heroes that require extensive alien makeup, having portrayed Nebula across the MCU films. Wed be keen to see her show her aptitude for violence once more by stepping into the role of one of Cade Skywalkers top nemesis. We got to see more of her butt-kicking abilities with the action-centric role in the new Jumanji franchise.
Talon is one of the more complex Legacy characters; her compassion can be deceptive, as in the very first issue she executes her Sith Master before Krayt despite appearing to show no signs of betrayal moments earlier. Gillan has a charismatic presence who could weaponize her initial charms with Talons ruthless nature. 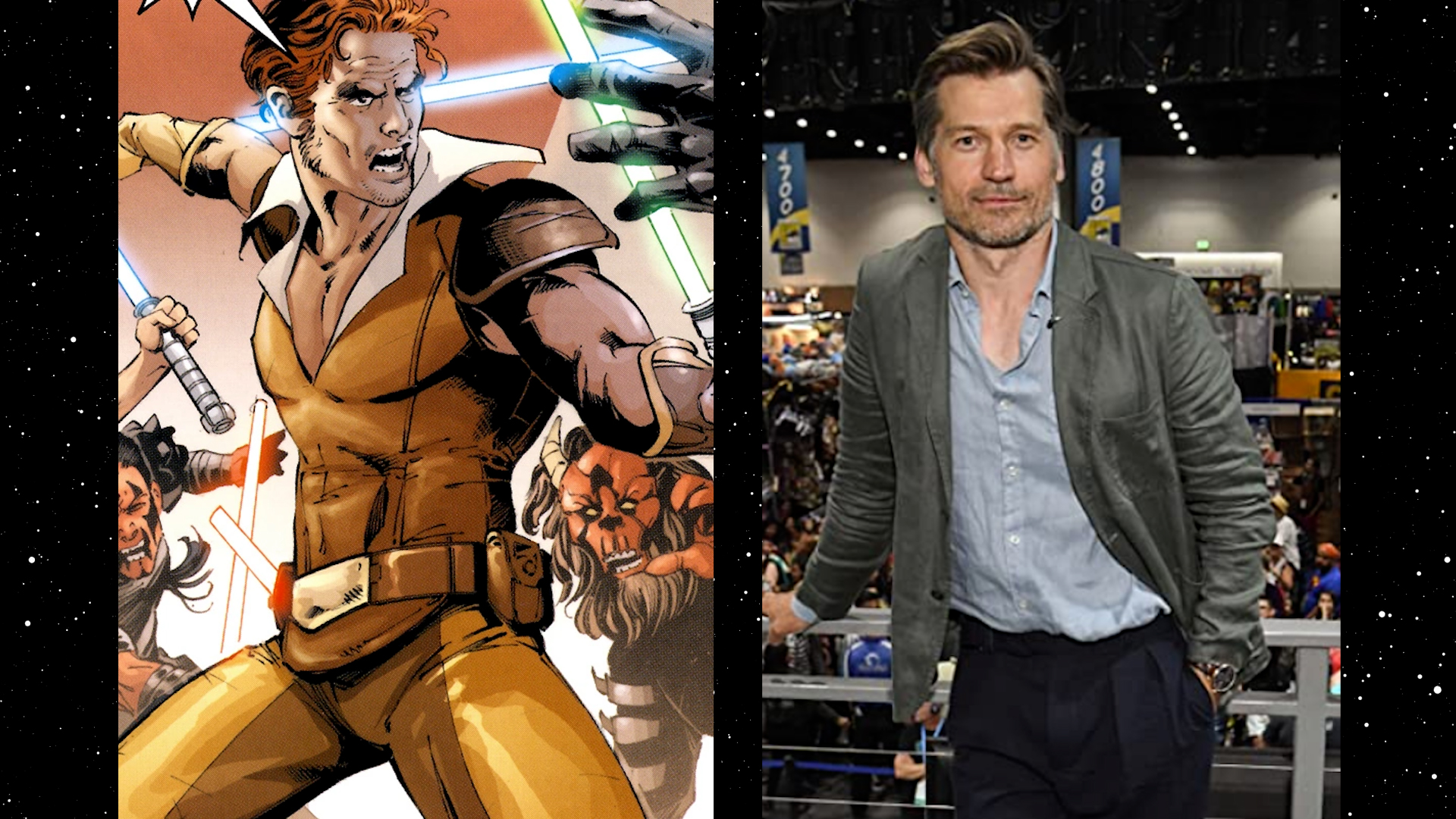 The role of Kol Skywalker is more limited, but very critical. Cades father is killed during the Sith attack on Ossus in the very first issue of Legacy, but hes important in passing on wisdom that Cade learns from (and rebels against) across the comics run. Plus, appearances as a force ghost would beef up the role for an actor stepping into the universe. We think Game of Throness Jamie Lannister himself, Nikolaj Coster-Waldau, could do a great job playing an empathetic father figure who is known for his prowess as a warrior. Plus, he bears enough resemblance to Hunnam that they could be a believable father-son duo.
Kol is a Jedi of profound compassion, but hes also a veteran warrior who's seen the evil inflicted upon the galaxy by the Sith and Empire. Waldau is great at giving closed off performances that give subtle hints at his backstory, and we think he could deliver stunning renditions of Kols monologues that haunt Cade as he thinks back on his fathers memory. 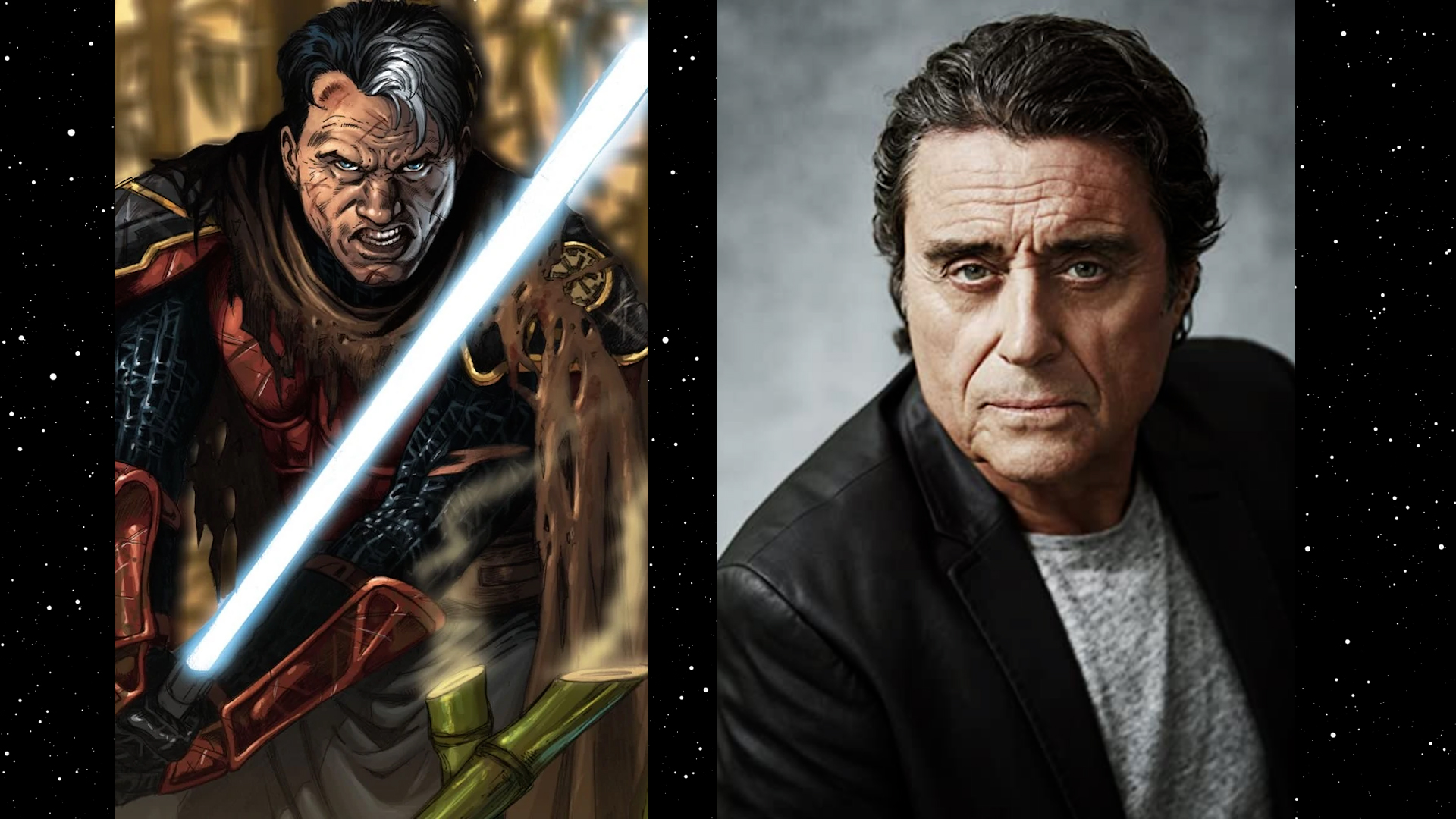 Roan Fel is one of Legacys more complex characters; the heir to the Fel dynasty (and grandson of Jania Solo), Roan served as the Emperor of the Imperial Remnant. However, he was no friend of the Sith, and led the force-sensitive (yet not dark side adjacent) Imperial Knights, making him an enemy of Darth Krayt. Fel wrestles with the seduction of the dark side, so youd definitely need an experienced actor who can play heroes, villains, and everything in between. Were suggesting Ian McShane, the brilliant British actor best known for his Emmy-nominated role on Deadwood and the Neil Gaiman fantasy series American Gods.
Fel is a character filled with contradictions; he supports the reign of the Empire wholeheartedly while harboring a hatred of the Sith, and hes known for making allies with frequent enemies like Cade. McShane does a great job at playing world-weary characters with flexible morals, a necessary trait for the part.

What do you guys think of our staff picks? Would you cast anyone else in any of the main roles? What about the characters we didnt mention, like Deliah Blue, Ania Solo, Shado Vao, or Jariah Syn? Give us your dream cast in the forums!
SEND