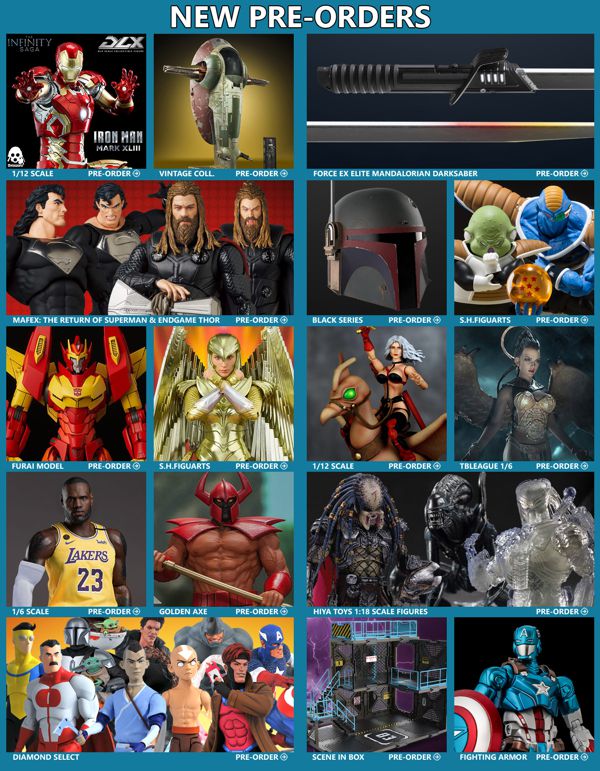 ------------
NEW ARRIVALS
------------
Beastify the battlefield with the War for Cybertron: Kingdom Deluxe figures! This statue of Majora's mask features the same textured details and vibrant colors the mask is known for. The Collector's Edition also has two LED modes for the eyes: static and pulsing. The Sailor Scouts return to the S.H.Figuarts line based on their appearance in the original '90s anime seriescolors and all! The Iron Giant, from the widely popular animated film, is the first in the Mondo Mecha collection, a line of highly articulated robot figures. Marvels Black Cat is the most confident, cunning burglar the world has ever seen and now she has joined the Marvel Legends Series! From the Nintendo Wii-exclusive game comes a Metroid Prime 3 Corruption figma of the main character, Samus Aran! 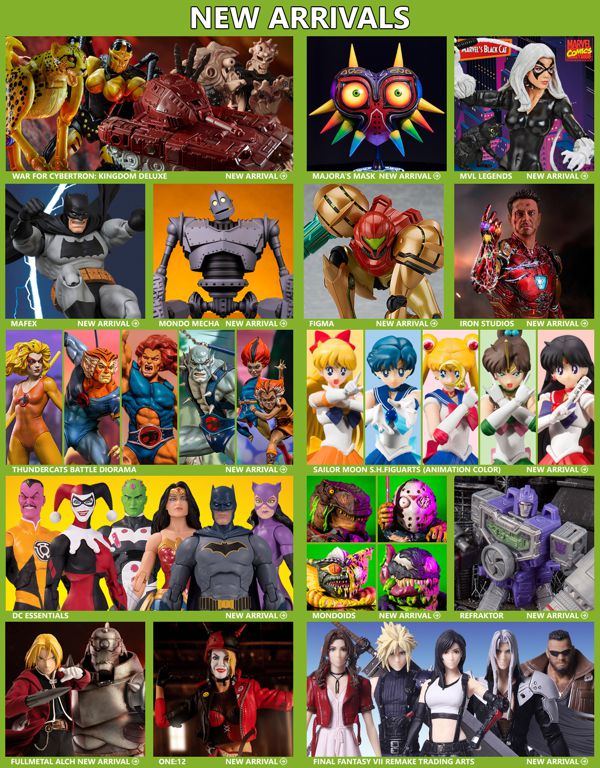