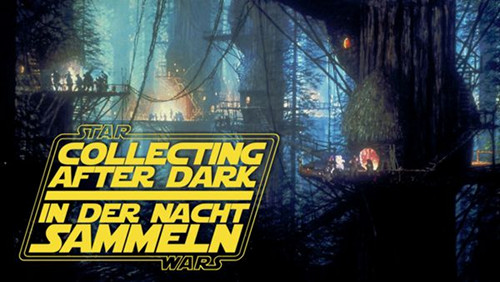 At Star Wars Celebration Europe 2 the most rare items won't be on the show floor, they'll only be available AFTER DARK. The CE2 Collecting Track is excited to announce Collecting After Dark, a Star Wars Collector's Swap Meet where fans from across the globe can come to trade their Star Wars goods. Bring your items to sell or trade or add some new stuff to your collection. From new to vintage, rare prototypes and more, you never know what you'll find After Dark! So join us Saturday, July 27, 11:00 PM at the Atlantic Congress Hotel, just half a mile from the convention center.

The Swap Meet at Star Wars Celebration VI was the spot for collectors to obtain new gems, so don't miss out in Collecting After Dark at CE2!
SEND