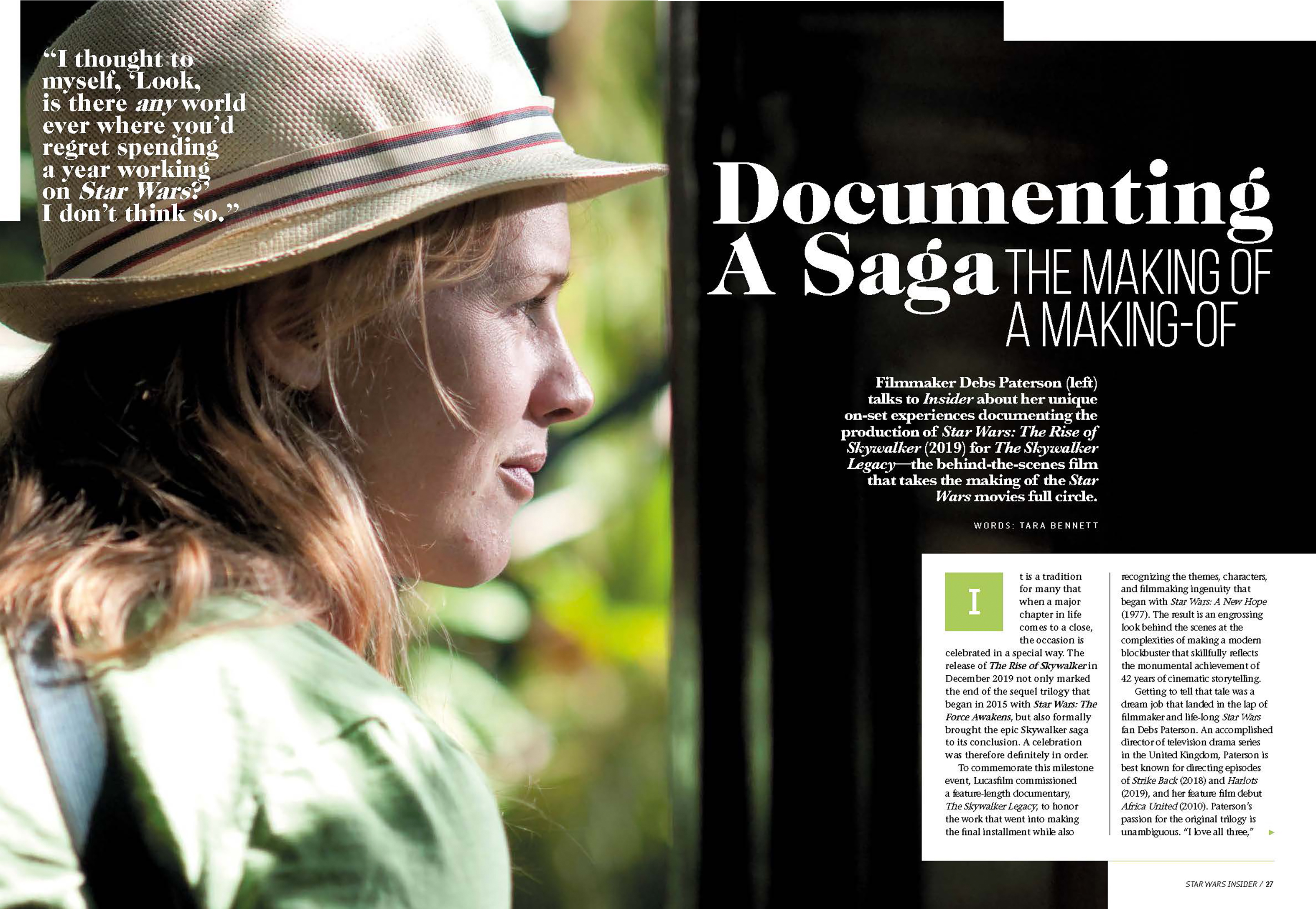 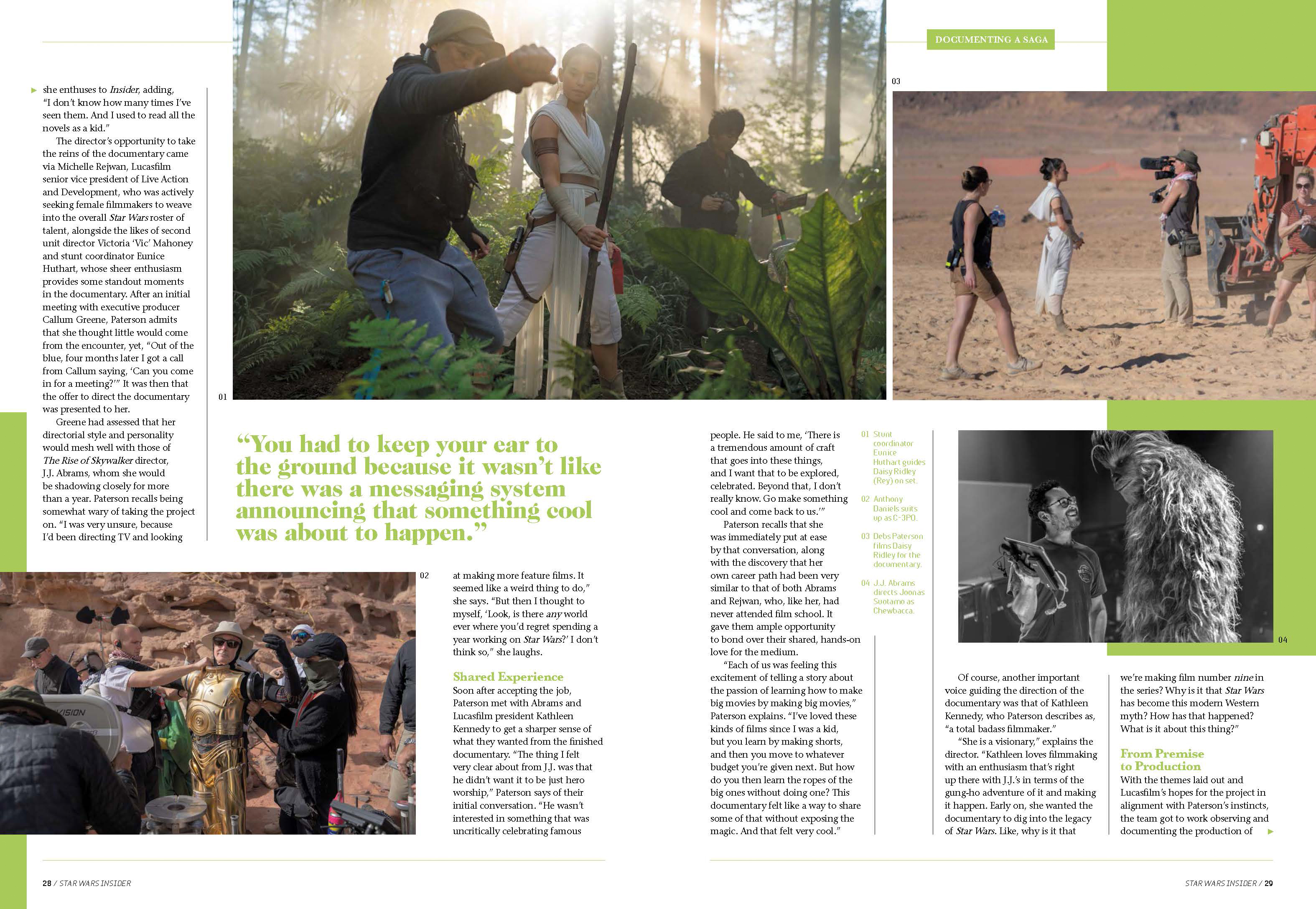 Rebelscum.com is proud to present an exclusive first look at Star Wars Insider #198. Please enjoy this excerpt of "Documenting the Saga: The Making of the Making of" by Tara Bennett about filmmaker Debs Paterson.

It is a tradition for many that when a major chapter in life comes to a close, the occasion is celebrated in a special way. The release of The Rise of Skywalker in December 2019 not only marked the end of the sequel trilogy that began in 2015 with Star Wars: The Force Awakens, but also formally brought the epic Skywalker saga to its conclusion. A celebration was therefore definitely in order.

To commemorate this milestone event, Lucasfilm commissioned a feature-length documentary, The Skywalker Legacy, to honor the work that went into making the final installment while also recognizing the themes, characters, and filmmaking ingenuity that began with Star Wars: A New Hope (1977). The result is an engrossing look behind the scenes at the complexities of making a modern blockbuster that skillfully reflects the monumental achievement of 42 years of cinematic storytelling.

Getting to tell that tale was a dream job that landed in the lap of filmmaker and life-long Star Wars fan Debs Paterson. An accomplished director of television drama series in the United Kingdom, Paterson is best known for directing episodes of Strike Back (2018), Harlots (2019), and her feature film debut Africa United (2010). Patersons passion for the original trilogy is unambiguous. I love all three, she enthuses to Insider, adding, I dont know how many times Ive seen them. And I used to read all the novels as a kid.

The directors opportunity to take the reins of the documentary came via Michelle Rejwan, Lucasfilm senior vice president of live action and development, who was actively seeking female filmmakers to weave into the overall Star Wars roster of talent, alongside the likes of second unit director Victoria Vic Mahoney and stunt coordinator Eunice Huthart, whose sheer enthusiasm provides some standout moments in the documentary. After an initial meeting with executive producer Callum Greene, Paterson admits that she thought little would come from the encounter, yet, Out of the blue, four months later I got a call from Callum saying, Can you come in for a meeting? It was then that the offer to direct the documentary was presented to her.

Green had assessed that her directorial style and personality would mesh well with those of The Rise of Skywalker director, J.J. Abrams, whom she would be shadowing closely for more than a year. Paterson recalls being somewhat wary of taking the project on. I was very unsure because Id been directing TV and looking at making more feature films. It seemed like a weird thing to do, she says. But then I thought to myself, Look, is there any world ever where youd regret spending a year working on Star Wars? I dont think so, she laughs.

Soon after accepting the job, Paterson met with Abrams and Lucasfilm president Kathleen Kennedy to get a sharper sense of what they wanted from the finished documentary. The thing I felt very clear about from J.J. was that he didnt want it to be just hero worship, Paterson says of their initial conversation. He wasnt interested in something that was uncritically celebrating famous people. He said to me, There is a tremendous amount of craft that goes into these things, and I want that to be explored, celebrated. Beyond that, I dont really know. Go make something cool and come back to us.

Paterson recalls that she was immediately put at ease by that conversation, along with the discovery that her own career path had been very similar to that of both Abrams and Rejwan, who, like her, had never attended film school. It gave them ample opportunity to bond over their shared, hands-on love for the medium.

Each of us was feeling this excitement of telling a story about the passion of learning how to make big movies by making big movies, Paterson explains. Ive loved these kinds of films since I was a kid, but you learn by making shorts, and then you move to whatever budget youre given next. But how do you then learn the ropes of the big ones without doing one? This documentary felt like a way to share some of that without exposing the magic. And that felt very cool.

Additionally you can also find the following articles in the new issue hitting stands November 10, 2020.

The actor who played Temmin Snap Wexley speaks exclusively to Insider about his love for everything Star Wars.

FEEL THE FORCE: THE MOST COMPASSIONATE ACTS IN THE STAR WARS GALAXY REVEALED

I thought to myself, Look, is there any world ever where youd regret spending a year working on Star Wars? I dont think so.  Deb Paterson

A SAGA OF STORYTELLING

A Galaxy of Stories  how to stop worrying and start reading Star Wars.

Star Wars Insider profiles Palpatines top five fall guys, and how each of them ultimately failed the evil Sith Lord!

BEYOND BB-8  BRYAN HERRING AND DAVE CHAPMAN: FROM PORGS TO LADY PROXIMA

If you are interested in subscribing please follow these links for U.S. & Canada | U.K. & Europe | Rest of the World 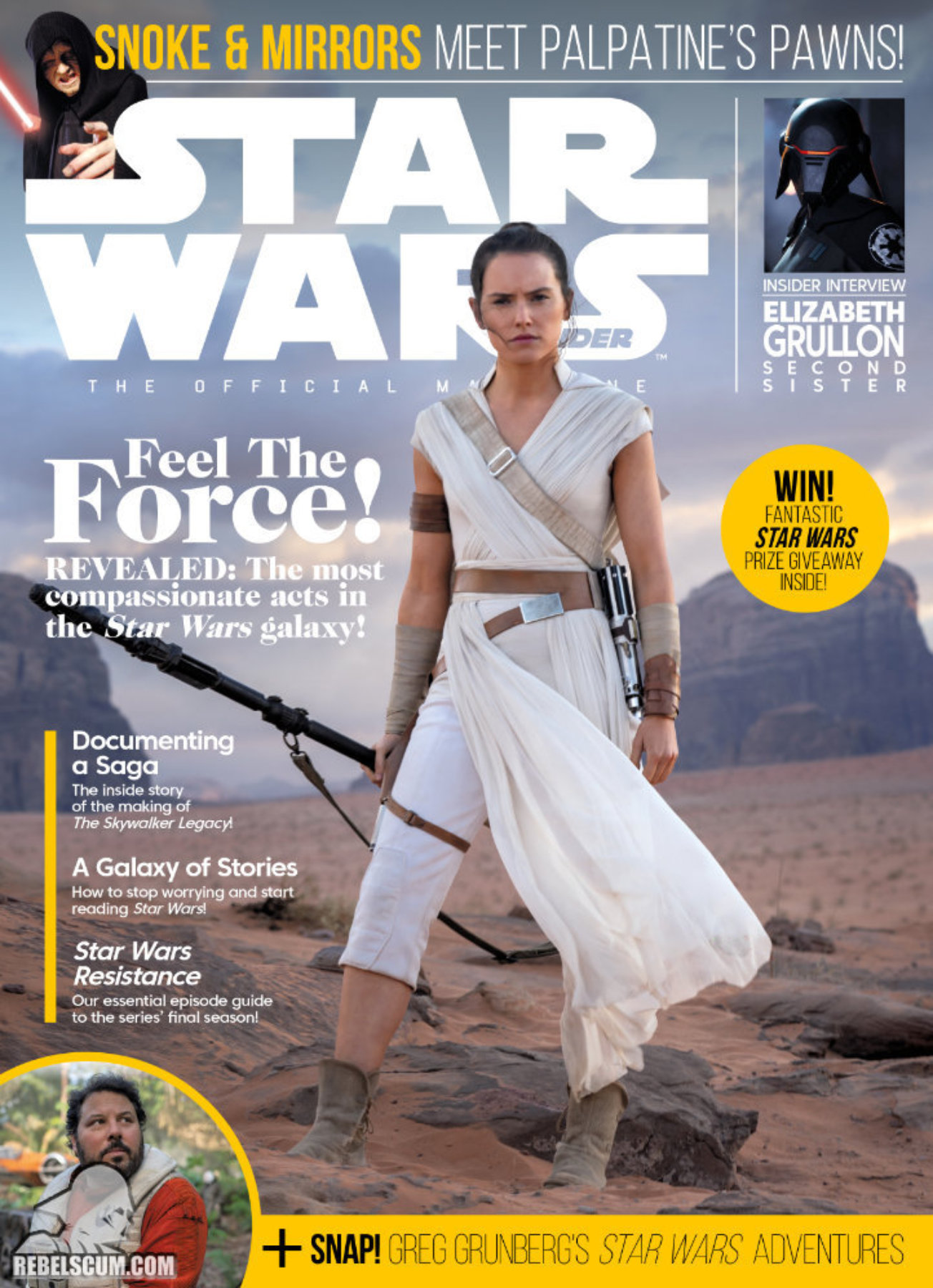 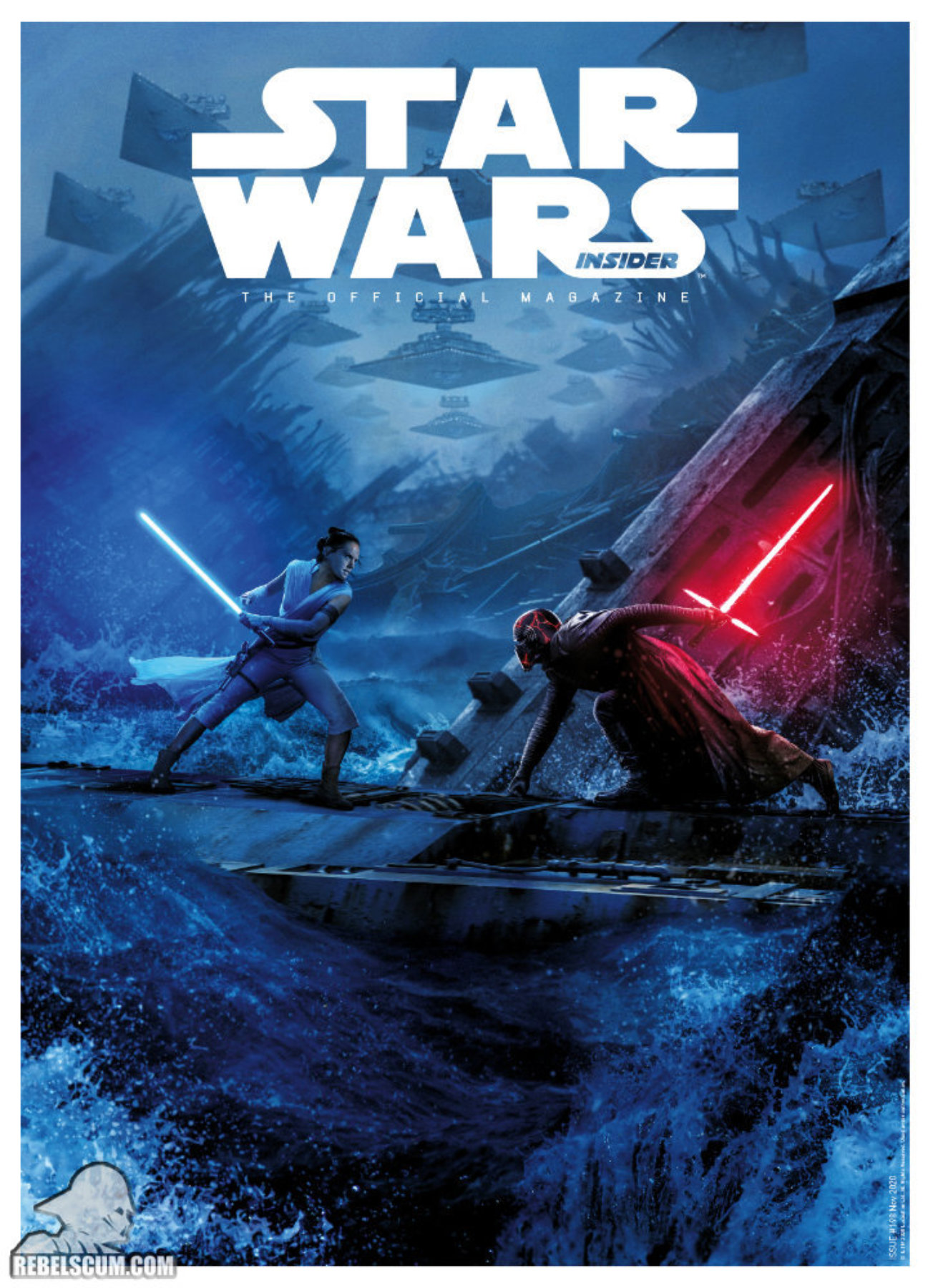 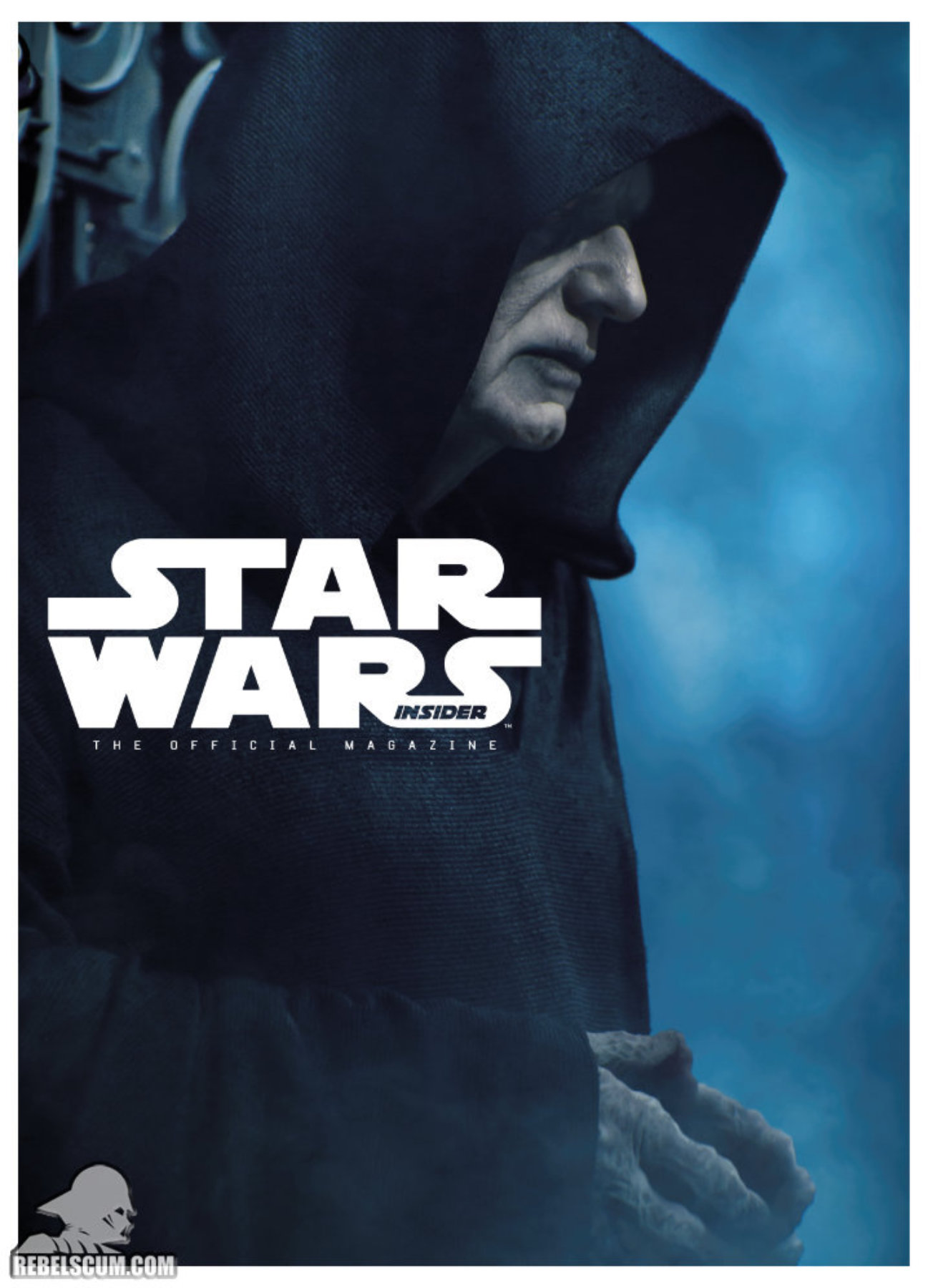