EXCLUSIVE: Titan's Age of Resistance Preview
Posted by Jay on February 18, 2021 at 08:00 AM CST
Rebelscum.com is proud to present an exclusive look at the Princess Leia article "The General and the Last Rebels" from Titan Magazines Age of Resistance Official Collector's Edition. The issue is on sale March 9, 2021 at newsstands, comic book stores (with an exclusive cover) and in a hardcover edition as well. 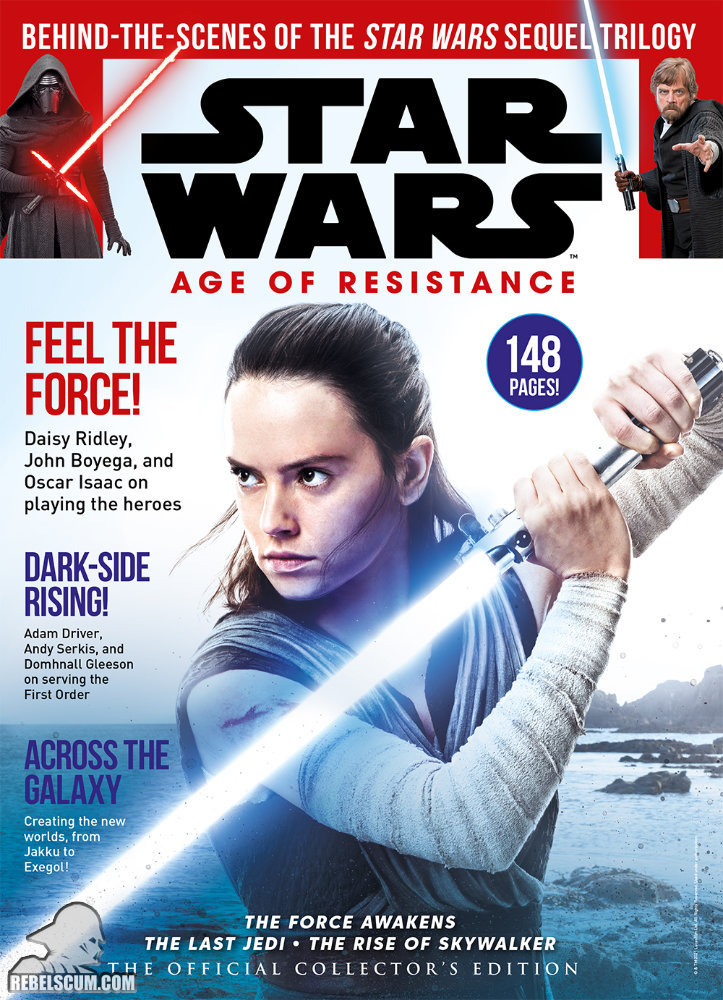 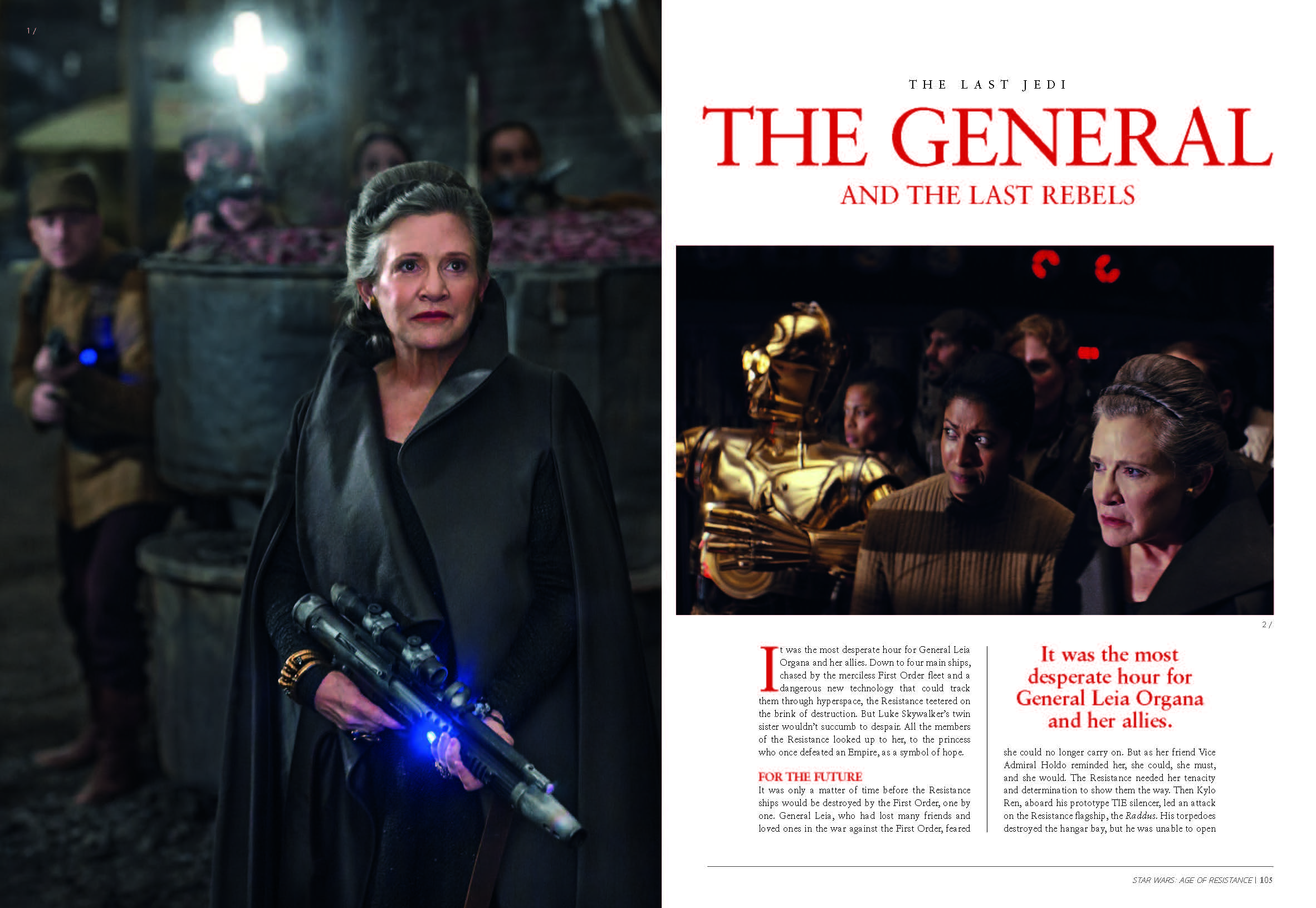 THE GENERAL AND THE LAST REBELS

It was the most desperate hour for General Leia Organa and her allies. Down to four main ships, chased by the merciless First Order fleet and a dangerous new technology that could track them through hyperspace, the Resistance teetered on the brink of destruction. But Luke Skywalkers twin sister wouldnt succumb to despair. All the members of the Resistance looked up to her, to the princess who once defeated an Empire, as a symbol of hope.

FOR THE FUTURE
It was only a matter of time before the Resistance ships would be destroyed by the First Order, one by one. General Leia, who had lost many friends and loved ones in the war against the First Order, feared she could no longer carry on. But as her friend Vice Admiral Holdo reminded her, she could, she must, and she would. The Resistance needed her tenacity and determination to show them the way. Then Kylo Ren, aboard his prototype TIE silencer, led an attack on the Resistance flagship, the Raddus. His torpedoes destroyed the hangar bay, but he was unable to open fire on the bridge where his mother was. A moment later, one of the Special Forces fighter pilots took that decision from him. The bridge exploded and many died, lost in the vacuum of space. The Force allowed Leia to survive, but she fell unconscious. It was always in the original script, that the audience would witness Leia being sucked out into the vacuum of space, said visual effects supervisor Ben Morris about this scene. Has she made it? Have we lost her? We wanted to be very careful with how we played that moment. There was a lot of conversation about the moment when Leia was outside in space, about how we could portray something that needed to feel real. But it was also a hugely significant momentwhen Leia defies what you thought was her death. She used the Force, which we had never really seen her do in the other films. We wanted to work out a very delicate and beautiful way of showing Leia in space as she starts to use the Force. Leias apparent loss was a boon to the First Order, but the Resistance would not be so easily shaken. The general had prepared a new generation of heroes who would take her place and allow hope to survive.

A NEW LEADER
When the First Order fleet caught the Resistance in the middle of the evacuation of DQar, Poe Dameron didnt hesitate. Following his instincts, he approached the enemys Dreadnought alone aboard his starfighter and took out all its cannons before anyone realized that he was just a decoy. Thanks to him, the Resistance bombers could start their attack, buying time for the evacuation to be completed. But Poes recklessness took over. When General Leia ordered him to disengage, Poe switched off his communications. He wanted the bombers to take down the Dreadnought. And they did, but the cost was too high. For his disregard of a direct order, Leia demoted him. She knew that Poe represented the future of the Resistance, but he had to learn a lesson: He couldnt solve everything by jumping in his X-wing and blowing something up. He must learn patience and strategy. He must think like a leader. The theme of mentors ran through this whole series, explained director Rian Johnson. To me, it made a lot of sense that Leia would be a mentor to Poe. If Leia was the general in charge of the Resistance, her ace pilot was Poe. Hes a great Star Wars character in The Force Awakens, there wasnt a ton of conflict. You knew who he was, because he was an awesome pilot. And that was perfect. And you loved him from the get-go. But I wanted to push him a little more, and put him in a tough spot. 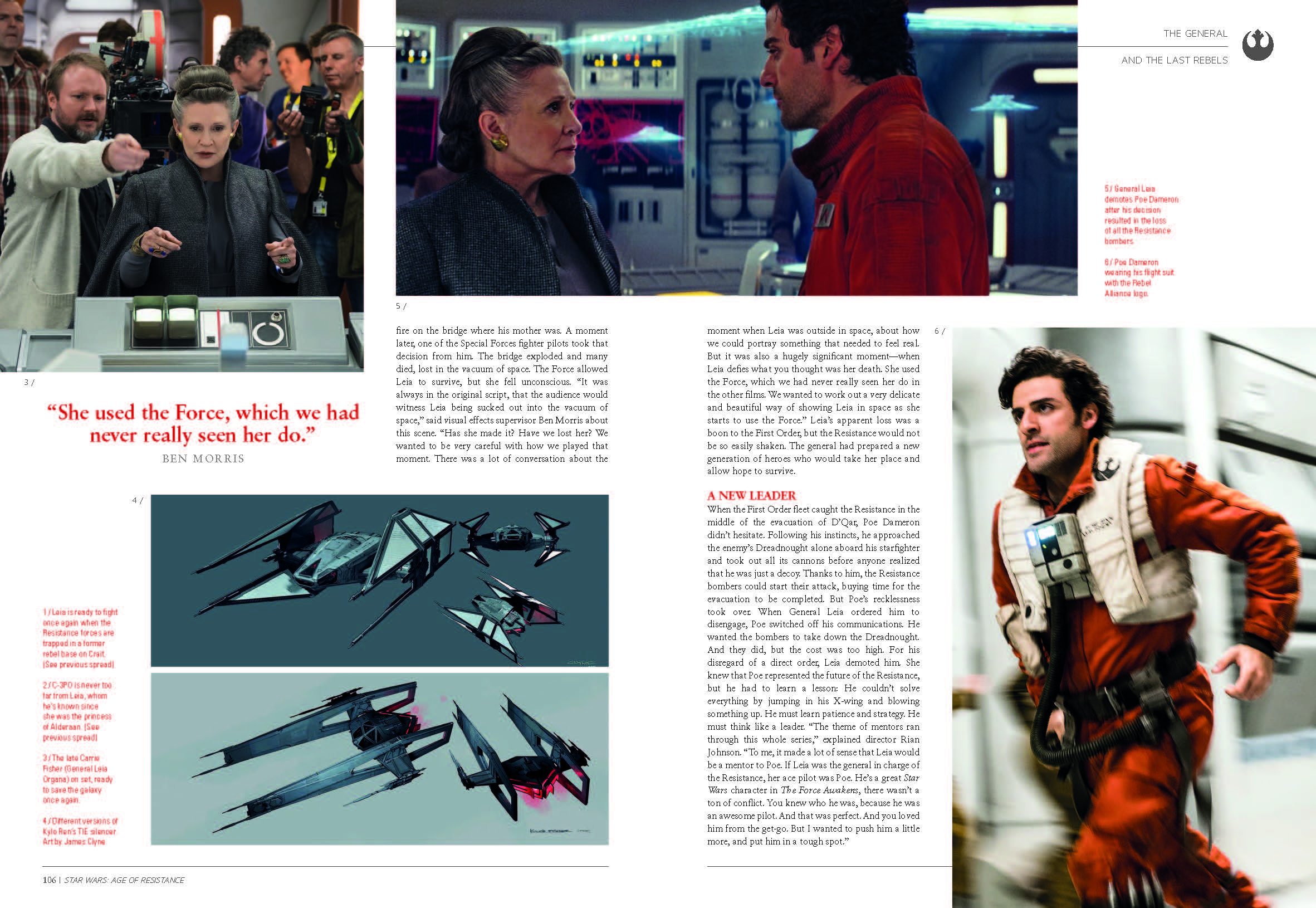 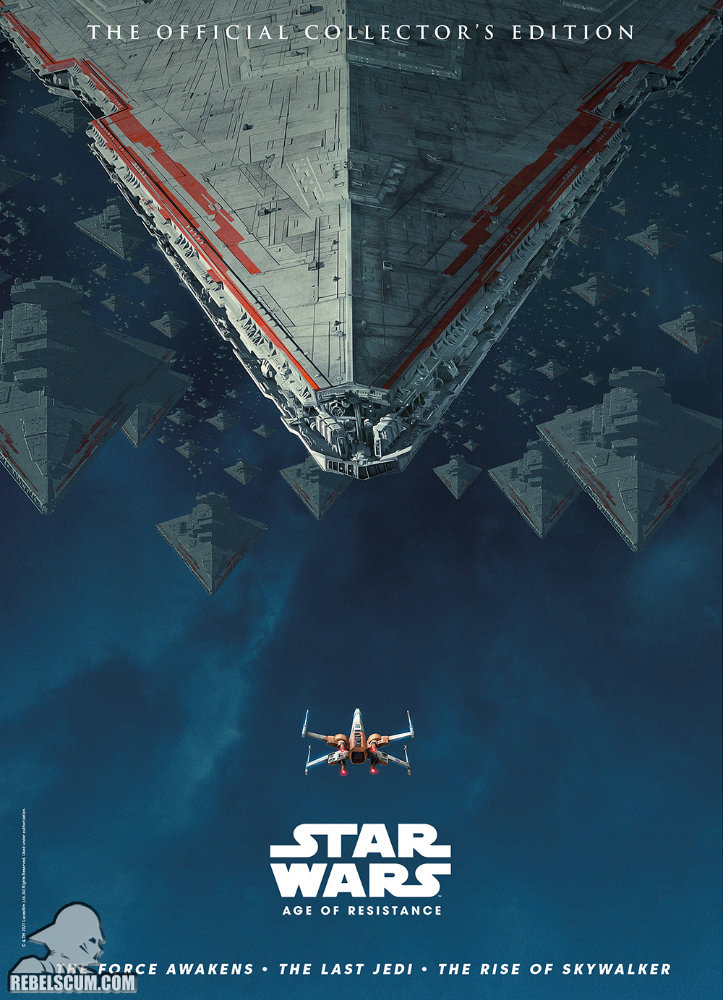 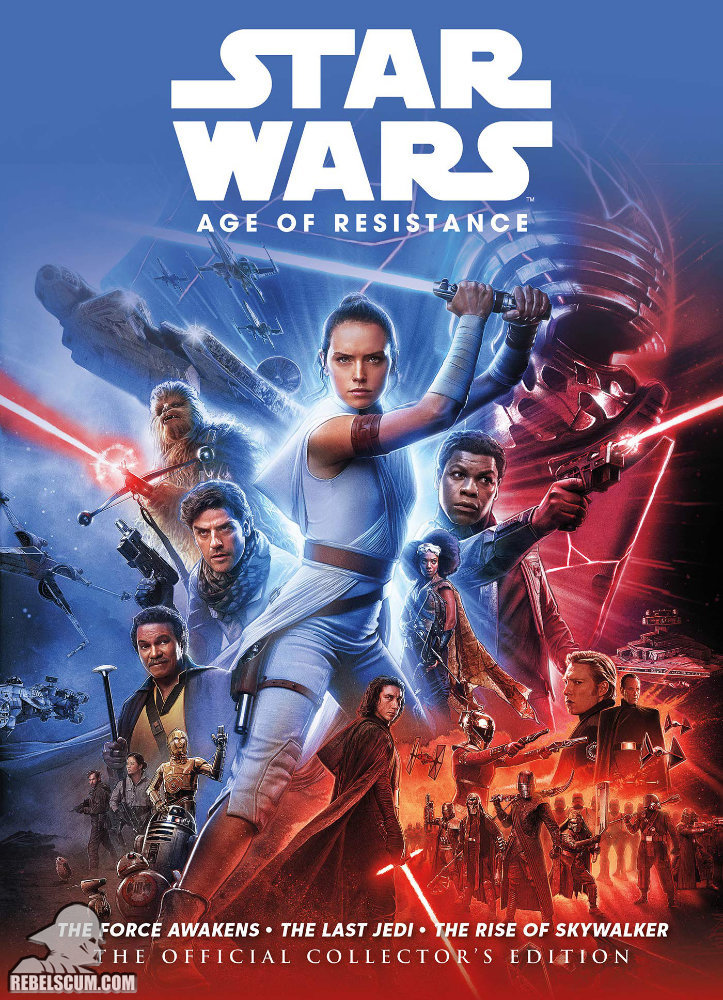 You can pre-order your copy today! Hardcover via Amazon or Exclusive cover via Forbidden Planet. On sale March 9, 2021!
SEND