LEGO Star Wars Advent Calendar 2019: Day 0
Posted by Jeremy on November 30, 2019 at 12:00 AM CST
Originally hailing from Germany, the nineteenth century tradition of marking the days until Christmas with a small candy or gift has spread across the world - and the galaxy!

Meaning "coming" in Latin, the season of Advent - which traditionally starts on the Sunday closest day to Saint Andrew's Day - is period in the Christian calendar that spans the four Sundays before Christmas and is the time given over to preparing and reflecting on the real meaning of Christmas.

Because the closest Sunday can fall between November 27 and December 3 inclusive, the Advent calendar usually begins on December 1 which is also the first day that a Christmas tree can be decorated - check out Rebelscum's Guide to LEGO Star Wars Keepsake Ornaments for ideas on how to give your Yuletide tree a LEGO Star Wars garnish - according to tradition/superstition.

Typically, these calendars takes the form of a large rectangular card with 24 windows; one for each day of December leading up to and including Christmas Eve. Consecutive doors are opened every day leading up to Christmas, and reveal an image, a poem, a portion of a story (such as that of the Nativity of Jesus), a piece of chocolate or a small gift.

Though these have only around in LEGO form since 2011, Advent caledars aren't new to Star Wars fans, having initially arrived in the United Kingdom in the 1980s. Following their first release, LEGO have introduced a total of nine calendars to collectors and fans.

In the case of the LEGO Star Wars Advent Calendar each window has a small set or minifigure, often with a festive or wintery theme rather than one with any religious connections to make it more globally appealing. Many of these LEGO gifts are unique or have had subtle tweaks to differ them from the originals released at general retail. LEGO also adds a fold-out cardboard flap that has a play/display surface on it.

Whatever your motive for enjoying this time of the year is, the Advent calendar has, for many children around the world, become ubiquitous with the long wait for presents and this year's version - 75245 LEGO Star Wars Advent Calendar - is no different! 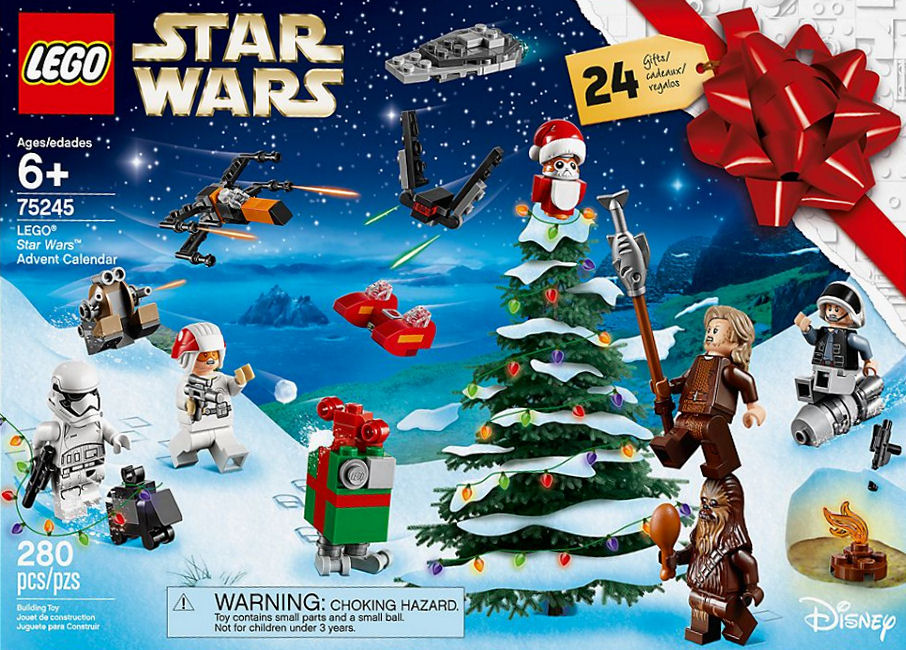 Let any fan wake up to a galactic treat each day in December with the 75245 LEGO Star Wars Advent Calendar 2019. Behind each door is a buildable Star Wars character, starship, vehicle or other building toy collectible, plus 2 exclusive Christmas-themed LEGO figures. When you've opened all the doors, there's even a foldout playmat with a colorful Ahch-To Island scene that lets kids play out epic Star Wars adventures. This kids' advent calendar makes a great Star Wars gift and is a fun way to get them excited about the holidays. 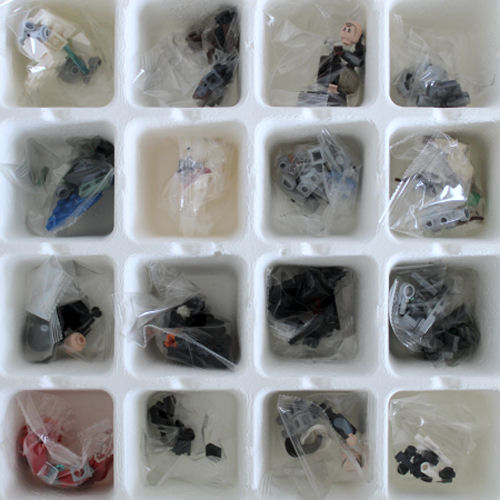 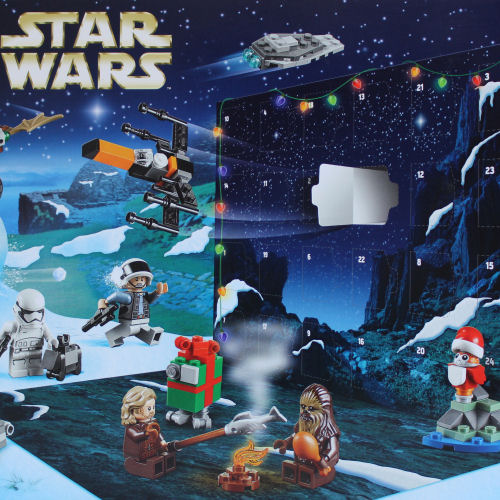 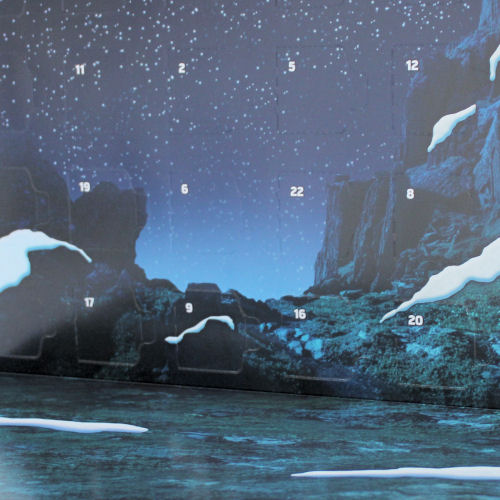 This product is available now from the following retailers:

If you enjoy Rebelscum's coverage of LEGO Star Wars news you can help support us by making the occasional purchase using one of our affiliate links, at no extra cost to yourself.
SEND