After a couple of circumstantial clues gave rise to either an April release - which ties in with a number of other Star Wars merchandise shelf dates - or October - a month not normally on the Star Wars release schedule - LEGO, Star Wars and gaming fans were understandably frustrated.

However, there's a new piece of evidence that may help clear up the matter. In the last 24 hours LEGO has updated 75292 The Razor Crest product page with packaging shots - and one eagle-eyed Rebelscum reader alerted us to the graphic in the top left corner of the box's rear side. 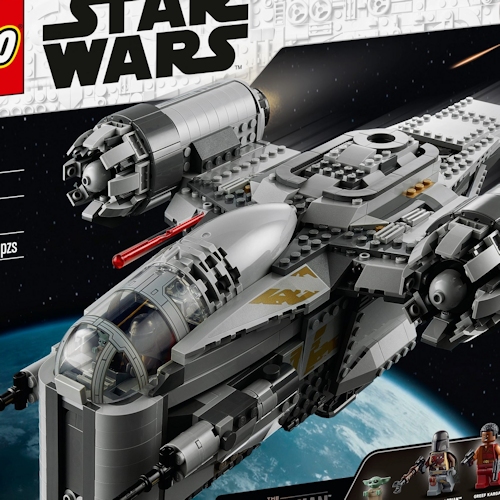 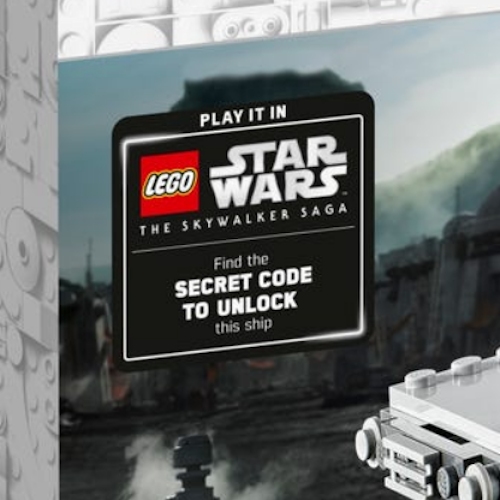 It clearly says that The Razor Crest can be unlocked with a code contained inside the box (likely printed in the set's instructions). As exciting as this first ever LEGO Star Wars set/video game cross-over is, it also indicates that the September 1st release of the set could tie in with the release of LEGO Star Wars: The Skywalker Saga.

In the normal course of events the last quarter of the year is a time that is usually farthest from the bright center of the Star Wars retail universe, and the previously mentioned reports of the video games release in October were met with skepticism. Until, that is, Disney announced that the second season of The Mandalorian would debut in October. Suddenly the last third of 2020 has a lot more weighted with Star Wars than any other time in its 43 year history.

LEGO Star Wars: The Skywalker Saga is one of the year's most eagerly awaited games (Halflife: Alyx doesn't count unless you're happy with dropping +$2000 on a system that will let you play it) and you can pre-order it at Target, Walmart, Gamestop, Amazon.com and Steam now, for $59.99.
SEND