75275 A-Wing Starfighter Reviewed
Posted by Jeremy on May 23, 2020 at 05:05 AM CST
Ever since the release of 10227 B-Wing Starfighter in 2012 the combined voice of the LEGO and Star Wars fan community has been calling for the addition of the Rebel Alliance's most famous interceptor to the fleet.

Personally, my wish for an A-wing goes back much, much further - all the way to 1985 when Kenner, in the dying years of Star Wars action figures, debuted their own A-Wing Fighter in 3-3/4" scale. Released late in the vintage era, retailers weren't particularly interested in it and branded with Droids graphics it barely had any connection with Return of the Jedi, a movie that had been released two years prior, meaning that shoppers turned their noses up at it too. 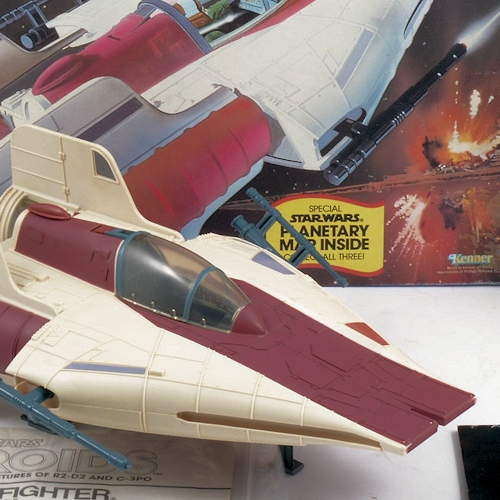 With few retail orders and fewer consumer buyers these ended up in landfill sites rather than toy boxes. By the mid-80s most kids' interest in Star Wars toys had waned and I, being no different, found skateboards, BMX and random acts of shenanigans to be far more entertaining so I never bothered to add an A-Wing to my Kenner collection.

By the time I had come out of my Dark Age in 1995 I quickly learned that the 3-3/4" toys which had come out at the tail-end of Kenner's line had quickly became a collector's favourite and their valued had soared, pricing me out of the market. When Hasbro launched their Power of the Force 2 line in 1995 it only took two years for the A-Wing Fighter to get a modern release, satisfying most - if not all - collectors. But not me; as nice as these re-releases were I yearned for something original.

It wasn't until LEGO shared the announcement that the next Ultimate Collector Series set to be released would be 75275 A-wing Starfighter that I put away the world's smallest harp. And when it arrived in time for this year's May The 4th Be With You celebration of all things Star Wars I dedicated a day of COVID-induced isolation to build the first original Ultimate Collector Series set for five years. 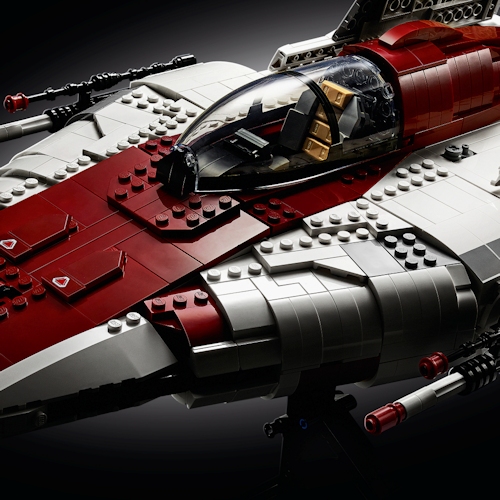 While it is possible to draw one important parallel with the vintage A-Wing Fighter, which will be made clear soon enough, the set's packaging clearly depicts it as something more than the run-of-the-mill LEGO set. Gone are any graphics that would make a child grab their parent's sleeve in an attempt to get their attention. So too are colourful logos and action settings. This box screams class in a way that would catch the eye of the most sophisticated resident of the Hamptons.

The after-dinner chocolate box look, which was trialled in 10272 Old Trafford - Manchester United stadium set and first applied to the Star Wars theme with the release of the buildable model helmets, has now become the norm for the 18+ range that has recently replaced Creator Expert line.

Clarifying this change, LEGO stated that "We have decided to stop using the Creator Expert branding and, instead, use the new adult-focused packaging design to make it clearer which hobbies or brand products they can relate to." So there you go, LEGO isn't just for kids anymore.

But we already knew that, right? Yeah we did.

The second most noticeable feature of 75275 A-wing Starfighter box is its size. After the massive cartons that have housed the last few Ultimate Collector Series sets, the matchbox-sized packaging of the UCS A-wing Starfighter belies the dimensions of the finished model.

While the final result was more than a pleasant surprise, before the completed A-wing was revealed a trial by ordeal had to be endured and though a reasonably dextrous teenager could tackle this build, the set is part of the 18+ range of sets for a good reason because, at times, it was painfully technical.

The model's chassis, not surprisingly, is a Technic core which supports the snub-nosed prow of the starfighter. Hanging - yes, literally - off it are the two engine pods and the two sections that give the ship its dart-like shape. Both of these are very complicated and you are guaranteed to have to roll back the build a few steps to figure out how the extra pieces at the end of the bag were missed. If you thought that the original 10030 Imperial Star Destroyer had some spurious connections you're going to have your patience tested with this construct. 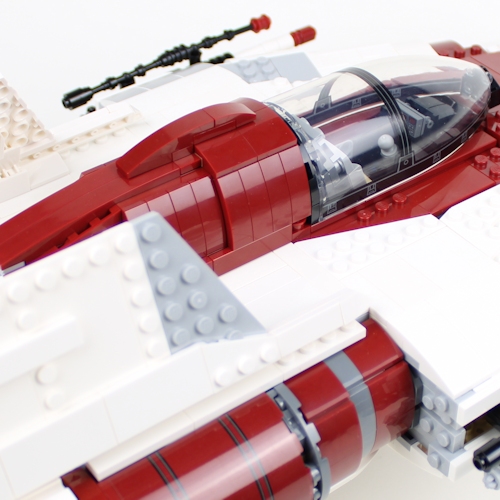 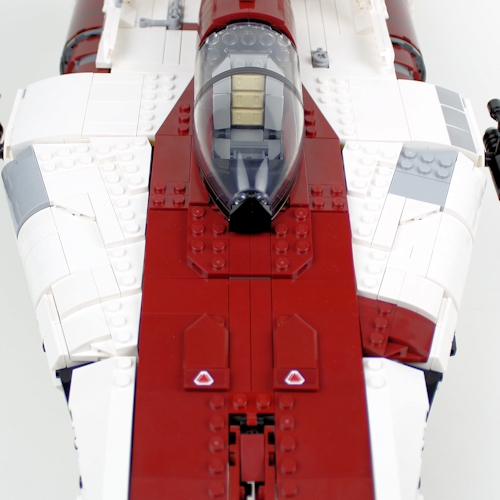 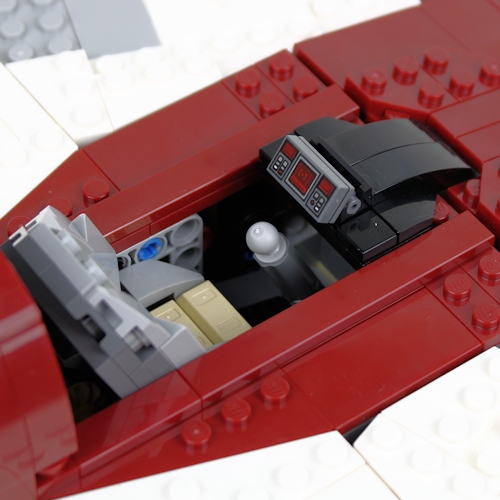 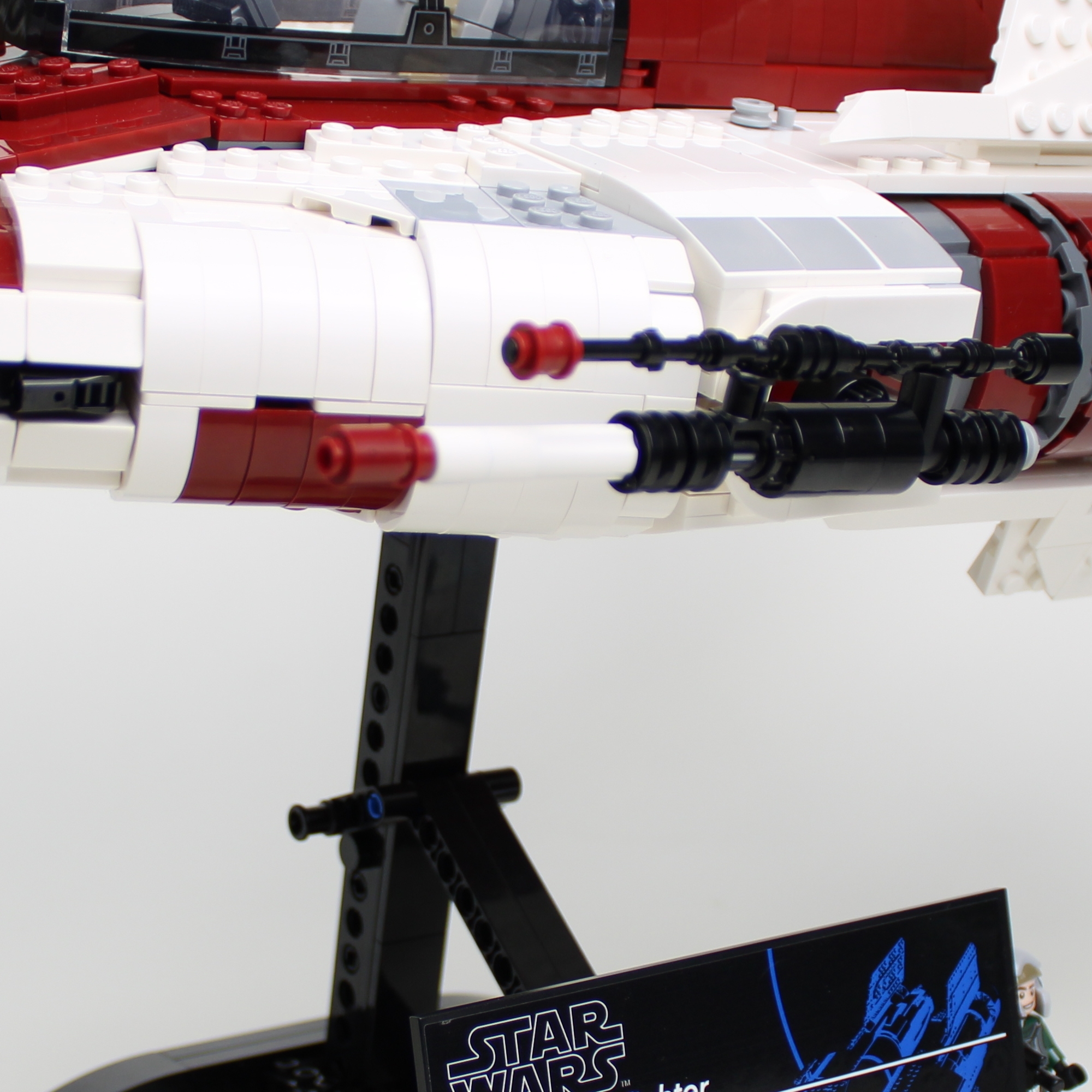 One particularly nice touch is the inclusion of an extra sticker sheet. At the special request of Jens Kronvold Frederiksen an extra sticker sheet for the canopy was included. Unfortunately the robots in Billund picked up the wrong sticker sheet so the set's first release has a duplicate sheet that includes the data plate - which is OK by me because I always position it incorrectly on my first attempt. 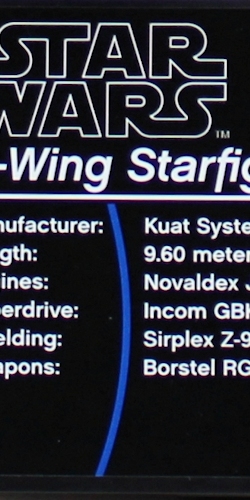 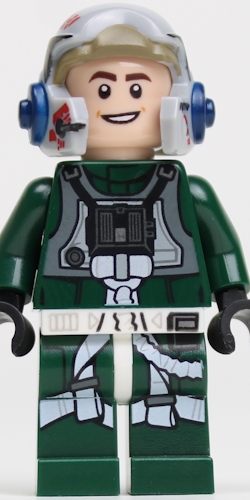 On completing 75275 A-wing Starfighter the revelation that delighted me most was that the ultimate result was perfectly in scale with the original 3-3/4" action figure line that I had grown up with. Whether on purpose or by accident a vintage A-wing Pilot fits perfectly (with some minor modifications to the seat) in the cockpit. I honestly can't express how satisifed this made me feel! 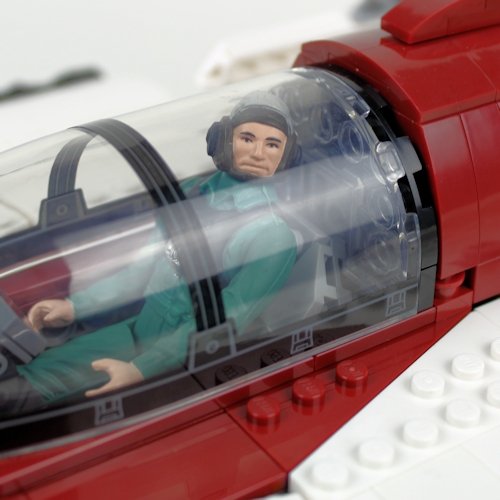 In designing 75275 A-wing Starfighter Hans Schlömer succeed magnificantly in capturing the sleek and agile appearance that characterises this Rebel interceptor that the occasional stud projecting from the model's mostly smooth surface can easily be ignored (or just imagined to be oversized rivets).

That said, given the nimbleness of the starfighter it's a shame that LEGO didn't provide a stand that shows off its dynamic nature. You can't have everything - including landing gear - but this is LEGO and there's nothing stopping you pimping your ride.


Available to order exclusively through LEGO.com, 75275 A-wing Starfighter, is priced $199.99. Making your purchase through the links provided supports Rebelscum in its ongoing effort to bring you the most current Star Wars collecting news available.
SEND