LEGOLAND: A Month Of Star Wars At LDC Melbourne
Posted by Jeremy on February 6, 2018 at 07:53 PM CST
Between December and January 30th the LEGOLAND Discovery Centre in Melbourne's Chadstone Shopping Centre felt the Force at their first ever LEGO Star Wars Days, and Rebelscum was able to attend (check out our review for words and pics). Master Model Builder David Holder (DH) took time out of his schedule to chat with Rebelscum (RS) about the event and future LEGOLAND Star Wars plans. 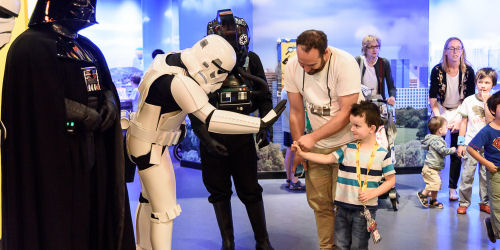 RS: Was this your first LEGO Star Wars Days?

DH: Last year, LEGOLAND Discovery Centre launched just in time to celebrate May The 4th, however the festivities were on a smaller scale due to our very recent opening.

LEGOLAND Discovery Centres current school holiday experience has been our largest LEGO Star Wars event to date. The event is an interactive experience for families with a full schedule of activities and sights to see including our LEGO building workshops, a LEGO Star Wars takeover of our popular MINILAND Melbourne attraction and, of course, the building of the worlds largest LEGO Millennium Falcon. 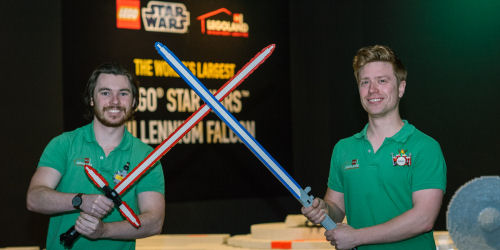 RS: Will there be another LEGO Star Wars Days in 2018 - perhaps coinciding with May The 4th Be With You?

DH: Were currently finalising the details, however well certainly be celebrating May the 4th at LEGOLAND Discovery Centre this year.

RS: What have the attendance figures been like? Did you get a bump that could be credited to LEGO Star Wars Days?

DH: School holidays are traditionally the busiest times at LEGOLAND Discovery Centre. We have previously hosted school holiday experiences that have focused on LEGO Batman and the LEGO Ninjago movie, so these LEGO Star Wars Days have offered new, exciting activities that have engaged families and weve received excellent feedback. We always recommend booking in advance via our website, particularly during these school holiday periods.

RS: How was the attendance for the LEGO Star Wars Adults Night?

DH: Our LEGO Star Wars Adult Night event was extremely successful with tickets quickly selling out. Our Adult Night events offer a very unique experience for long-time LEGO fans seeking a nostalgic hit but is also very popular with adults seeking a fun and exciting night out socialising with their friends or workmates. Our Adult Nights are packed with special activities including scavenger hunts, speed building competitions and a LEGO building competition which brings out the competitive spirit in everyone! Adults can also enjoy the attractions other drawcards including the 4D Cinema and our LEGO-themed rides

DH: The LEGO Millennium Falcon was built by myself and Lewis Meeny with the assistance of thousands of families over a ten-day period. It's made using 250,000 LEGO bricks and measuring 5 metres wide, the Millennium Falcon was a challenging build and without the help of families, it would have taken many weeks for our Master Model Builders to complete alone 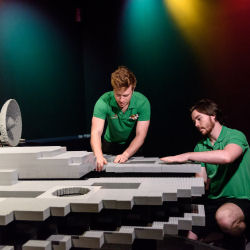 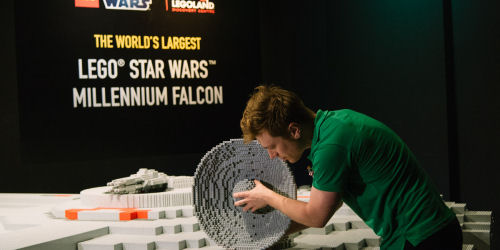 RS: How did the giant Millennium Falcon arrive - in bags of loose bricks or semi constructed?

DH: The bricks used to build the Millennium Falcon were all loose. Due to the scale of this impressive LEGO build, children helped us make giant bricks (2x4 bricks) by piecing together many smaller LEGO bricks (30 2x4 bricks, 7 2x8 bricks, and 2 1x8 bricks). Now completed, the LEGO Millennium Falcon build features 250,000 LEGO bricks!

RS: What are the plans for its next appearance?

DH: The LEGO Millennium Falcon build will remain at LEGOLAND Discovery Centre until the end of February so families have even more time to enjoy it. It will then be completely disassembled, sorted, and sent back to a galaxy far, far away. This was the first time weve built something of this scale, but we are excited about the opportunity to build and showcase some other large models  recruiting the help of families again - in the near future. 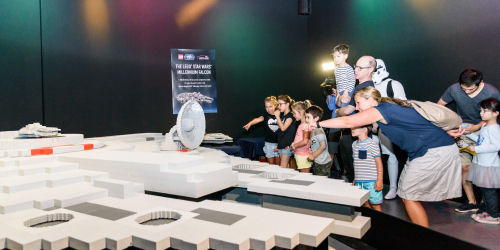 Rebelscum contacted LEGO Australia's PR department with a follow up and they confirmed that there are currently no plans to redeploy the giant Millennium Falcon in Australia.

But who knows, maybe Sydney-siders will get a glimpse of it with blue detailing in May when a certain Star Wars Story premieres?

Meanwhile keep an eye on the events page at LEGOLAND Discovery Centre Melbourne for news of their upcoming May The 4th Be With You celebrations.
SEND