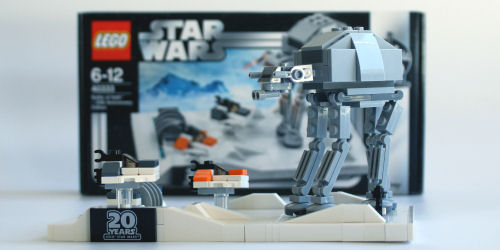 Far from being the first Hoth scene depicted in LEGO (not including a cool boardgame, there are actually six minifig sets that fit the bill) this Battle of Hoth micro-scene is a perfect example of how perfectly formed the small, but nonetheless growing, 20th Anniversary Edition line is.

Matching the branding of the five 20th Anniversary Edition sets, the stiff cardboard box has the flashy racing-stripe that Star Wars fans love.

The packaging is done in presentation style, meaning there are no glued seams, so two quick knife cuts gains the builder access to 40333 Battle of Hoth. For those collectors intrepid enough to open their's, there is a QR code printed on a side flap which acts as a search string on the set. Inside the box is a small instruction booklet and three baggies filled with bricks. 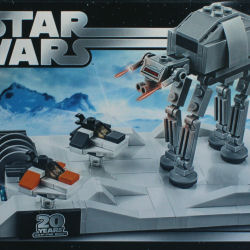 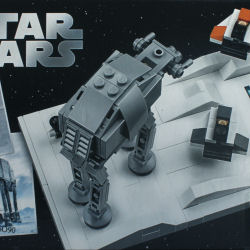 The set, which features the iconic Battle of Hoth, depicts an Imperial Walker advancing on the Rebel's shield generator while being harassed by two Snowspeeders. Atypically for LEGO, this is all done in mini scale, a building size that is usually reserved for polybags though there have been a few examples in the past - such as the 6176782 Escape The Space Slug set given out at LEGO Retail Stores during the May The 4th Be With You event in 2016, which also had a Battle of Hoth poster available as a gift with purchase during the shopping weekend. 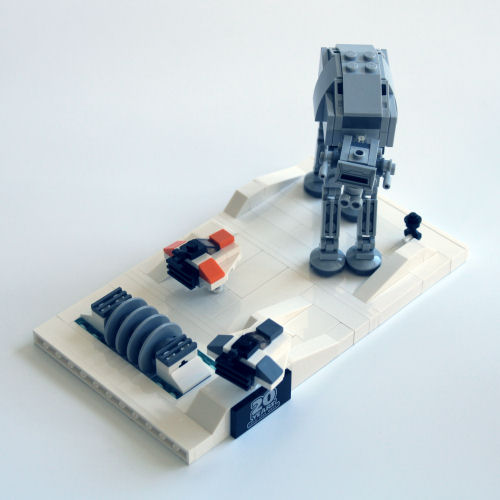 The centrepiece of the display is the AT-AT and peering out from a snowbank at the foot of one this quadrupedal combat conveyance's articulated legs is a tiny Imperial probe droid. The head of walker is also articulated and, with a limited allowance of movement, can target either of the snowspeeders or the shield generator. 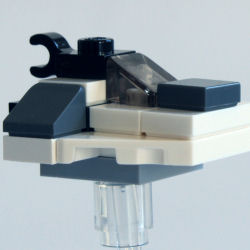 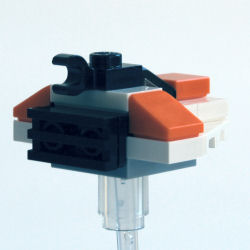 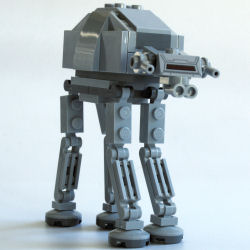 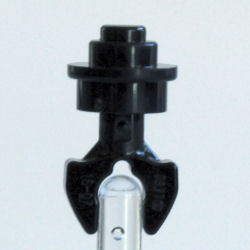 Situated at the left end of the battlefield is the deflector shield generator. This has been corrected since 75098 Assault on Hoth, and now has four sections.

While the AT-AT and Snowspeeders are in the minimalistic style that you'd expect to see in a LEGO Star Wars Advent Calendar, the bulk of the set's 195 pieces can be found in the base.

This snowy landscape uses a building technique known as SNOT (studs not on top), whereby bricks are rotated 90 degrees so that the smooth side of the brick is facing upwards. This allows for clean surfaces and is more economical than tiled elements, and uses angled wedges to cleverly recreate snow drifts. 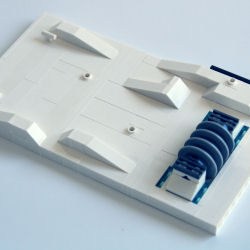 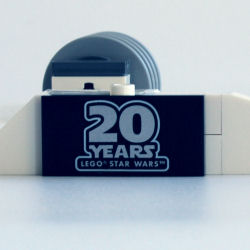 With this being the second promotional/exclusive set of the 20th Anniversary Edition line-up, 40333 Battle of Hoth is going to end up being a hard-to-find addition down the line - but there are a number of ways to add one to your collection. 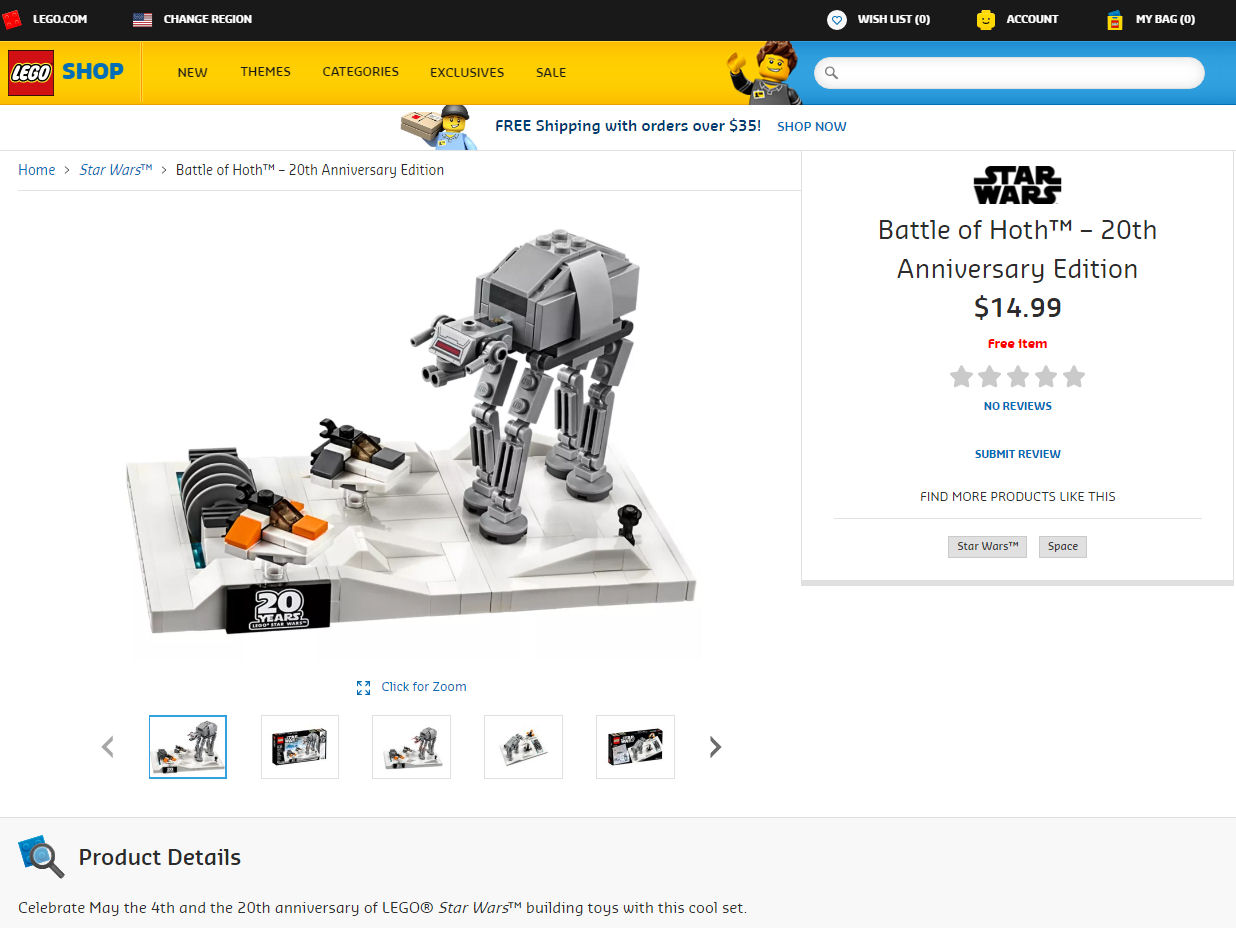 Alternatively you could DIY it. There are two exclusive bricks (the AT-AT cockpit window tile and the decorative tile that adorns the side) to this set so accumulating the bricks to build your own will be tough, but if you do decide to try, downloadable instructions are available through LEGO Customer Service.

And then there's the secondary market where current prices on Bricklink and eBay.com - at approximately $25 plus postage - are reasonable considering the limited distribution this set has received.

If you do like the theme of this set and want a more playable version then look no further than 75239 Action Battle Hoth Generator Attack and 75241 Action Battle Echo Base Defense, which are both available now. 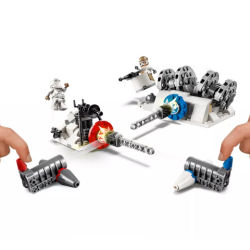 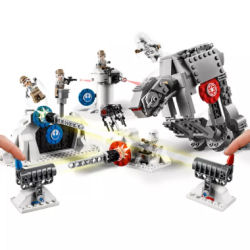 Some of the links provided above are part of affiliate schemes that Rebelscum is a member of. Purchases made through these links help us bring your LEGO Star Wars collecting news to you.
SEND