Build, play and display a legendary Star Wars starship! This LEGO® Star Wars interpretation of Tantive IV, seen fleeing from an Imperial Star Destroyer in the opening moments of Star Wars: A New Hope, faithfully recreates all of the Rebel cruisers signature details, including an elongated hull, detachable escape pods, elevating gun turrets, cargo hold and 11 massive engines at the back. Remove the hull plating of this fantastic LEGO Star Wars vehicle to reveal a detailed 2-minifigure cockpit, conference area with table, weapon rack and a control console with 2 seats. The radar dish also doubles as a convenient carry handle, which makes it perfect for flying around the room. When the mission is over, this amazing kids buildable toy also makes a great centrepiece for any LEGO Star Wars collection. The set also includes 5 minifigures and an R2-D2 droid LEGO figure. 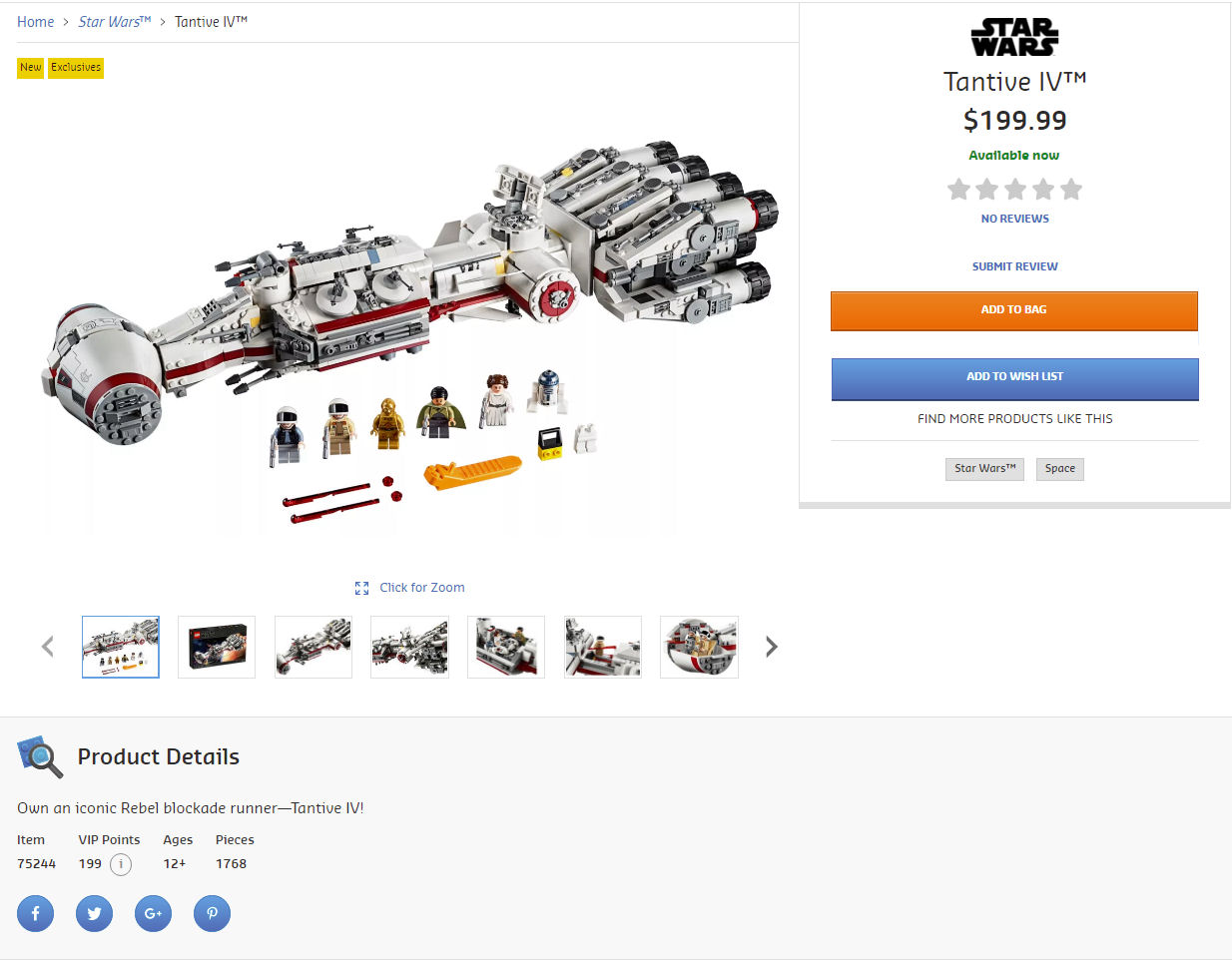 Members of the VIP loyalty programme are now able to buy this latest addition to the LEGO Star Wars line, ahead of its general release on May 4th!

This purchase will also qualify for double VIP points, the exclusive 20th Anniversary commemorative poster and the exclusive 40333 Battle of Hoth gift with purchase set that is only available between May 3rd and 6th!