LEGO: Porgs Unplucked
Posted by Jeremy on November 29, 2018 at 05:10 AM CST
Having spent a number of years living in Pembroke Dock - the town in which the first full-scale Millennium Falcon was built for the production of The Empire Strikes Back in 1977 - and walking the coastal pathways of Pembrokeshire the sight and sounds of the Space Atlantic Puffin wasn't new to me.

So, on learning that these seabirds had been given a digital makeover by ILM during the making of The Last Jedi and then again by LEGO for their pre-Christmas 2018 wave, I dusted off my guide to Ahch-To's wildlife and headed for the sea cliffs to see if I could spot the latest adaptation of this divisive Star Wars species. 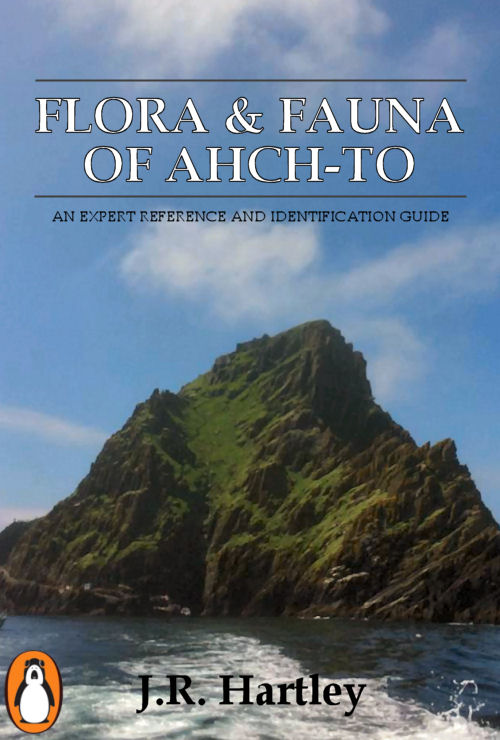 As luck would have it the local porg population had not begun its annual migration to warmer climes, and so the skies, seas and grasses were full of these inquisitive creatures. Generally speaking, it's not too hard to spot a porg if you pick the right time of year, and as they tend to be surprisingly unfazed by visitors it is possible to get quite close to them.

With so many of them returning to nest on these rocky outcrops each year only the unlucky visitor would fail to catch sight of a porgling or two nestled in the grass or peering out of their burrows. 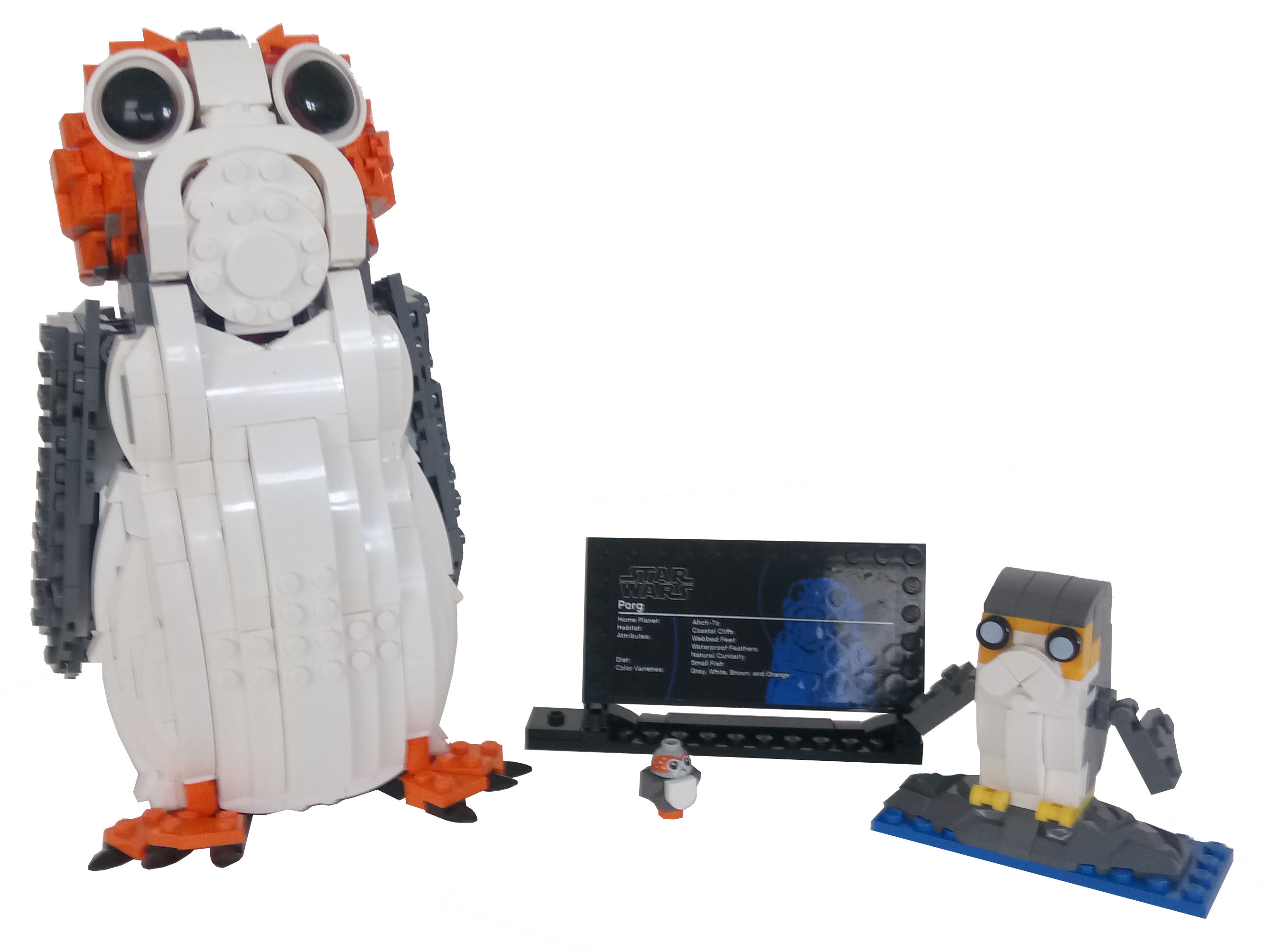 And now, thanks to LEGO, you don't have to track down hidden sections of a lost map and tromp to the Unknown Regions to adopt your own porg. But before we deep dive into the 1:1 scaled 75230 Porg let's have a look at the other varieties that are on offer.

The first LEGO rendition of the porg came to us as part of the collector's edition 75192 Millennium Falcon in September of last year. At a cent under $800 it wasn't going to be a painless purchase for porg fans, and LEGO knew this and had 75200 Ahch-To set ready to hit shelves in time for Christmas. This minifig-scale playset had a much more palatable price tag of $29.99 and soon became one of the season's best sellers. 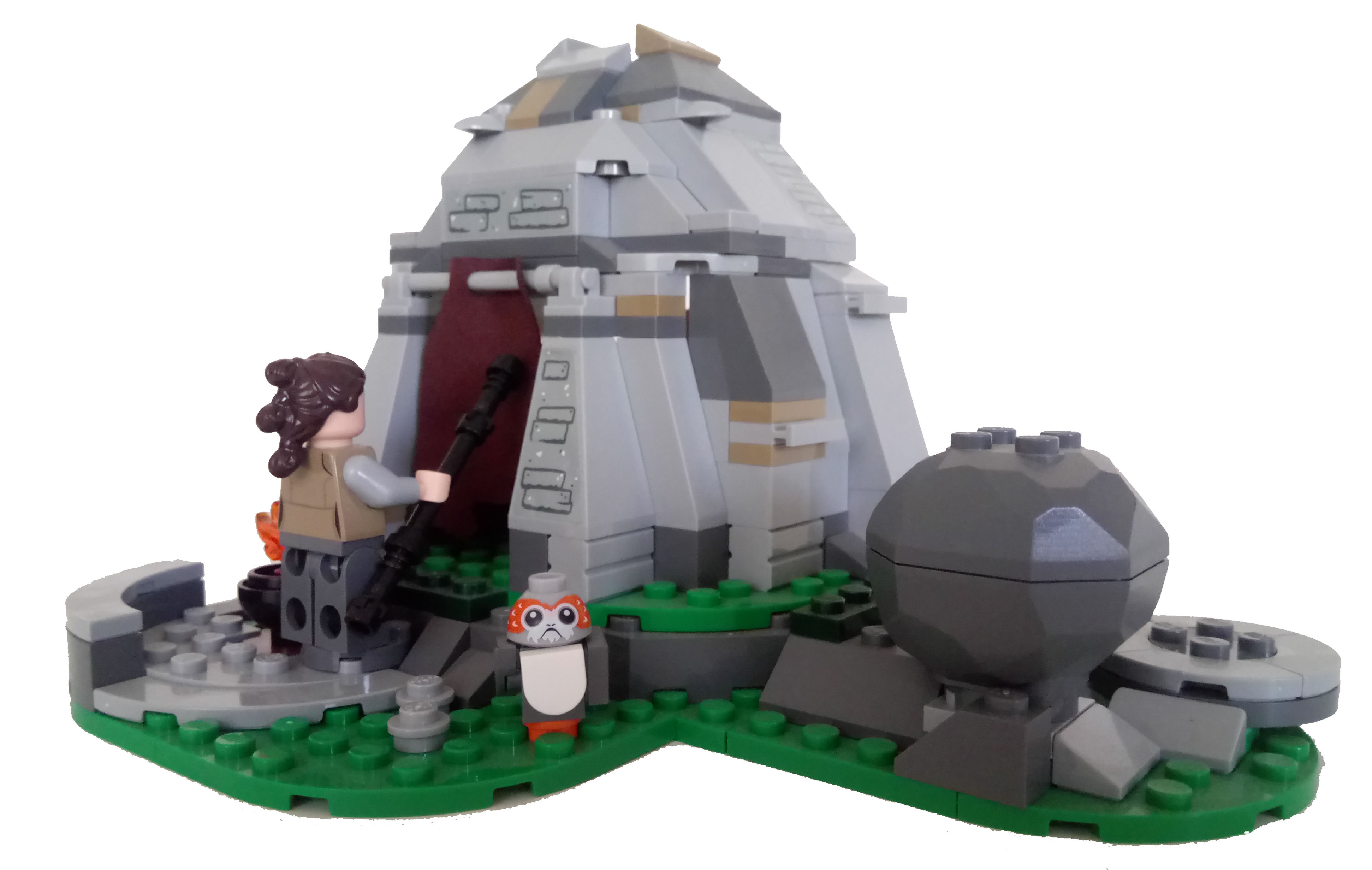 It wasn't until the May The 4th Be With You celebrations of 2018 that LEGO introduced the next porg to us via their monthly builds held in LEGO brand stores in the USA.

This free 77-piece model was the first time LEGO had run a Star Wars themed build, and though the opportunity to take part in the activity is long passed (and likely never to be repeated) it doesn't use any any special parts and can - for the most part - be made from loose bits in your spares bucket. Failing that head over to Rebrickable for an inventory and make use of our instructions (below), order the $8 worth of parts from Bricklink.com and make your own. Alternatively head to eBay where they can be picked up, hassle free, for around $25.


After a four month wait that was rife with rumours and speculation, LEGO made the official announcement that a life-sized version was only a month away, and on October 1st 2018 set 75230 Porg went on sale for $69.99. 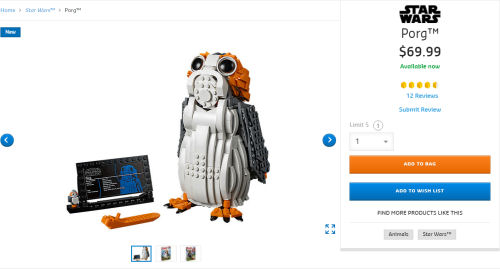 LEGO fans being the way they are immediately tried to categorise the set into the existing Ultimate Collector's Series taxonomy, and debate raged whether it was or wasn't a suitable candidate.

Those for it being an UCS set referred to the two previous UCS busts (7194 Yoda and 10018 Darth Maul) and the inclusion of a data plate. Those against it being added to the UCS roster pointed out its packaging didn't have the UCS badge and drew inference from to 75187 BB-8 also having the same characteristics, yet being excluded from the list.

Regardless of how you want to porg-hole this set, it is still a fun and complex-without-being-challenging build that deserves to be in your collection.

You'll want to queue up three to four hours of non-essential TV watching while you build this because it does take a certain amount of concentration to get the detail just right.


Like the internal frame that the designers of 75187 BB-8 utilised, this set has a Technics skeleton that the numerous body plates attach to. Throughout the build my mind kept playing tricks on me, particularly when I added the breast plate, because my fingers were expecting to feel the porg's soft plummage instead of the solid curve of the slopes used to give the bird its form. 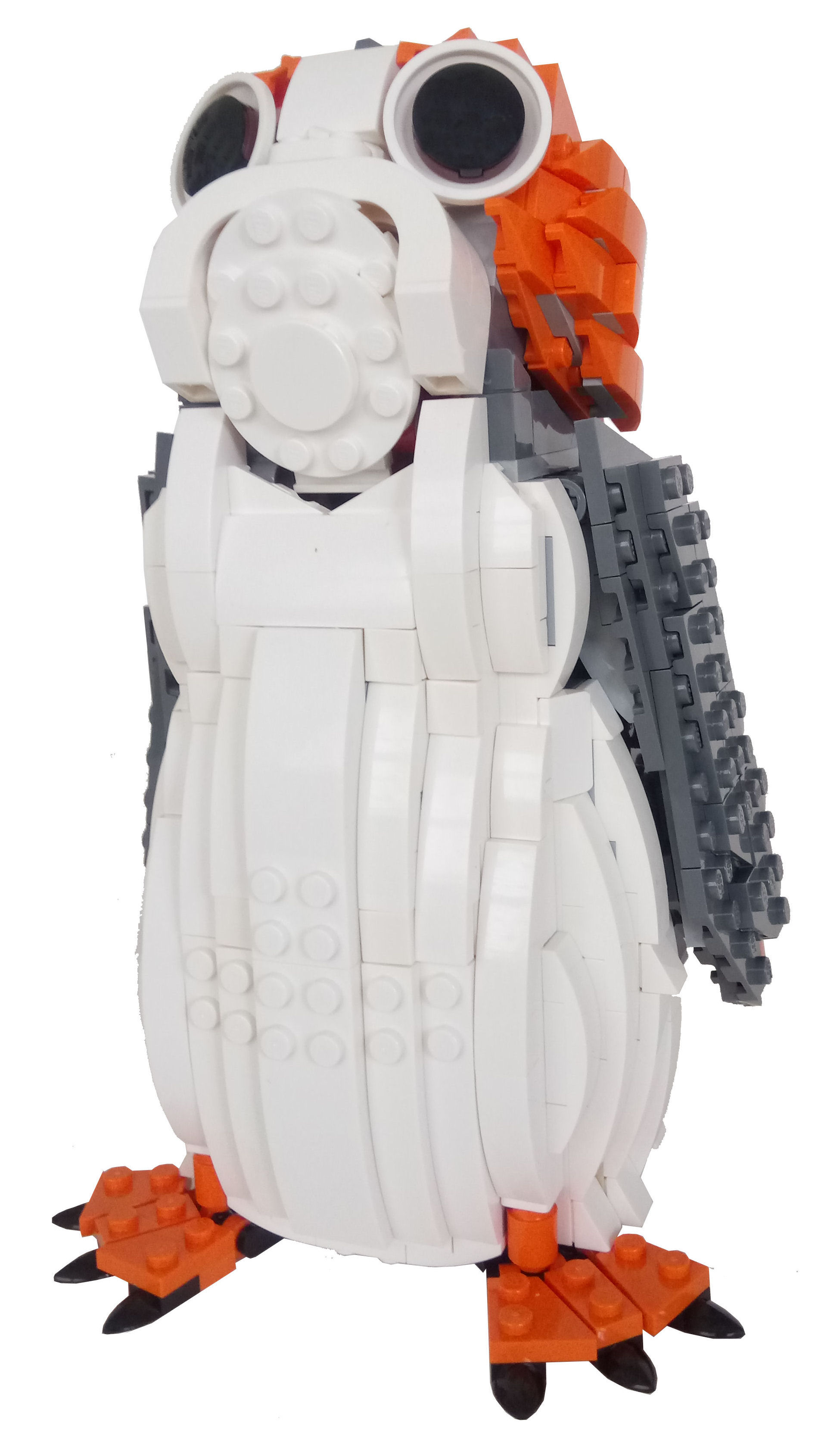 While the build isn't as repetetive as you might think - with the exception of the wings - be prepared for the occasional lapse of concentration or distraction. And if you find you get a couple of the light/dark blusih grey or black LEGO cheese wedge pieces mixed up then don't worry - not every porg is alike.

Some elements of the build are a tad gruesome, particularly when all the body panels except the head are fixed to the red-coloured Technic frame. This stage in the build leaves you with the impression you're looking at a decapitated carcass.

Overall the set is a wonderful display model, and the mechanical action of pressing the tail to make the wings flap and the mouth open is enchanting. My only point of feedback is the Lack of nostrils and over-sized teeth as it makes this titchy avian look far more predatory that its data plate hinted at.

Remember: porgs are for life. Not just for Thanksgiving. 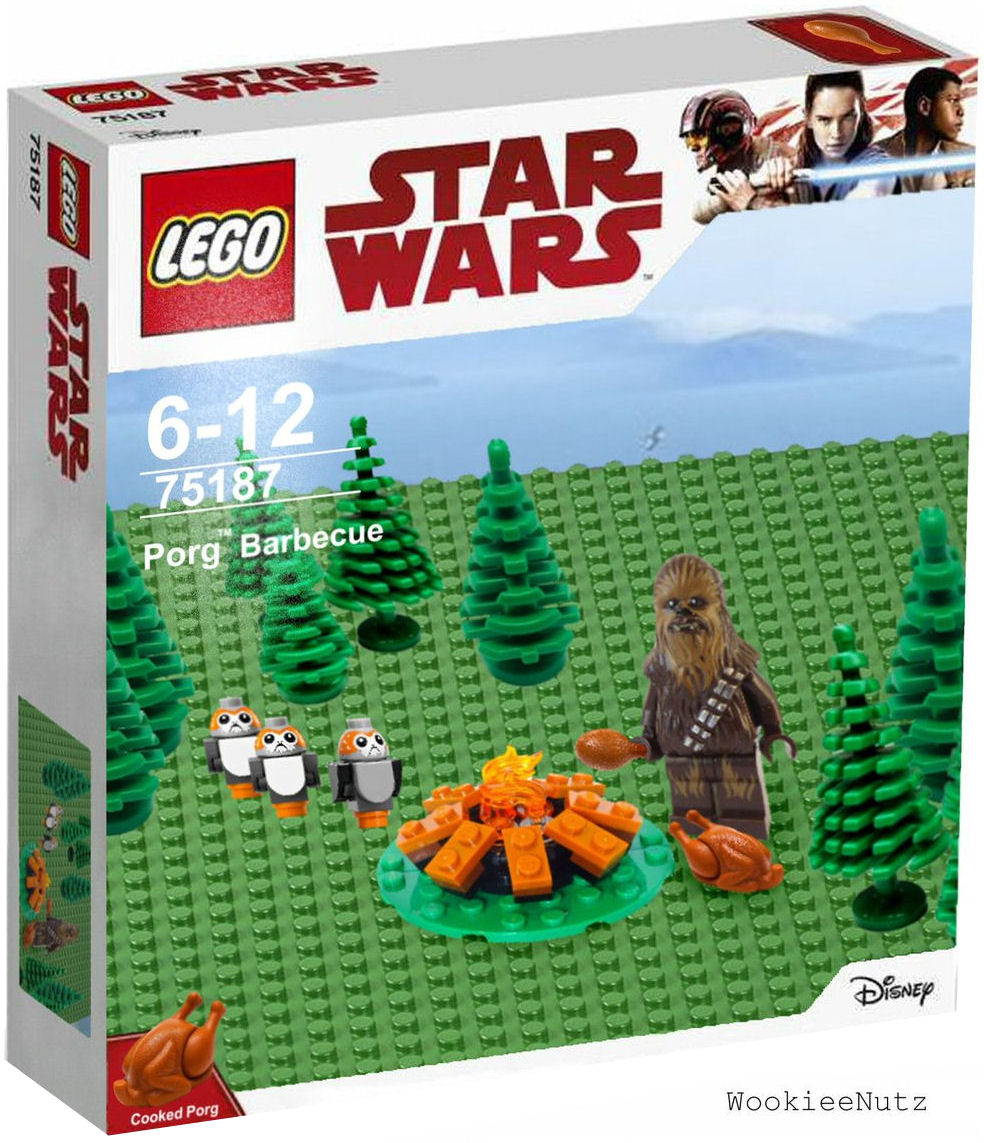 You can help Rebelscum continue bringing ground breaking and award-winning Star Wars collecting news and articles by supporting our site sponsors and purchasing LEGO sets through our affiliate links, at no cost (but lots of benefit) to yourself.
SEND