LEGO Star Wars Battles For Your Mobile
Posted by Jeremy on September 11, 2019 at 07:33 PM CST
The first half of the first decade of the new Millennium was the pinnacle for Star Wars gaming - we had the first LEGO Star Wars video game, Empire At War - the first Star Wars real-time strategy game and Yoda Stories, possibly the cutest video game (aside from Pikmin) ever.

Since then it's all been a bit humdrum, hasn't it?

That's set to change next year when, in a two-pronged attack by video game developers TT Games Studios, LEGO Star Wars Battles is released on Android and iPhone.

In what seems to be a combination of all three of the previously mentioned games, players will get to duke it out in realtime multi-PvP combat, played out on iconic Star Wars landscapes using LEGO minifigures and sets! 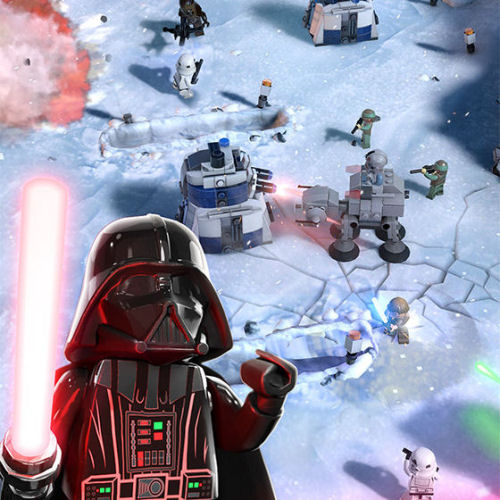 Lead an army of LEGO Star Wars characters into real-time multiplayer PvP battles in arenas inspired by iconic locations from throughout the galaxy! Collect and upgrade LEGO Star Wars characters, troops, and vehicles and craft formidable light and dark side armies. Build LEGO towers on the battlefield to strategically attack, defend, and capture territory as you push towards the enemy base to claim victory!

Key features of the game include:

Developed by the bright and young minds at TT Odyssey, the mobile-focused arm of TT Games Studios, the game will allow players to play out action combat using a multitude of saga spanning Star Wars characters using intuitive touch control as well as fulfil their strategic battle urges to capture other players' territory by building towers - all in light-hearted and whimsical environments.

The game will be free to download (with in-app purchases), through Google Play and the Apple App Stores at some point in 2020. Smart money is on it being at the same time LEGO Star Wars: The Skywalker Saga gets released.
SEND