LEGO: Rumoured Jan Sets
Posted by Jeremy on November 18, 2018 at 01:44 AM CST
Before you think we're leading you up the garden path, Rebelscum is going to be clear that this is a rumour report. We have no proof that the following is accurate, but the reliable reputation of the source goes a long way to confirming that the descriptions - which seem to be based off preliminary images - are trustworthy

Set 75223 [$9.99, 62 pieces] is the naboo starfighter in microfighter form, it comes with what appears to be young anakin and just the dome of r2

Set 75228 [$19.99, 177 pieces] is labeled as death star escape in that catalog, however that is widely believed to be in naming error. the image shows a small brick built escape pod from tantive iv including r2 and 3po, and a brick built dewback with sandtrooper  the dewback is that nice sand green colour and is fairly decent size looking. 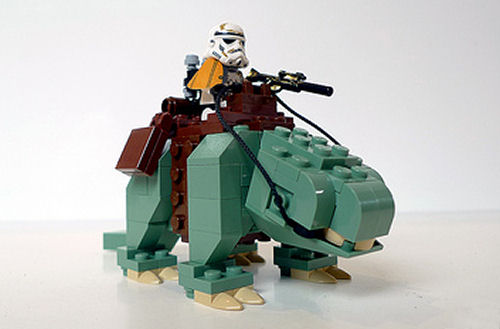 Set 75225 [$14.99, 109 pieces] is the elite praetorian guard battle pack, it shows 3 praetorian guards, and its debatable as to how many different helmets and of which guard they actually are, and if they all have the new legs or the old skirts  they do come with a first order stormtrooper, and a little side build  the build looks like a nice addition and fit with set 75216 released this summer  with a weapons rack, droid and some black thing  again the prelim images are really poor quality

Set 75226 [$14.99, 118 pieces] is the inferno squad, straight from the book and video game battlefront 2  like all battle packs there are 4 figs  it is pretty certain that iden versio, del meeko, and gideon hask are represented  hopefully the 4th agent, seyn marana is as well  the side build is a little red/black/grey ship/sled/speeder thing  probably a microfighter-esque version of the corvus 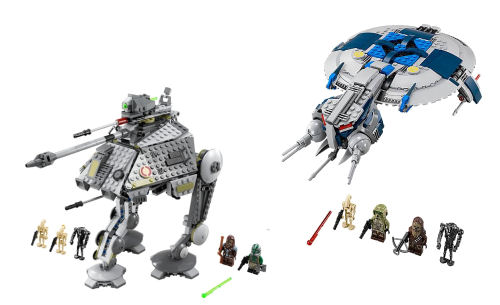 Set 75237 [$19.99, 77 pieces] is the 4+ tie fighter, a fairly decent scaled down version of the classic imperial ship and comes with a tie fighter pilot and a rebel fleet trooper  the side build is a control panel or something

The launch of a new 4+ line for the Star Wars theme looks to be replacing the old Juniors line. Designed for children aged 4 to 7 years old, the 4+ line will acts as a transition from the Duplo to the regular system themes. These sets will have chunky bricks and be easy to assemble, and will offer little detail or complex builds. Much lime the more basic sets of the 70s and 80s, it has been suggested that the 4+ Star Wars line will do as much to draw a new age group to the theme as it will capture the look of the original, less-evolved Star Wars sets of 1999.
SEND