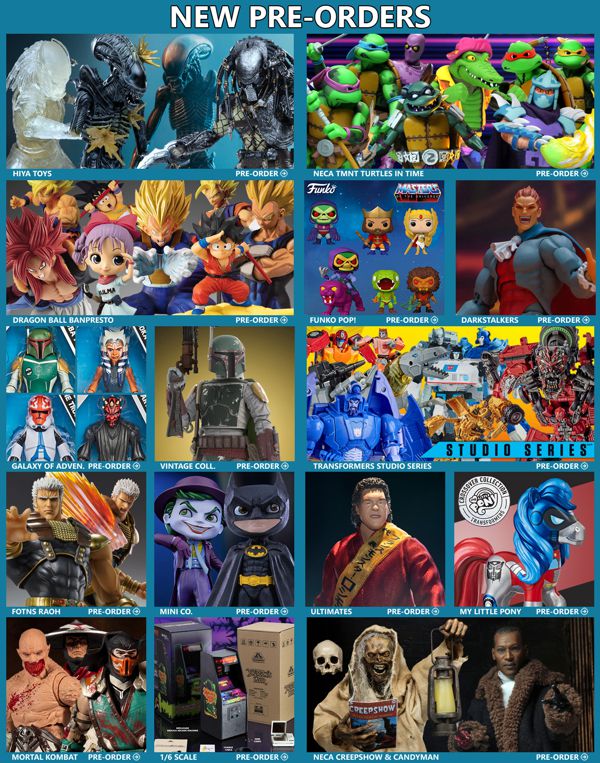 ------------
NEW ARRIVALS
------------
Final Fantasy 7 fans can now grab the polygon figures and statuettes of their favorite characters. The SDCC 2020 exclusive Scorpion 1/12 scale figure is here and features an entirely new body with enhanced joints and articulation in addition to a wide array of accessories! The second wave of The Bouny Collection is here with six mini figures of The Child. Rogue and Pyro are back in stock from the Marvel Legends Series. Fans awaiting NECA's Back to the Future Ultimate figures can pick up the Back to the Future Toony Classics to hold them over. Commemorate Star Wars: The Empire Strikes Back with The Black Series Boba Fett (Prototype Armor) Premium Electronic Helmet! 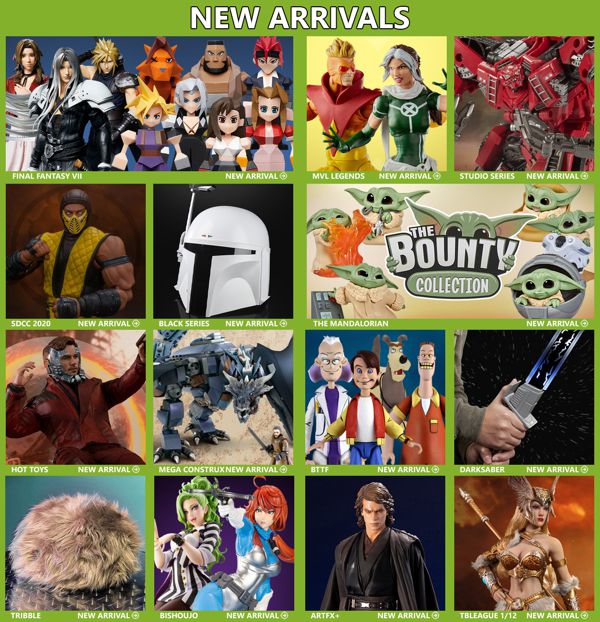