Rebelscum.com is proud to present an exclusive first look at Star Wars Insider #199. Please enjoy this excerpt of "Knights at the Roundtable" by Amy Ratcliffe interviewing the authors of The High Republic.

Project Luminous. A mysterious phrase that crept into Star Wars authors panel conversations and social media posts during Star Wars Celebration Chicago in 2019. Fans learned that multiple publishers would be involved with the ambitious initiative  as would authors Claudia Gray, Justina Ireland, Daniel José Older, Cavan Scott, and Charles Soule. After months of teasers, Lucasfilm finally pulled back the curtains on February 24, 2020 and unveiled the title of this new saga: Star Wars: The High Republic.

Insider spoke with the writers and Lucasfilm Publishing Creative Director Michael Siglain about the upcoming tales.

Star Wars Insider: You all worked together at Skywalker Ranch to brainstorm. Weve heard the food there is terrific. So first things fist, is there a particular meal you each recall loving?
Daniel José Older: I remember discovering the breakfast that they have, because there are multiple breakfasts. But theres one that they did in the tech building where they made eggs. Every day was something different, and what joy. What absolute joy.
Cavan Scott: I was having about three breakfasts a day, I think. Id have the one in the guest house when I woke up early, because my head was still in U.K. time. Then theyd put out another buffet breakfast in the guest house so Id have one of those. Then Id wander to the tech building and have that one. I put on a few pounds.
Charles Soule: We were up there twice, and at the end of each time we would order a huge Chinese meal on the last night, and we would all get plates of it. Then we would sit outside at the inn. We would all just sit and chat, and it was just really nice. Its a beautiful place anyway, but it felt like the work was done and we were just all together. The food was fine, but the company was great.
Claudia Gray: Speak for yourself. The eclairs that we had the first day were amazing. They had mango puree. The company was fine; the food was great.
Justina Ireland: The main house buffet  its pretty awesome. Im a big fan of dessert, so that was my favorite part.

The High Republic is a huge cross-publisher event. Mike, how did you pitch the idea and then bring it all together?
Michael Siglain: The concept of a cross-publisher event was something I first pitched to Kathleen Kennedy and to Kiri Hart in 2014. It just took years of, Can we do it now? Is now good? How about now?
I had spoken to the publishers individually about the idea of doing something that would be unique to publishing  where we could have a corner of the galaxy that we could call our own  and everyone loved that concept. So, when we got toward the end of the Skywalker saga, Kathy said, Okay, lets start this. What can you do in publishing? She threw down the gauntlet. The one caveat was that it had to be a Lucasfilm-driven initiative. That allowed us a ton of creative freedom because then we were really in the drivers seat. So we looked to a bunch of current creators that we considered our all-star Star Wars authors to come and craft this initiative.
Then the icing on the cake was saying, Now lets all go up to Skywalker Ranch and bring together Story Group and the editorial team and spend a couple days talking about what we love about Star Wars, and creating a whole new era to play in.

Cavan, we heard you put an idea on the table that helped form the foundation of The High Republic. Is that true?
Scott: Well, what happened was that we all either came with an idea that was pre-formed, or we created an idea during our first week at the ranch. Toward the end of the wee we each pitched in a general idea, then we went away and added meat to those bones, incorporating the ideas in. My initial idea come from the question: What scares the Jedi? That started us off, but then we began to pool ideas from the other pitches as well. We were working on quite an evolved version of it, with everyone else obviously throwing their ideas in.

In the prequel era, the Jedi Order is bound to the rules and tied closely into the Republics politics. Is there a political factor to any of your High Republic stories?
Soule: How were approaching The High Republic is that it feels new and fresh. Its an optimistic society; its a Republic that wants to explore its potential through the chancellor of the time, Lina Soh. She is extremely influential, but the scope of her influence comes from her optimism and her hope and her sense that everyone in the Republic is part of the same thing. The slogan that she has promulgated as her rallying cry for the Republic is, We are all the Republic. Thats something people say throughout all of the planets of the galaxy. The dividing lines that we see in the prequel era are between Separatists and so on. Those things dont exist here yet, and the idea is that its a time when people can come together to bring the galaxy forward. Lina Soh has an expansive program of what are called Great Works that are designed to bring the High Republic to a new level, and also expand its principles and policies to new worlds.

Check out Insider on the Web at http://www.titan-comics.com/insider
If you are interested in subscribing please follow these links for U.S. & Canada | U.K. & Europe | Rest of the World 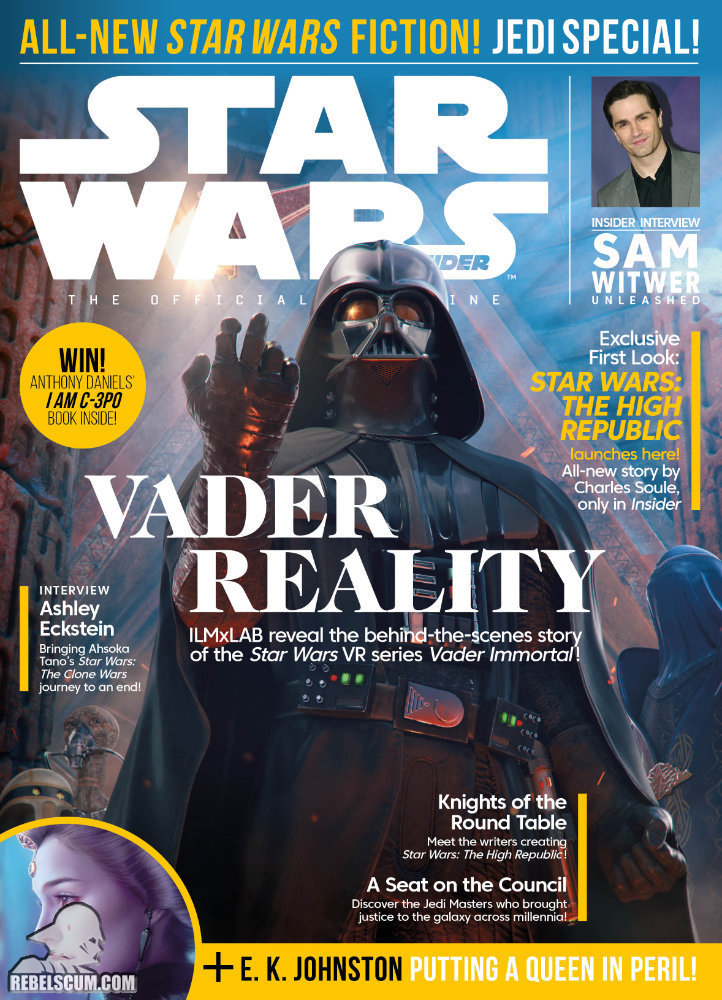 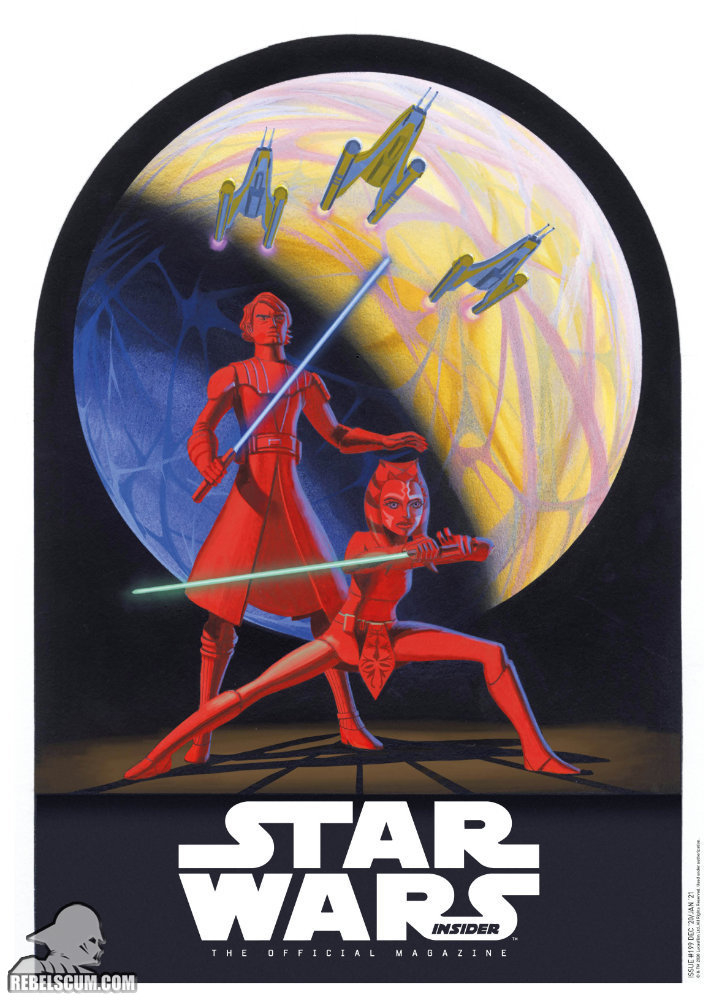 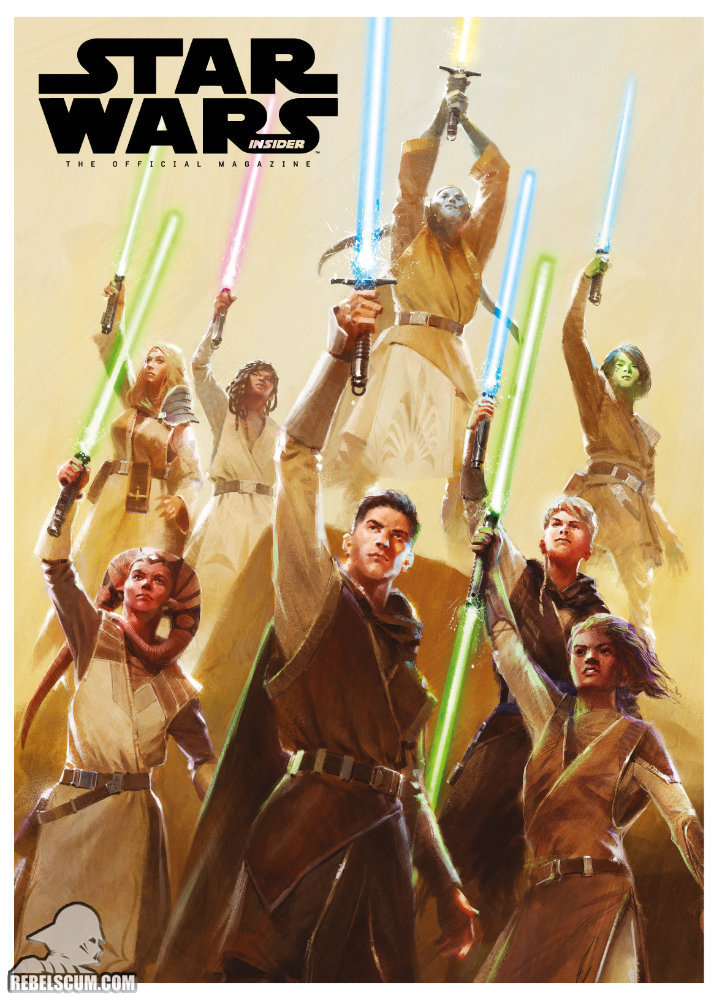