Gentle Giant Ltd: Bo-Katan Premier Collection 1/7 Scale Statue Announced
Posted by Chris on February 18, 2021 at 01:28 PM CST
The official site revealed a brand new addition to the 1/7 scale Premier Collection statue line from Gentle Giant Ltd. with Bo-Katan Kryze who was made famous being voiced by actress Katee Sackhoff starting in 2008 with her character's introduction in Star Wars: The Clone Wars. Then, fans saw her again in Star Wars Rebels. Now, Katee and her character are a major part of The Mandalorian and potentially other Disney+ Star Wars shows, so it only makes sense that they would offer fans a beautiful new collectible.

The statue is slated to arrive this Fall and will have an edition size of 3,000 pieces. 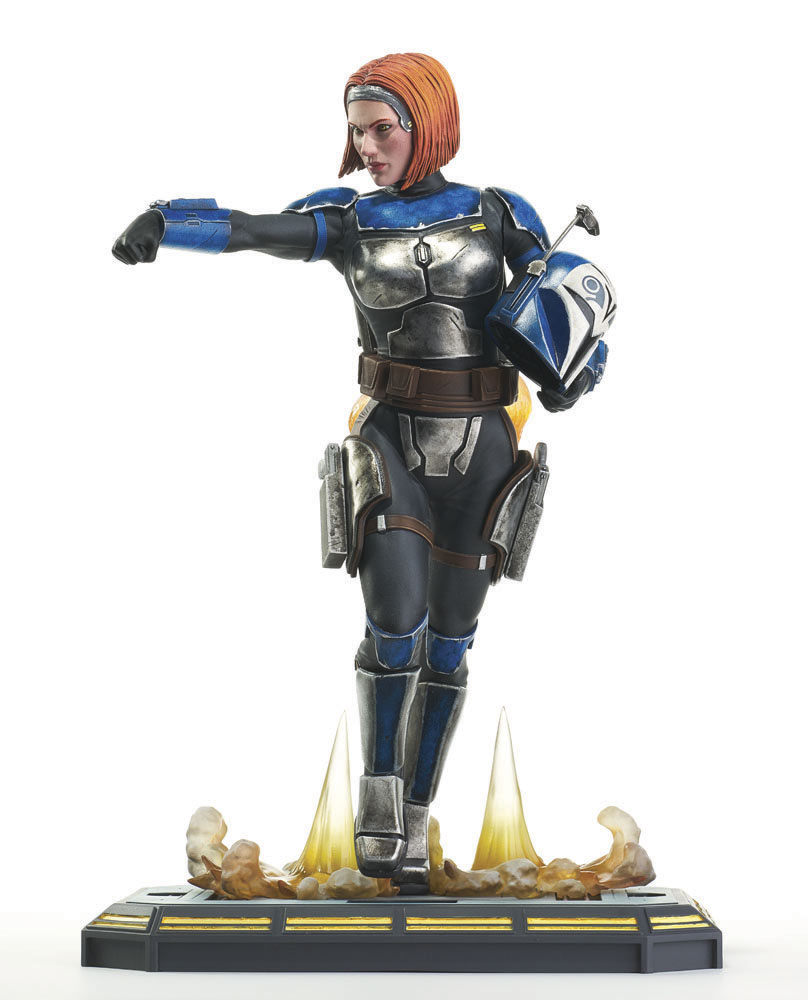 Check out the full article for a great interview with designer, Barry Bradfield, who discusses how everything came to be along with some close-up shots of the piece.