Gentle Giant Ltd: The Rise Of Skywalker - The Emperor Mini Bust Revealed
Posted by Chris on August 24, 2020 at 01:20 PM CST
After our lengthy interview with Gentle Giant earlier this year, it's fantastic to see that more characters from The Rise of Skywalker are on the way.

Today, Gentle Giant revealed something that was meant for fans to see during the canceled Star Wars Celebration Anaheim event originally scheduled to take place this month. 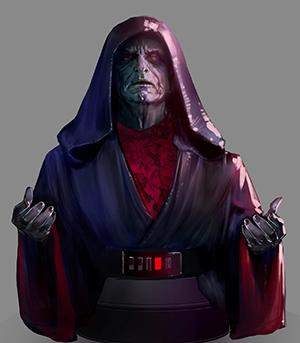 For fans of the latest installment in the newer Disney Star Wars Trilogy, this is great news as before today, only a Sith Trooper Mini Bust, a concept of C-3PO with Babu Frik and a concept of Dark Rey were on the table for Gentle Giant's most popular line. Oddly, Emperor Palpatine was not part of the big merchandise push leading up to the release of the film and really, hasn't been a focal point even afterwards, so it's nice to see Gentle Giant giving this popular character some love. Stay tuned for more details as they are announced!
SEND