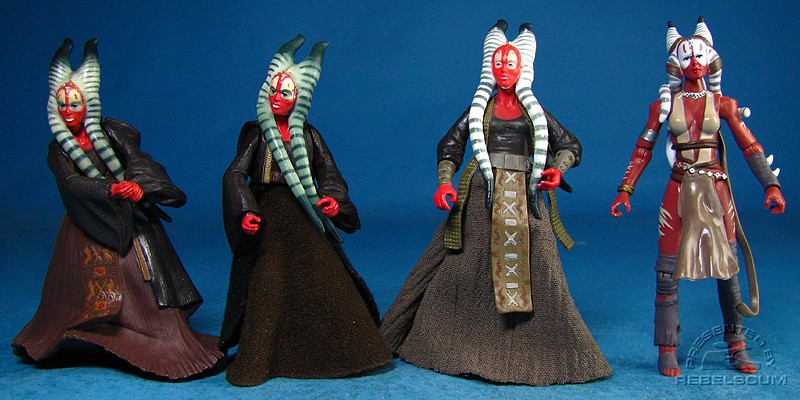 Character Profile - Shaak Ti
Posted by Liam on January 15, 2022 at 08:50 AM CST
Hey there, Rebelscum fans! This week on the site were taking a look at the action-packed opening sequence to Revenge of the Sith where General Grievous and the Separatist fleet invade the Galactic Capital on Coruscant. Make sure to check out our Expand Your Mind article first to read about why it's such a critical sequence within the saga, but stay tuned throughout the week for more articles, insights, merchandising spotlights, and video content. 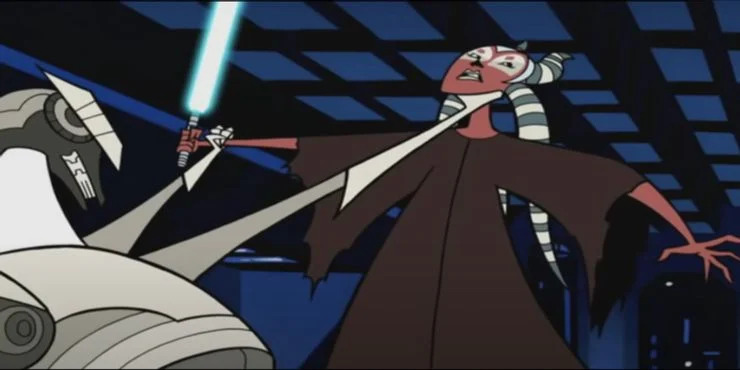 Although shes not a major character within the final cut of the film, the Jedi Council member Master Shaak Ti plays a major role in the battle. Deleted scenes for Revenge of the Sith included alternate sequences in which Shaak Ti is killed, but her death was removed from official canon in subsequent material so she could appear in The Force Unleashed video game. In the animated series Star Wars: Clone Wars, Shaak Ti is seen defending the Senate building and trying to rescue Chancellor Palpatine from Grievous. 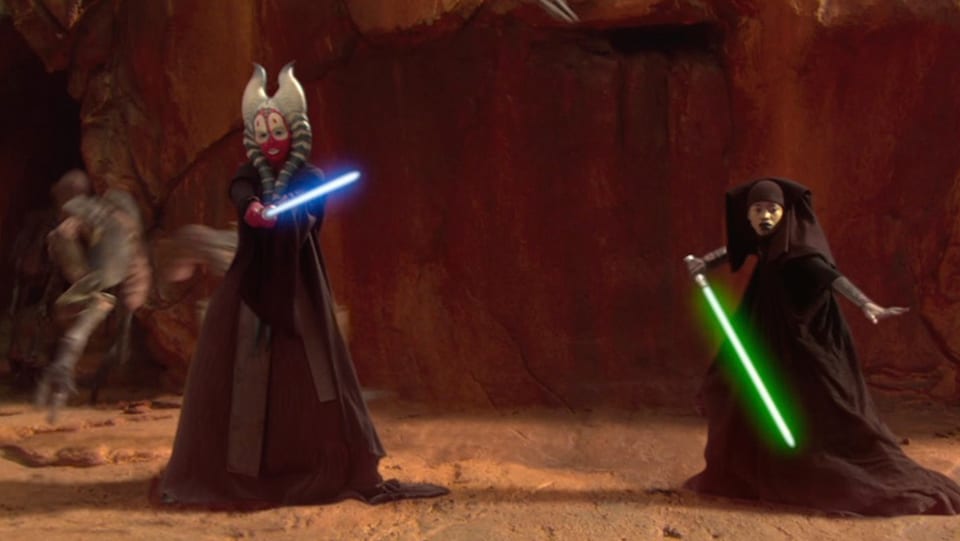 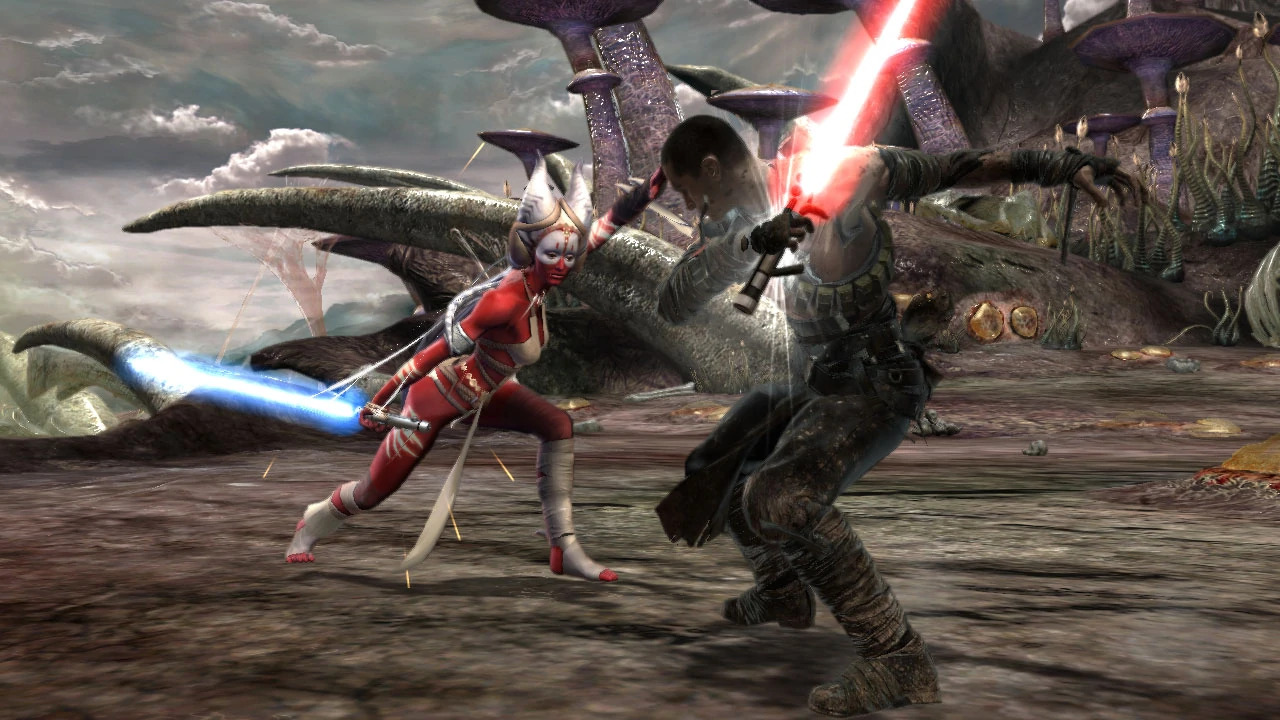 Shaak Ti was first introduced in the Geonosis battle within Attack of the Clones, and played by actress Orli Shoshan. In the final cut of Revenge of the Sith, she only briefly appears during the Jedi Council meetings and is played by Maria Brill. Her canonical fate was the subject of some controversy; she was originally revealed to have survived Order 66 in The Force Unleashed, where she takes on apprentice Maris Brood and is later murdered by Darth Vaders apprentice Starkiller/Galen Marek.


However, The Force Unleashed is now considered to be part of Legends. In the official timeline, Ti is killed by Darth Vader within the attack on the Jedi Temple, which is revealed in deleted animation sequences in the 2011 official Blu-Ray. The Star Wars: Galactic Atlas revealed this fate and canonized the sequence.

Shaak Ti played a major role in Star Wars: The Clone Wars, where shes voiced by actress Tasia Valenza. It is revealed that Ti is tasked with training the young clone cadets on Kamino in the Season Three premiere Clone Cadets, and she helps defend the planet in the second episode ARC Troopers. Shes seen as a maternal figure who is empathetic to the clones, and later helps Anakin and Rex investigate the chip malfunctions within the clone troopers in the shows sixth season. 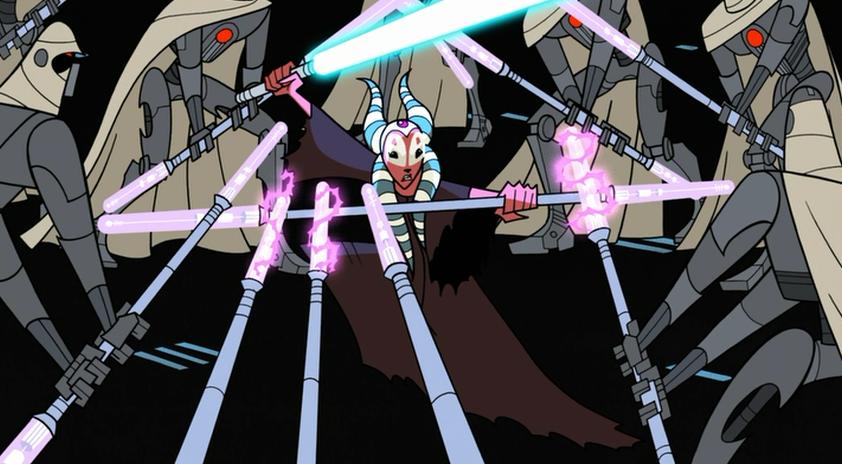 Shaak Ti also played a major role in the original Star Wars: Clone Wars microseries. Shes introduced as one of the Jedi on Munnilist that are hunted by General Grievous. Grievous slays many of the Jedi himself but Shaak Ti survived to fight him another day. She wields both the Magnaguard staff and her blue lightsaber in a thrilling duel with Grievous and his guards, but ultimately she is unsuccessful in protecting Palpatine from the droid general.

What do you think, Rebelscum fans? Are you a Shaak Ti fan? What are some of your favorite Shaak Ti figures? Let us know in the forums, and as always, may the Force be with you!
SEND