Funko Reveals New The Mandalorian TV Moment
Posted by Jeremy on April 30, 2020 at 07:12 PM CST
With the upcoming second series of The Mandalorian due to air on Disney+ (hopefully) in the last quarter of the year, licensees are keen to demonstrate that they're on the ball with tie-ins - and Funko is bang on trend with their latest television moment, a vignette of the titular character and his bounty. 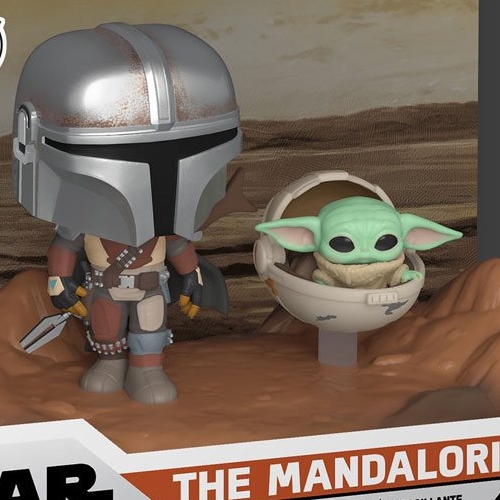 Traveling the outer reaches of the galaxy is more fun with a buddy! From the hit Disney+ show, The Mandalorian, the lone bounty hunter and the child have teamed up for this adorable Pop! moment.

Known by fans affectionately as "Baby Yoda", The Child floats along through the desert next to his protector. This Star Wars: The Mandalorian and Child Pop! Vinyl Television Moment Comes packages in a window display box.

Due out in September you can pre-order this from Entertainment Earth now for $29.99.
SEND