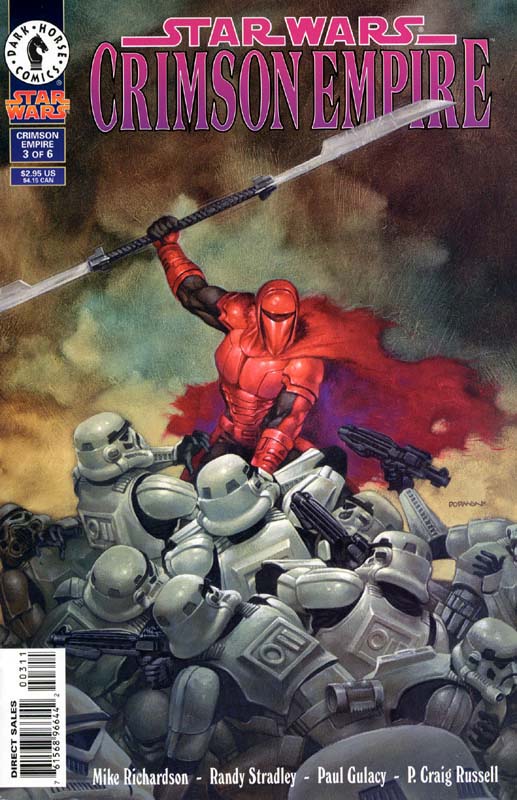 Greetings, Rebelscum fans! This week were covering one of the most criminally underrated storylines in Star Wars comics: Crimson Empire. Hopefully youve heard of this exciting saga of the Royal Guards in the years following Return of the Jedi, but if youve missed out make sure to read up on the seriess full history in our Expand Your Mind intro article. Theres a whole lot more Crimson Empire coming to the site this week, and make sure to subscribe to our YouTube channel in order to see Bobbys videos on the subject.

Crimson Empire showed the previously unseen training process of the Red Guards through flashbacks to Kir Kanos and Carnor Jaxs initiation under Darth Vader. Although their combat skills had been the subject of fans imaginations since their introduction, Crimson Empire was the first major storyline to show the fearsome warriors in the thick of action.

Like many of our favorite Dark Horse Comics storylines, Crimson Empire is deemed to be non-canon. That doesnt mean it's not an essential read, as the gripping eighteen issues fit nicely into the Expanded Universe timeline. Set in 11 A.B.Y., Crimson Empire immediately follows Heir to the Empire and Dark Empire in the chronology.

If you enjoy Crimson Empire and want to learn more about the Imperial Guards, weve picked out a few other interesting Legends projects that focus on the Crimson Empire characters, as well as some of Emperor Palpatines other elite protectors.

What do you think, Rebelscum fans? Do you like seeing the Crimson Empire characters pop up in different adventures? What are some of your other favorite appearances by the Royal Guards? Let us know in the forums, and as always, may the Force be with you!
SEND