Timeline Breakdown - Top Ten Expanded Universe Lightsaber Duels
Posted by Liam on August 3, 2022 at 08:24 AM CST
Hey there, Rebelscum fans! This week on the site were heading into the trenches of Jabiim, the muddy Outer Rim world where Obi-Wan Kenobi had some of his greatest adventures in both the Legends and Canon timelines. Stay tuned throughout the week for more insights on the new Obi-Wan Kenobi series, as well as videos, articles, lists, and merchandising updates on this exciting chapter in the Star Wars universe.

Jabiim is where Obi-Wan goes through some of his most challenging adventures yet. Obi-Wan and Anakin encounter Asajj Ventress during the Last Stand on Jabiim comic book arc. In Obi-Wan Kenobi, the Inquisitors track Obi-Wan to Jabiim. While Obi-Wan Kenobi features some of the best lightsaber duels in the history of the franchise, there are even more exciting standoffs in the Canon and Legends media. Check out our picks for the top ten lightsaber duels from the Expanded Universe. 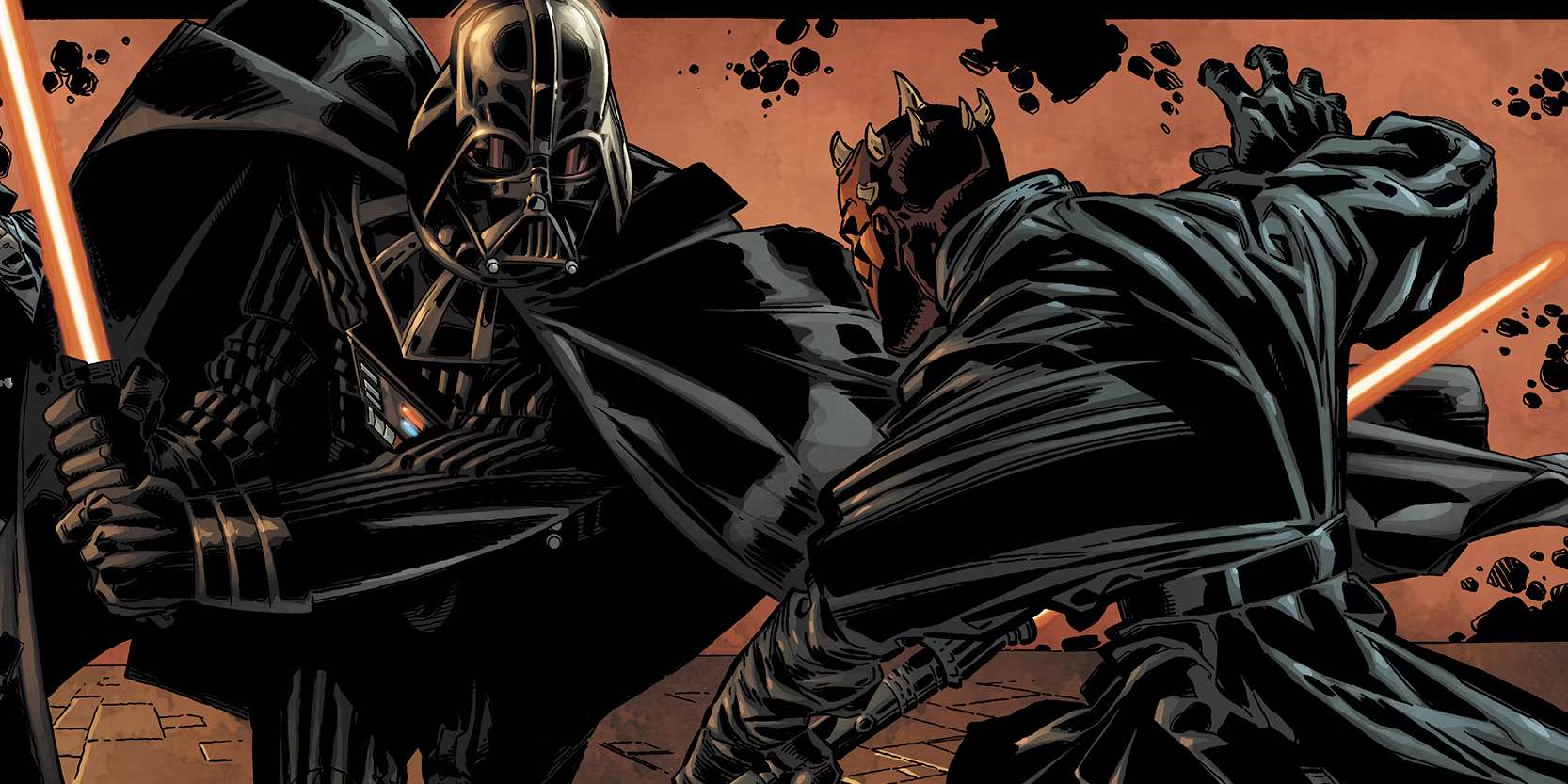 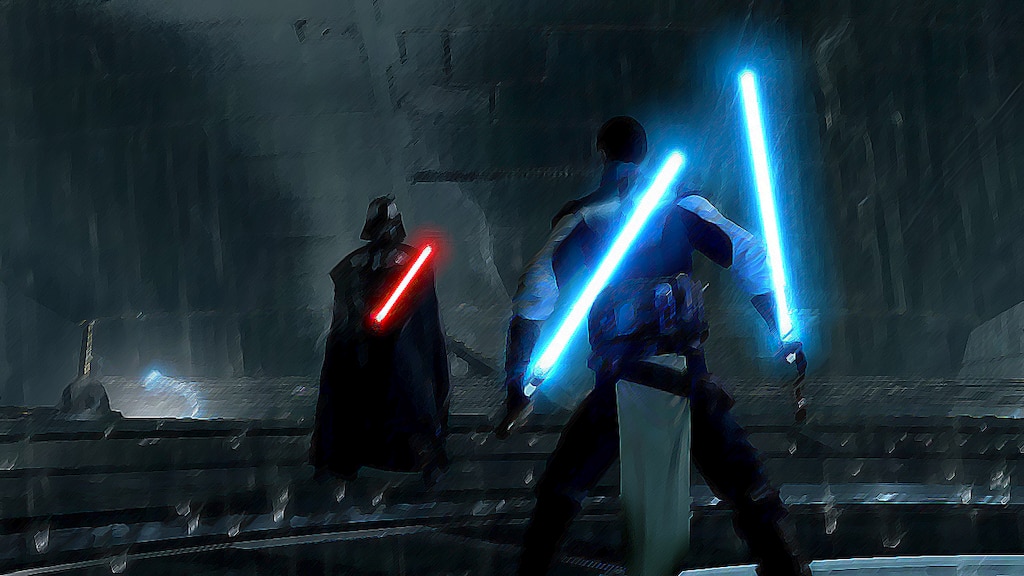 9. Starkillers Clone vs. Darth Vader - The Force Unleashed II
Its round two for Starkiller and Vader when the secret apprentices clone battles his abusive master on Kamino. 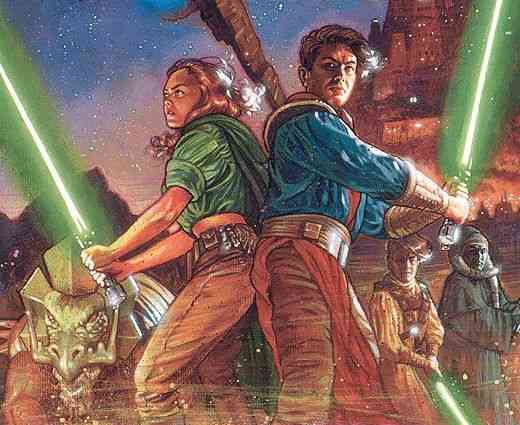 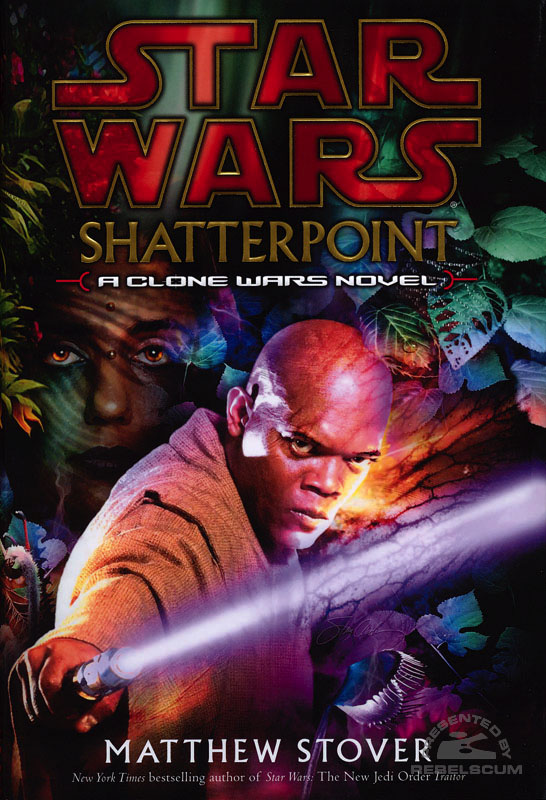 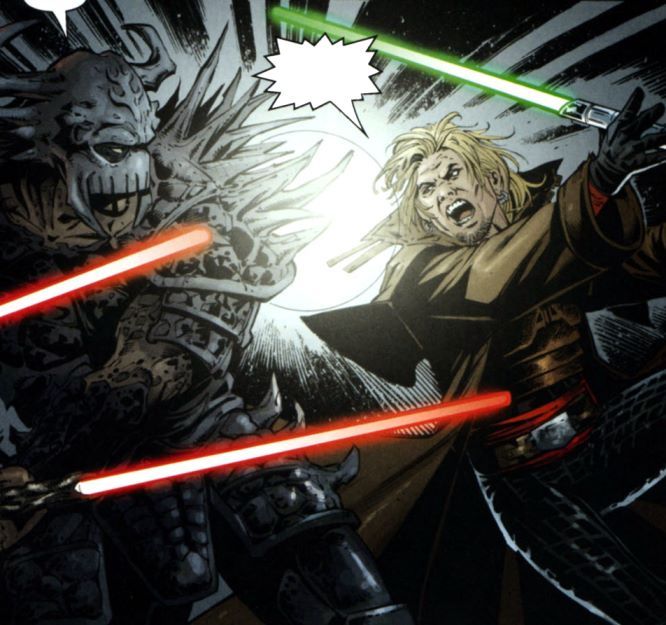 6. Cade Skywalker vs. Darth Krayt - Legacy
Cade Skywalker fulfills the legacy of his last name when he battles the ruler of the One Sith. 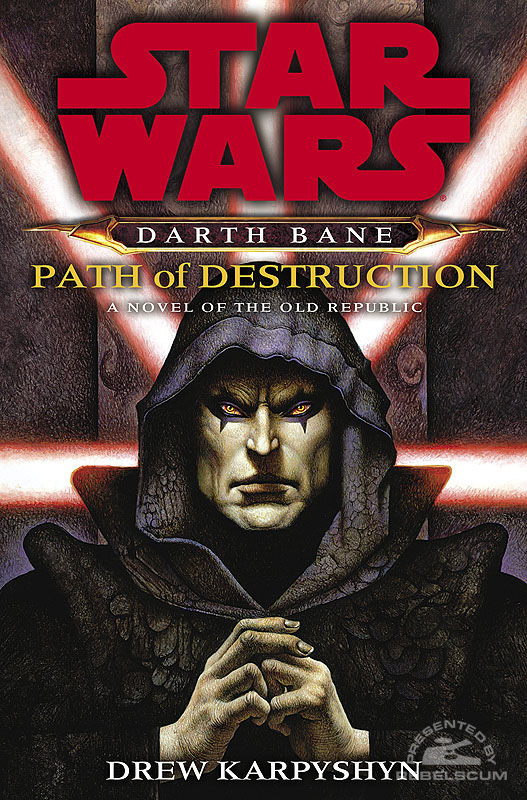 5. Darth Bane vs. Darth Zannah - Darth Bane- Path of Destruction
This is where the Rule of Two begins. Zannah slays her Sith Master, Darth Bane, in the final installment in the Darth Bane novel series. 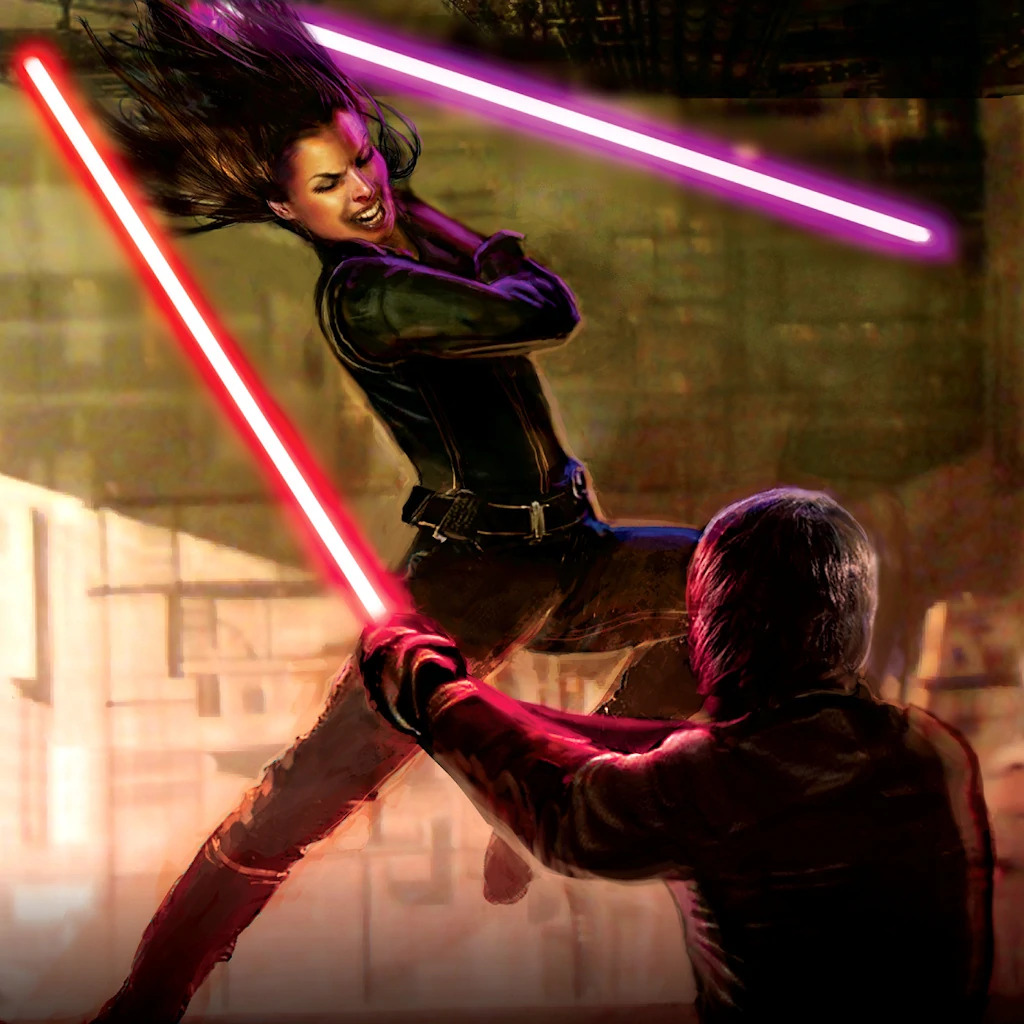 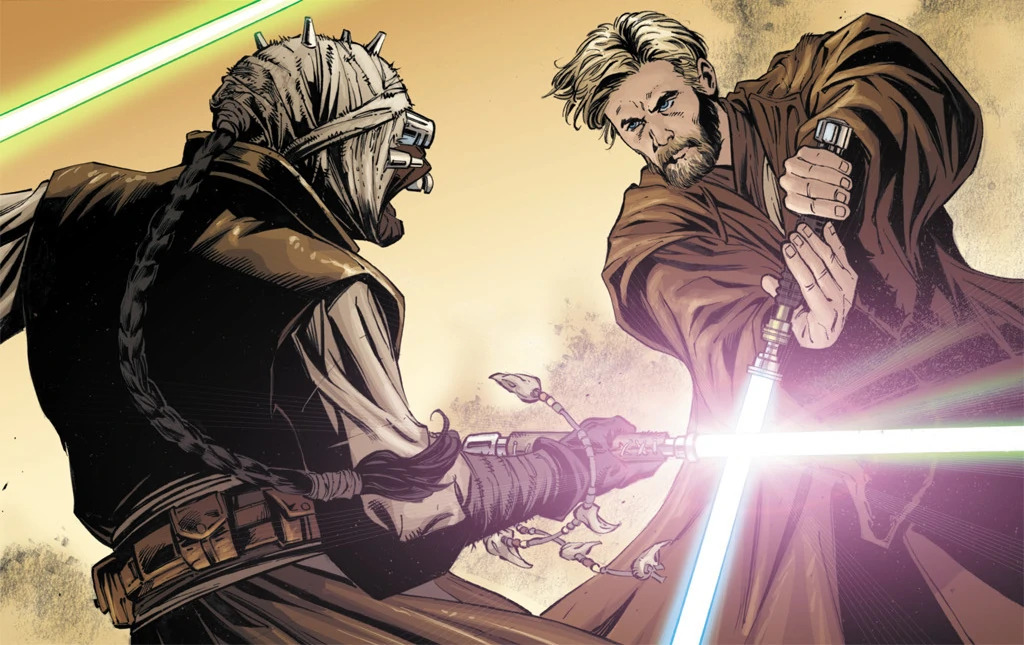 3. Obi-Wan Kenobi vs. A'Sharad Hett - Legacy
This flashback explores how ASharad Hetts failed attempt to kill Luke Skywalker forced him to go into exile, and become a Sith Lord. 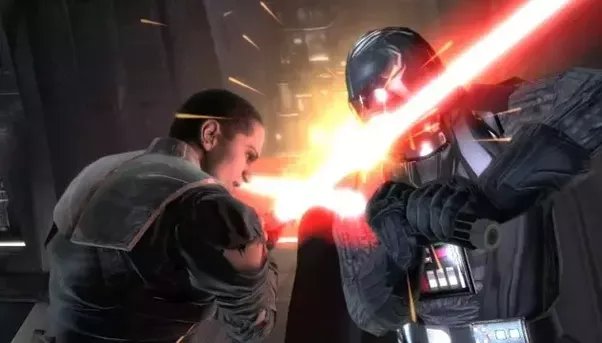 2. Galen Marek vs. Darth Vader - The Force Unleashed
In one of the most epic duels in Star Wars gaming history, players got to stand up to Darth Vader during his final encounter with Galen Marek on the bridge of the Death Star. 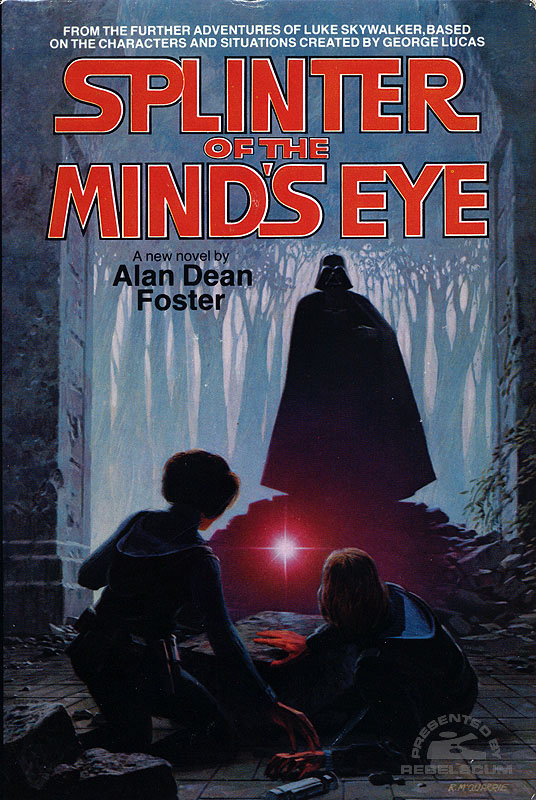 What do you think, Rebelscum fans? What are some of your favorite duels that just missed our list? Let us know in the forums, and as always, may the Force be with you!