LEGO: 75255 Yoda
Posted by Jeremy on December 6, 2019 at 08:02 AM CST
The year that celebrates the 20th Anniversary of the launch of LEGO Star Wars is casting its retrospective eyes back across the last two decades in a search for ways to commemorate the success of the line and the new 75255 Yoda set puts the spotlight on 2002.

When the first Yoda (7194) statue joined the Ultimate Collector Series line-up he became the first full body brick-built LEGO Star Wars statue - not including the special giveaway offered at Target stores in 1999 - and remained so until 2019.

Having made appearances in six Star Wars movies - count them with me: The Phantom Menace, Attack of the Clones, Revenge of the Sith, The Empire Strikes Back, Return of the Jedi and lastly (boom!) The Last Jedi - it was about time our little green goblin got re-immortalised in LEGO.


Having already been depicted in his self-imposed exile refuge of Dagobah, LEGO chose to rollback the clock 25 years to a time when he wasn't so decrepit and had the energy of a spritely 70-something. None of us will ever forget the duel Yoda had with Count Dooku, which we first learned about in 7103 Jedi Duel - released a few months ahead of the second of the Prequel Trilogy movies - and again thirteen years later in 75017 Duel on Geonosis, when the little green Jedi master downed a can of Red Bull and went batshit crazy in a face-off with his ex-apprentice-slash-Fallen Jedi-slash-Sith Lord.

Sure his head looks like he's a Furby with alopecia and his palsied eyes follow you around the room - but you wouldn't want to tell him that since, as we were reminded when Attack of the Clones made its debut home entertainment release on DVD, Yoda da man!

On first impression this set seems a bit off: it doesn't appear to have any flow, the organics come across as clunky and the overall appearance is creepy. But don't let this fool you, like it did me, because building 75255 Yoda leaves you with a totally different take on the construction, design and ergonomics of this set.

The first stage of the build is a Technic frame which perches on his gnarly (as in knobbly and not bodacious) feet. This doesn't exactly raise the excitment levels though, and it's not until you get to the end of the second bag and you realise Yoda's robes are starting to take form that it dawns on you that your opening opinion was erroneous. 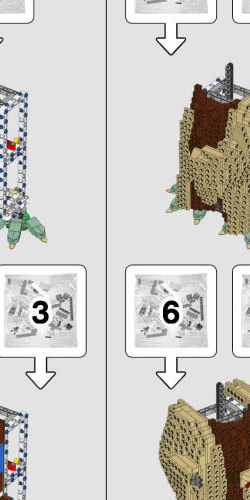 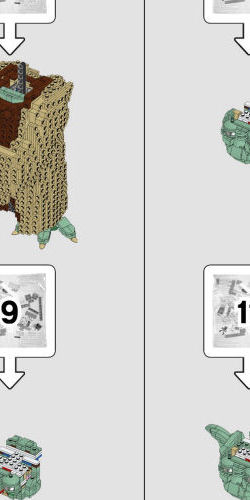 It's true that the head is a little bit angular and doesn't exactly convey Stuart Freeborn (the same can be said for the 2002 original as well), so adjust your expectations a degree and remind yourself this is rigid plastic and not flexible latex. If you can't get passed the stern eyes and tight-lipped mouth (that really does look like Kermit the Frog when he's biting back a pithy retort) then look to the ridged brow, because the use of curved tiles demonstrates Yoda's wrinkly pate quite well. just hold out for the lighstaber.

With his normally stubby fingers stretched around the hilt of his lightsabre, the Yoda model looks ready to strike. The handle is cleverly adorned and will immediately remind Master Replica collectors of the 0.45 scale version that came out at San Diego Comic-Con in 2005. 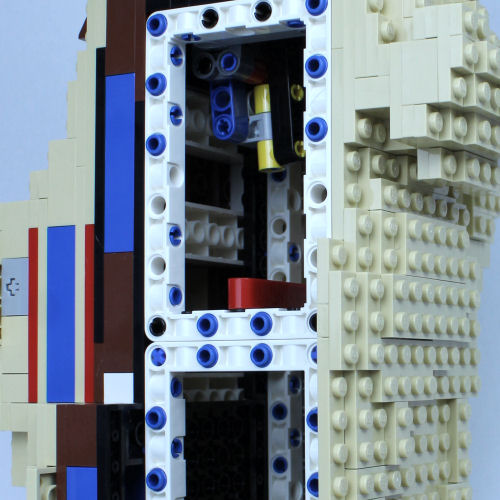 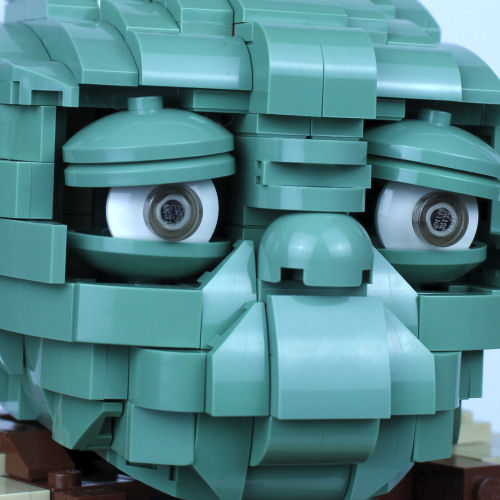 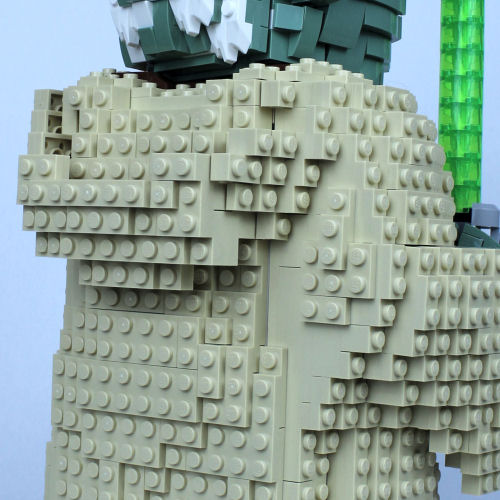 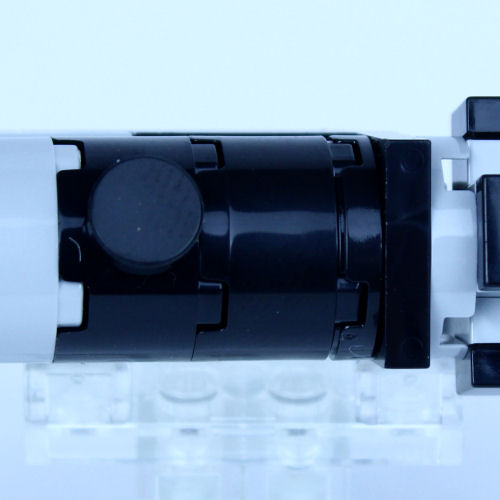 Though the organic part of the model might have its deficits, the use of curved tiles contrasts nicely with the stud-faced clothing, which enjoys an effect of being a course weave. Because the layers are built up vertically, instepped of the steped approach used in 7194 Yoda, the drape and drop of the robes is very well mimicked. These sections are very much a puzzle and while the instruction book designers have gone to great lengths to highlight each stage's elements, it is easy to find yourself jumping back a step or two so as to find where the piece you missed goes.

Of course Yoda wasn't a member of the Great Unwashed during Attack of the Clones and so didn't need a pan flute to busk for lunch money, hence his neck is unadorned in this model. That this costuming difference was recognised is a testament to the knowledge that exists in the LEGO Star Wars design team.

The data plaque includes important factations like height, a truncated list of apprentices and the character's political affiliation, but both his race and homeworld are still yet to be revealed. Though his origins are are clouded in mystery we can be certain that he is still ♥s the Big Apple.

It's easy to hate on this set - but it's a lot more appealing than you think and once it is finished it gels. It really does! 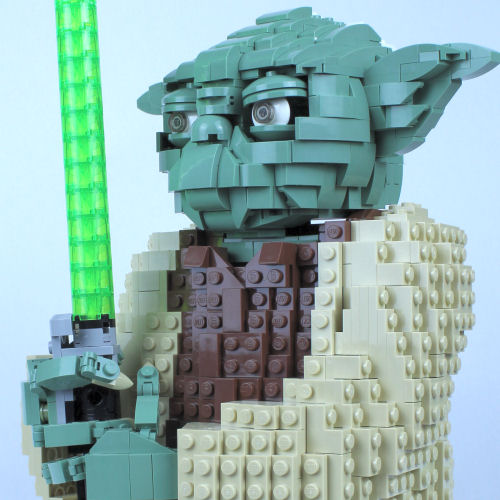 This model, with its UCS-style data plaque and minifigure, wouldn't look out of place along side 75187 BB-8 (retired) and 75230 Porg (retiring), both of which are Ultimate Collector Series sets in all but name.

No matter what you think of this set (or the definition of the UCS subtheme) just remember what Yoda says - look always on the brlight side of life the Force. 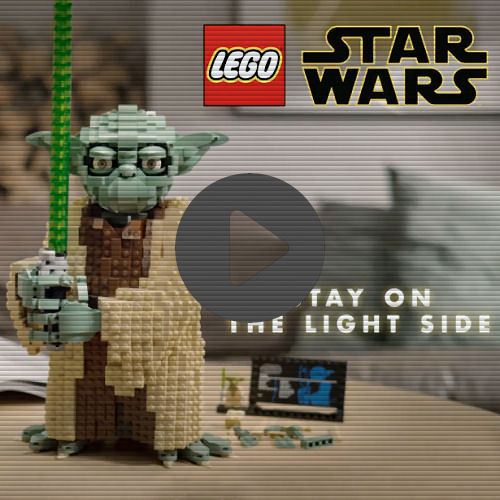 This set is available now at LEGO.com, Walmart, Amazon and Target, with an MSRP of $99.99.

Making your purchase using the affiliate links provided helps to generate a small income for Rebelscum. This always goes towards bringing you the latest LEGO Star Wars news.
SEND