LEGO: Is A BrickHeadz Jabba Coming?
Posted by Jeremy on July 14, 2019 at 03:02 AM CST
Long-term followers of our LEGO Star Wars news might remember that a recent report put forward the notion that a BrickHeadz Jabba the Hutt and Salacious Crumb dual-pack was due this year. New evidence suggests that this is more likely than not, and is coming out in time for Christmas.

For those of you not totally in the loop, the LEGO BrickHeadz theme has had its ups and downs since it was first introduced as an exclusive at San Diego Comic-Con in 2016. Largely concentrating on characters from pop-cultural IPs with over 70 sets and more than 150 different figures available - most of which have been made available at retail plus a few painful-to-find event exclusives - the line was seemingly an attempt by LEGO to get a foothold in the lucrative collectible Chibi figurine market. 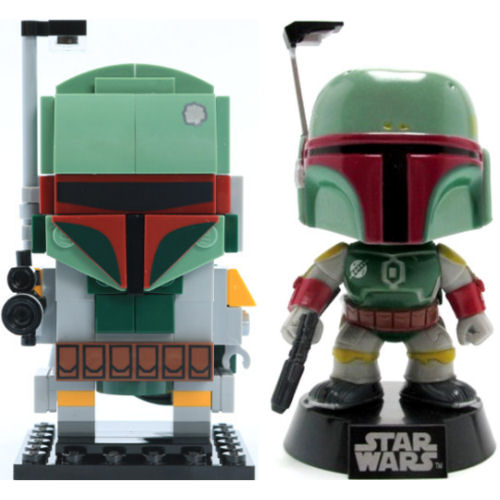 The first Star Wars set in the BrickHeadz theme didn't come until early October, 2017 when 41498 Boba Fett & Han Solo in Carbonite was released as a New York Comic-Con exclusive, and since then 13 sets with a 10 characters from the original, sequel and spin-off movies have made their way to collections and toy boxes around the world.

While rumours that the line was coming to an end have been quashed for now, the line-up of expected character releases has been kept under close wraps. Until now, that is because a little slip up by Amazon.fr indicates there's a new LEGO Star Wars Brickheadz coming soon. 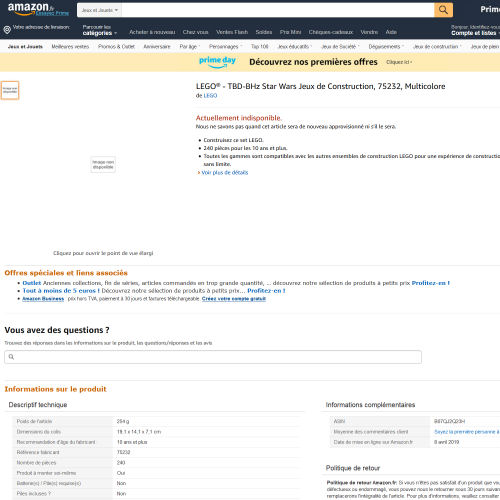 The product page, captured above for posterity, is for a BrickHeadz (BHz) of a Star Wars character that is to be determined (TBD). You'll get no argument from us that this isn't a great deal to go on, but there are a few salient details that points us towards this being more than a single character set, particularly the box's dimensions (19.1 x 14.1 x 7.1 cm), weight (254 g) and the set's 240 piece count which are much closer to the theme's dual packs than the single character sets.

So what leads us to believe that this could be a Jabba the Hutt set? It all comes down to an interview in which lead designer Marcos Bessa accidentally let slip that "a certain lizard creature-ish bad guy" was in the works now that the problems with converting its "weird form", which is the "opposite of the proportions of what the Brickheadz are," have been overcome.


What do you think - are you a fan of the Brickheadz theme and is a Jabba the Hutt on the cards? Share your thoughts over in the dedicated Star Wars Brickeadz section in our LEGO forums.
SEND