LEGO: What Else?
Posted by Jeremy on August 22, 2019 at 08:48 PM CST
If you were lucky enough to catch the leaked images of The Rise of Skywalker, The Mandalorian and other Triple Force Friday sets earlier today you'll be left wanting more.

You came to the right place!

Readers with elementary and middle school-age children, and die-hard collectors will probably be aware of the confused released of 75253 Droid Commander in August. What they probably aren't aware of is that the set's original release date of September 1st had a promotional polybag connected to it. With images of the completed build circulating collectors are hopeful this giveaway - which is said to be free with purchase of 75253 Droid Commander during September. We'll know more when the in-store calendar for September gets revealed in the next few weeks. 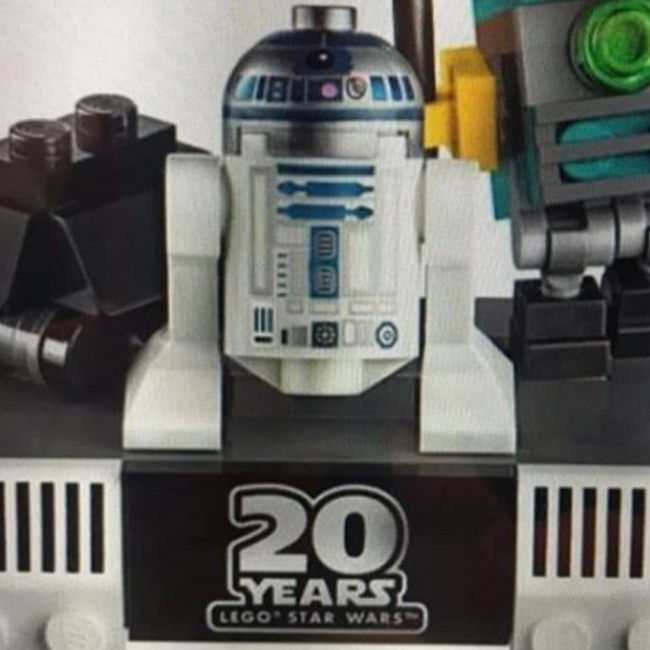 The big news of the last twenty-four hours came from stonewars.de who posted all the images of the sets and minifigs that will be on shelves from Triple Force Friday (October 4th, 2019). The lifespan of those images didn't make it to double digits before LEGO asked them to take the pics down. 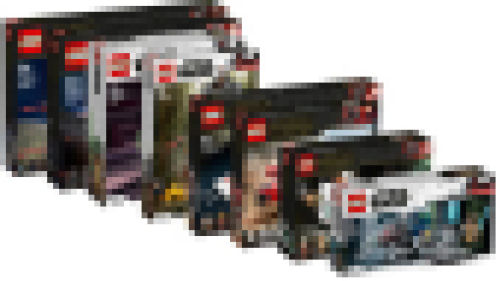 You can still read their description and then skip over to Reddit to see the images if you want. Or you might want to keep reading to check out our impressions (because, as Recognised LEGO Fan Media partners, Rebelscum can't share leaks anymore) and find out what else is coming to toy shelves in the next few months.

For starters there will be two packaging styles - the Darth Vader minifigure with the white brack background and Kylo Ren with a black brick backdrop. The latter is closely based on the same design that Hasbro revealed in April and is being attached to The Rise of Skywalker sets, while the white version with Darth Vader is the same one we've seen on all the non-20th Anniversary sets throughout 2019. This will be on those sets that aren't linked to the latest movie, due out mid December.

Having taking a beating during the evacuation of their base on D'Qar, the Resistance turns to more obsolete tech from the period known as the Galactic Civil Wars - aka the Original Trilogy - and utilises 75248 Resistance A-Wing Starfighter (269 pieces, US$29.99/29.99) and 75249 Resistance Y-Wing Starfighter (578 pieces, US$69.99/69.99) in their ongoing war of attrition against the seemingly limitless resources of the First Order.

There's no doubt that speeders are fun, but the question surrounding 75250 Pasaana Speeder Chase (373 pieces, US$39.99/39.99) is whether "Pasaana" is a new planet or happens to be the manufacturer of both speeders. Our bet is that - despite there being a very Niima Outpost looking stall included - the matching scene from the teaser isn't on either Jaaku or Tatooine.

Perhaps the budget at Lucasfilm didn't stretch to coming up with a new design for Kylo's personal command vessel or the First Order is feeling a budgetary pinch after losing so much of their fleet in The Last Jedi. Either way LEGO is taking the opportunity to update their incorrect The Force Awakens version with 75256 Kylo Ren's Shuttle (1005 pieces, US$129.99/119.99), which will have correctly deployable wings.

There will be plenty of fans rolling their eyes at the thought of another Millennium Falcon but hold your ocular orbs still for a moment because 75257 Millennium Falcon (1350 pieces, US$159.99/159.99) is a big step in the right direction. The hoaky accoutrements that decorated the Falcon in The Force Awakens and The Last Jedi have been stripped off and our favourite flying hamburger has a round communication dish again. The mandibles are set in the correct positions, fixing the mistake of 75212 Kessell Run Millennium Falcon, and all the hull plates nestle together - leaving no gaps!

With a couple of really decent Death Star playsets (including 75229 Death Star Escape) in their back pocket, LEGO have created a combo scene that shows Obi-Wan Kenobi on the tractor beam controls and an adjacent turbolaster cannon in 75246 Death Star Cannon (159 pieces, US$19.99/19.99)

Derelict war machines from the crumbling Empire gets put to good use in 75254 AT-ST Raider (540 pieces, US$49.99/59.99), from the upcoming The Mandalorian TV series. It's worth remarking that there is only one set from The Mandalorian coming out for TFF, which is odd considering how much effort is being put into hyping a show that is going to be a showcase production for Disney+, which launches on November 17th. This is being taken as indication of either a retailer exclusive (or two) or a second wave before the end of the year. Our bet is on a spaceship and a speeder.

If the prices are to be believed LEGO is predicting that the US dollar and Euro will reach parity in the next six weeks. 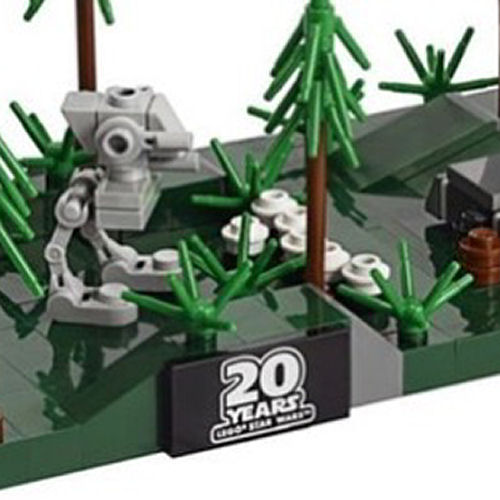 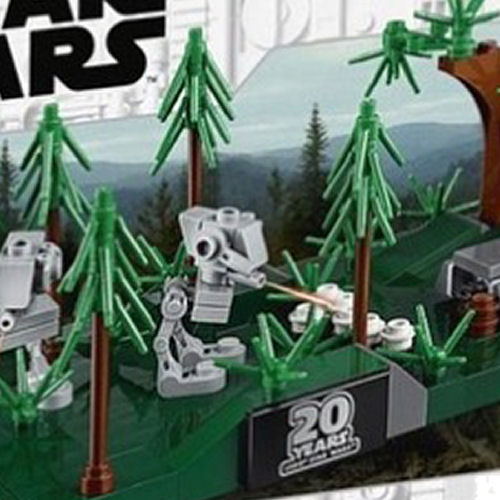 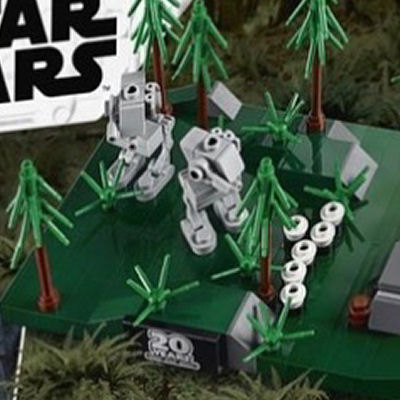 There is a heavily rumoured UCS set due very soon and all indicators point to it being a wedge-shaped Imperial starship. Generally speaking these large sets are D2C - meaning they are exclusive to LEGO for first 3 to 6 months - but its listing on Amazon.co.uk may mean it is a co-excluisve. If that's the case then the suggestion that the 30624 Obi-Wan Kenobi minifig that started popping up on secondary markets two months ago leads deep thinkers to believe that this is a sweetener from LEGO. That this polybag is being listed on eBay by sellers in Australia, the United Kingdom and America - countries all with official LEGO outlets such as Brand Retail Stores and LEGOLAND Discovery Centres - is helping to make the case. 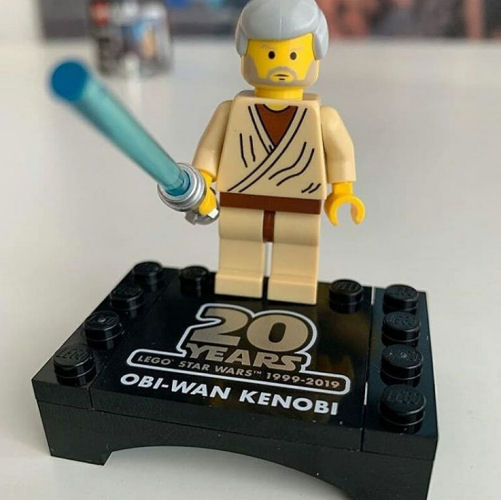 It's worth noting the lack of sets from Resistance, which has just had the trailer for the final season released. Will the show's fan ever see the two main character's racers? It's not looking likely.

With the LEGO winter release schedule traditionally not coming out until January (with the exception of a few embargo breakers) many retailers are complaining they can't get new products in to meet the post Star Wars movie release demand for new products and the Christmas sales rush, there are those who believe that LEGO might capitalise on a the Black Friday shopaganza and release a small number of non-The Rise of Skywalker sets, possibly with select retail partners as LEGO did during the Amazon Prime days.

There is no hard evidence to suggest this is happening, but speculators are looking at the timing the the announcement that revealed 75270 Obi-Wans Hut and 75271 Luke Skywalkers Landspeeder (which were originally slated as January sets). That some minifig head elements for these sets have appeared in specialist Hong Kong toy shops with connections to the LEGO factories in China is another case for an early release it is believe. Typically leaked elements start showing up on the market 10 to 12 weeks before a set gets released, and these started appearing a few weeks ago.

After this point the picture becomes very unclear and with only scant detail and compeling rumours to go on we can't offer much in the way of guidance. The release of 75270 Obi-Wans Hut and 75271 Luke Skywalkers Landspeeder is a given, and are the only two confirmed sets in the Winter wave.

Anumber of sources have shared coded retailer stock lists that share little detail, but deep diving on sources' part has expanded our knowledge slightly:Of the aforementioned compeling rumours there is word that set 75232 Conf_BHz could be a Brickheadz Jabba & Salacious Crumb and there is a new subtheme of two collectible helmets being included in upcoming product drops.

That's it for now. Hopefully this will help readers plan their budgets accordingly. And if this is all getting to much then remember: there's always money in the banana stand! 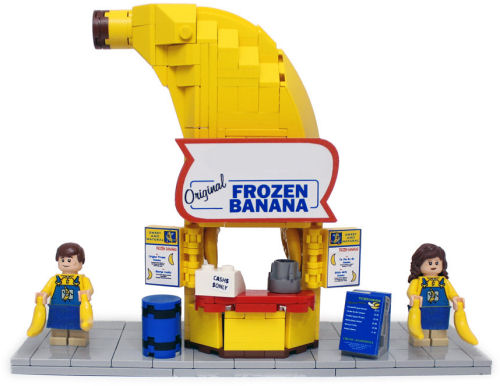 Rebelscum reader and the man behind the Banana Stand build - Bruce Lowell - has sent word that Rebelscum's readers can get 25% off the last remaining five sets! Just click on the above image and enjoy your Balboa Island goodness.