Skywalker Saga Art & Dates Revealed
Posted by Adam on May 8, 2020 at 06:28 PM CST
That day of days - May 4th - came with a big surprise when starwars.com shared an interview the developers of the upcoming LEGO Star Wars: The Skywalker Saga and got to reveal of key art from the game. 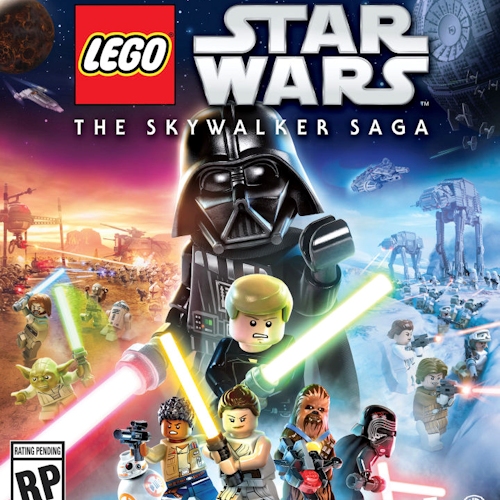 As key art is defined as the singular, iconographic image that is the foundation upon which a product's marketing campaign is built on, the graphic above - which depicts combined elements of the three Star Wars trilogies - is not necessarily the game's cover or a promotional poster.

The article teases that the game - which is "arriving later this year" - will be available for Xbox One, Switch, PlayStation 4 and PC and will include all-new adventures encompassing the nine Skywalker saga films, with 500 playable characters, five missions for each movie and will encorporate new vehicles - like 75292 The Razor Crest and 75288 AT-AT that can be unlocked through LEGO sets.

Learn more about the history of these amazing games:

The week's biggest upset came when This Week! in Star Wars - the official Star Wars internet news show featuring a quick and snappy rundown of the weeks Star Wars news and tidbits, along with some special shout outs and historical factoids - managed to slip in the game's release date into their latest episode.


With the October 20th shelf date announced you can be sure that we'll start seeing some hard content hints coming out over the next few months - and if this game's promotional campaign is anything like the LEGO Star Wars: The Force Awakens campaign, we're in for some exciting times.

UPDATE: the original Youtube video has been edited and the release date of October 20th cut out.

Pre-order it now on four different formats from Amazon.com and Gamestop, Walmart.com, as well as wishlist it on Steam, for $59.99.
SEND

"El cuarto de chateo"
Wampa Cave by Hyperdrive
Recent Acquisitions - The Vintage Collection
New Retro Line
What is your latest Kenner acquisition?
My Childhood Last 17/Power of The Force
You shouldnt have come back