UK News: LEGO May The 4th Be With You Flyer Found
Posted by Jeremy on April 23, 2019 at 08:27 AM CST
As reported by our brothers Brick Fanatics earlier today, a flyer for the promotions and exclusives being offered at LEGO brand stores in the United Kingdom has been discovered.

The flyer, which has been mailed out to VIP members indicates that - like any good movie saga - the promotion comes in three parts and runs between May 3rd and 6th.

The first of the three elements is a make and take, running from 4 to 6 pm on May 3rd, which will give participants a miniature version of 75244 Tantive IV, which officially gets put out on shelves on May 4th.

Shoppers will also be able to collect a free gift with purchase during the four days of the festivities - a purchase of £35 on LEGO Star Wars will be rewarded with a free polybagged 30383 Naboo Starfighter set while spending £75 will see a 40333 Battle of Hoth  20th Anniversary Edition gift-with-purchase. 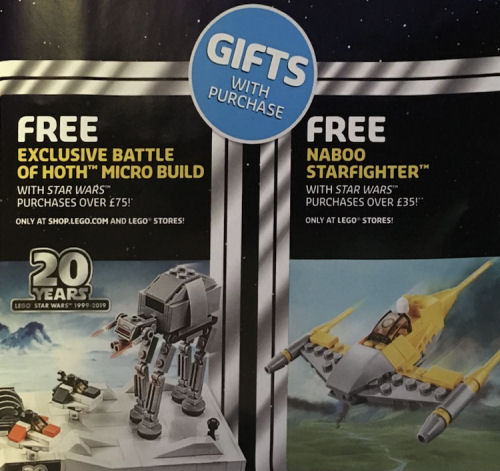 Members of the LEGO VIP rewards programme are next in line to benefit, who will get a free promotional poster depicting the 20th anniversary colleiton with a £75 purchase of LEGO Star Wars items. 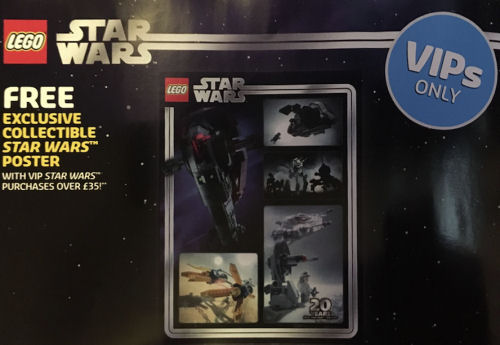 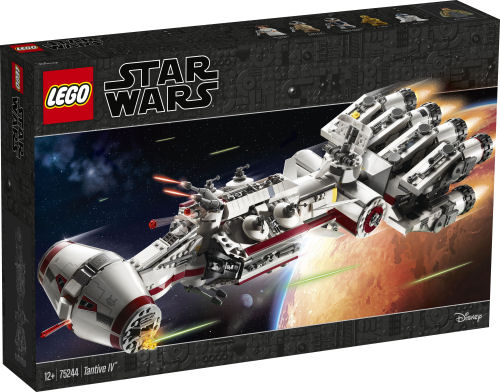